Not ready to put that label on it yet. Cody Simpson revealed where his relationship with Miley Cyrus stands amid her divorce from Liam Hemsworth.

The singer, 22, addressed whether his fellow musician, 26, is The One at the Tiffany & Co. men’s collections launch on Friday, October 11. “Oh, I don’t know,” he admitted to Us Weekly and other reporters. “It’s too early to say.”

Simpson’s romance with Cyrus first made headlines on October 3 when the pals were spotted kissing in Los Angeles shortly after she ended her month-long fling with Kaitlynn Carter. 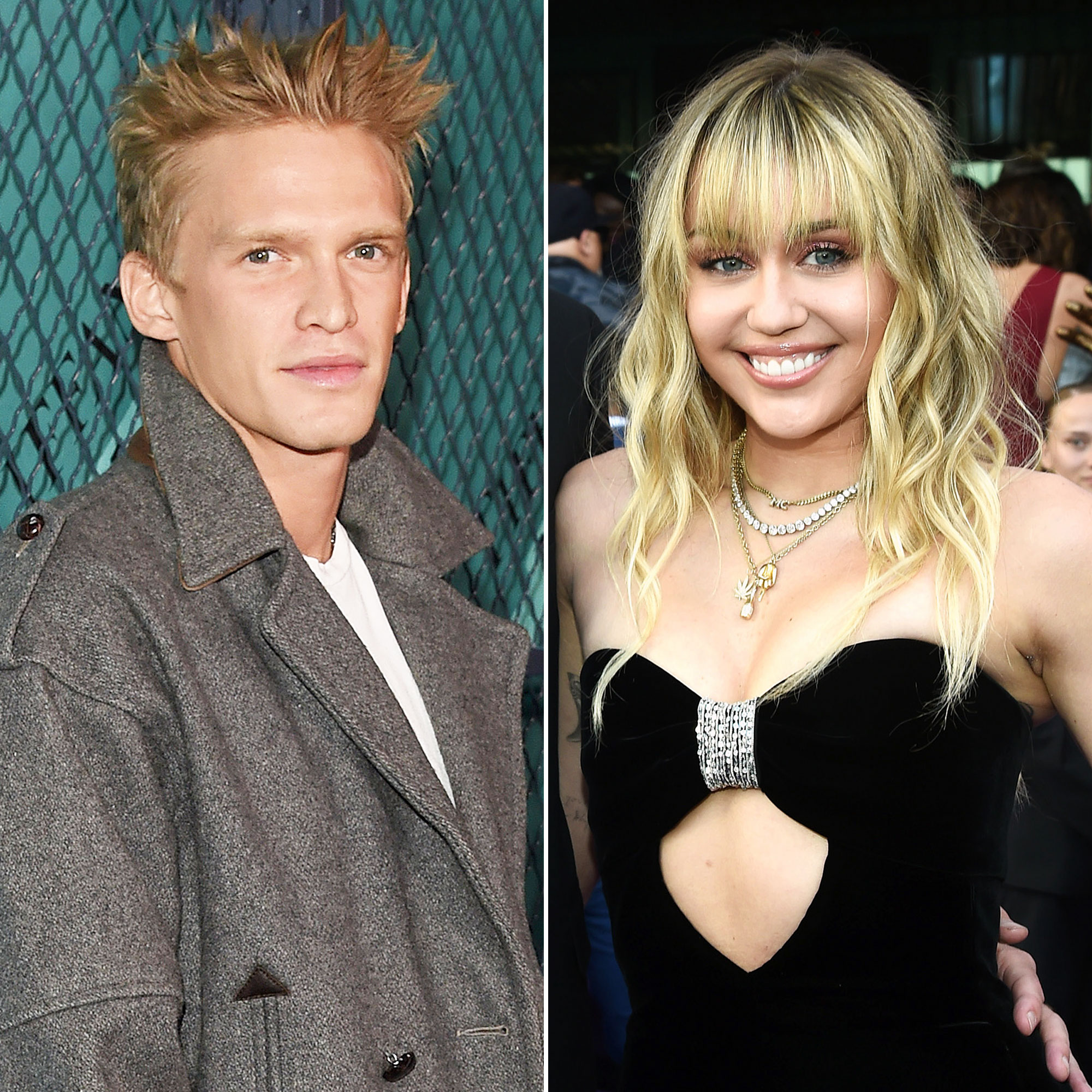 Cyrus also defended her decision to get back out there following her August split from Hemsworth. “This ‘ dating ‘ thing is new to me too. I’ve never been an ‘adult’ / grown ass woman experiencing this,” she wrote in a lengthy Twitter post earlier this month. “I was in a committed relationship for almost All my teens and early 20s ; with the exception of a few breaks.”

She added: “PLEASE don’t make this awkward for me! … Get used to me dating – this is where I am at !”

Simpson, meanwhile, opened up about their relationship on Friday. “That had never happened to me before,” he told reporters of escalating their friendship. “Any girlfriend that I’ve had in the past has always been immediate romance, and so it’s kind of like a different experience having been friends with somebody before and developing that into something more. It’s just like a very natural, healthy feeling.”

Hemsworth filed for divorce in August, 11 days after Cyrus announced the estranged couple’s separation. The pair tied the knot in December 2018 following 10 years of on-and-off dating.

The Hunger Games star has moved on too. A source told Us that he and actress Maddison Brown were “making out all night” while on a date in New York City in the wee hours of Friday morning. According to another insider, the actor is “so into” the Dynasty star, 22.

With reporting by Carly Sloane