Comparing Meghan Markle's Wimbledon Style, Before and After She Became a Royal 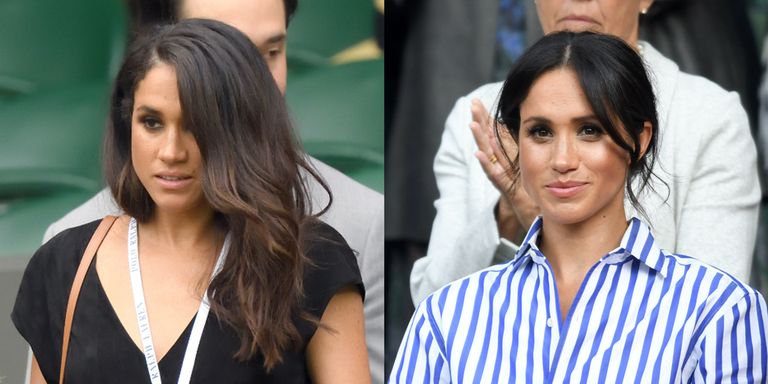 2018 marks the first time that Meghan Markle has attended Wimbledon since she became a member of the royal family. But the former actress has also attended the sporting event in the past, prior to her marriage to Prince Harry. And the Duchess of Sussex’s style was very different back then.

Back in 2016, around the time that it’s rumored that Meghan and Harry met, the now-Duchess attended Wimbledon, and she was dressed very differently. At the time, the single Suits actress was apparently a guest of Ralph Lauren at the tennis, and she didn’t have the royal style rules to follow that she now must live by.

Photographed at Wimbledon on June 28, 2016, Meghan wore a white shirt, with her favorite Maison Michel hat, and a simple pair of sunglasses:

A few days later, Meghan attended Wimbledon again, this time wearing a revealing wrap dress. With a low neckline, and showing a lot of leg, the actress’ look would no longer be appropriate for the Duchess of Sussex:

It’s undeniable that Meghan looked stunning on both occasions that she attended Wimbledon in 2016, but as a member of the British royal family, she has a set of style rules she must adhere to.

It was also reported that Meghan is not allowed to wear her Maison Michel hat when sitting in the royal box at Wimbledon. However, this isn’t due to royal protocol, but down to the fact that hats could block the views of other attendees.

Still, Meghan took her favorite hat to Wimbledon, and even though she didn’t wear it, it’s proof that some things never change.