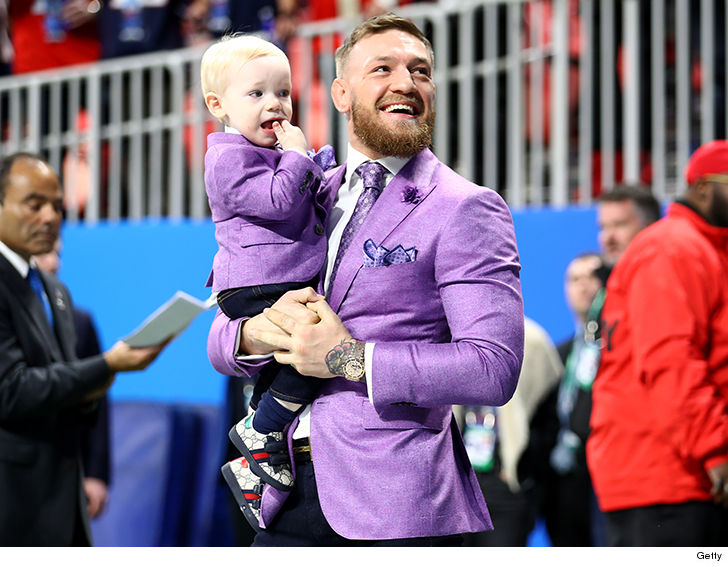 Conor McGregor is BACK in America — this time, no violence … just cuteness!!

The UFC superstar and his 1-year-old son, Conor Jr., just arrived at Mercedes Benz Stadium in Atlanta, in matching purple suits … and they’re both STYLIN’!!!

Conor is a huge Dallas Cowboys fan — he became with friends with Jerry Jones in 2018 — but since they’re not in the big game, unclear who Conor will be rooting for.

One thing’s for sure … Conor ain’t missing an opportunity to flash his mug at the biggest sporting ever of the year!!