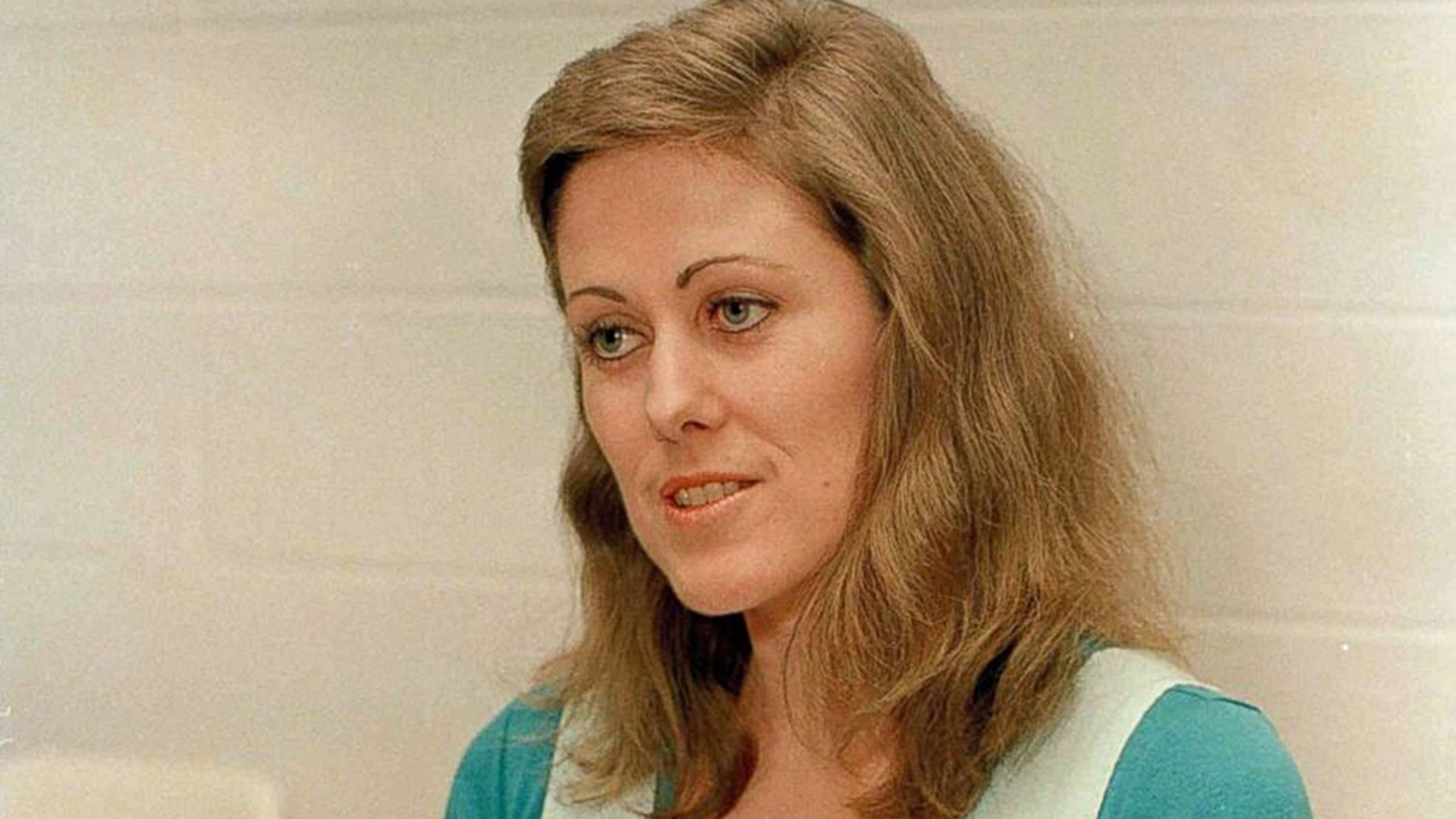 Diane Downs during an interview at the Correctional Institute for Woman in Clinton, N.J., March 12, 1989.
(AP Photo/Peter Cannata)

Becky Babcock is speaking out about her infamous mother, Diane Downs, who was convicted of killing her own 7-year-old child and attempting to murder her other two children, ages 8 and 3, in Springfield, Ore., back in 1983.

Becky was born the following year, while Downs was incarcerated, and was adopted by a family some time later. She came forward in a “20/20” documentary Friday to detail how she learned about her real identity.

“I knew my entire life that I was adopted,” said Babcock in a clip obtained by People magazine. “I can’t remember a specific time when my mom or dad said ‘you’re adopted.’ But when I was about 8 years old, I started asking questions about the adoption. There was just a little part of me that felt I was searching for something else. I was searching for that blood tie.”

Downs had told investigators that she and her children had been shot in a carjacking. However, police found a diary detailing her obsession with a married man who didn’t want children. Downs was then charged with killing her daughter and convicted and sentenced to life in prison, plus 50 years. 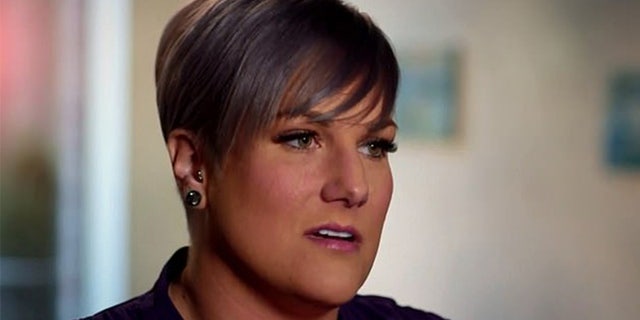 While she had a supportive, positive upbringing, she still wondered why her biological mother wasn’t the one raising her. Then at age 11, Babcock tricked her longtime babysitter into revealing the name of Downs, who is 63 today.

Babcock had also learned that a book was written about Downs. Once she got the name from her babysitter, she headed to a bookstore and discovered everything about Downs’ shocking case. 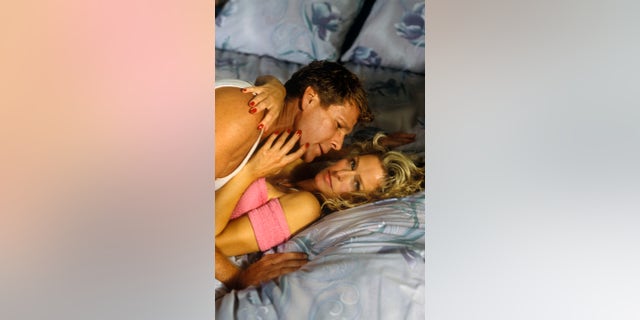 Farrah Fawcett played the role of Diane Downs for the TV movie "Small Sacrifices," alongside Ryan O’Neal. The 1989 movie, shown in two parts, was based on the best selling true story by Ann Rule of the same name.
(Photo by ABC Photo Archives/ABC via Getty Images)

“I saw who she was and what she looked like,” said Babcock. “It wasn’t a face that I wanted to see. … Just the cold look in her eyes scared me. … The reality set in that that’s who gave birth to me. … I slammed the book shut and I left.”

According to the documentary, Babcock did learn more details about Downs with time. But after watching a two-part miniseries based on the book, she said her life went into “a downward spiral.”

“I was living with my boyfriend or living with friends,” recalled Babcock, who began taking “more intense” drugs. “I was not nice to my parents. I was angry. I was hurt. … I lashed out.”

At age 17, Babcock became pregnant with her son Chris. Then in 2006, she had a second son. But before giving birth, she and the baby’s father broke up, forcing her to move into a homeless shelter. According to the special, Babcock called her parents and placed the baby for adoption, ensuring the child would have a brighter future. After her second child was adopted, Babcock was compelled to contact Downs. 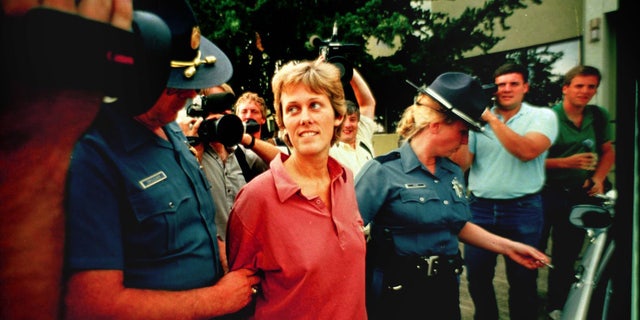 “The first letter I wrote Diane, I must have written 100 times,” said Babcock. “I was nervous. It was exciting. It was scary. I wanted to relate to her – not as a mother, because I had a mother – just as somebody who felt the pain and the emptiness that I felt in that time. She wrote back super quickly. When I looked in the mailbox and saw her letter, it was like Pandora’s Box. ‘Do I open it? Do I throw it away? Did I make a mistake?’

“I didn’t just tear it open and started reading. I sat and I thought about it for a while, and I chose to open that letter. I chose to, in a sense, allow her into my life.”

Babcock admitted it was terrifying to learn that she was related to a woman who had committed such heinous crimes.

“It was very scary to have any relation to that woman,” said Babcock. “That’s what really scared me. … To feel any sort of connection to such a monster. … A part of me was afraid that’s where I came from, does that mean where I’m going?”

While the first exchange of letters between mother and daughter were positive, things became stranger.

“They progressively got more and more insane – conspiracy theories, people watching me my whole life – just really scary things,” explained Babcock. “And that’s when I completely regretted messaging. … She sent, you know, 12 pages of how she’s innocent, and ‘This is who really did it,’ she thinks.” 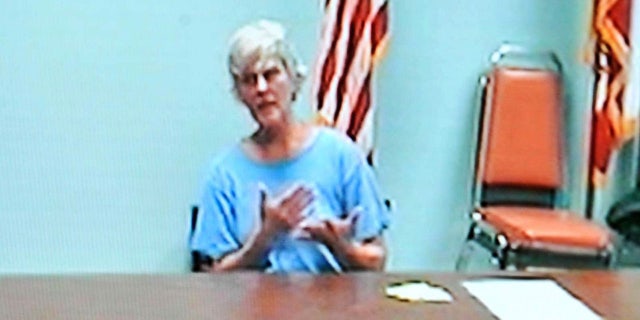 Diane Downs testifies before an Oregon parole board on Dec. 10, 2010, which unanimously ruled that she remained dangerous and must stay in prison. The board also ruled Downs ineligible for further parole consideration for 10 years.
(AP)

Babcock claimed Downs eventually accused her of being part of a conspiracy and was attempting to harm her. Babcock ultimately told Downs to stop contacting her.

“I had to accept that she really does struggle mentally,” said Babcock. “She really does have something wrong with her. And, it doesn’t mean that I do too.”

Babcock shared she attempted to reach out to siblings Christie and Danny, who were both adopted by the prosecutor who tried their mother. However, she claimed they were not interested in talking and wanted to live their lives “without the stigma of being Diane Downs’ children.”

According to the special, Babcock doesn’t know the identity of her biological father.

Babcock, now a proud parent of a teenage son, said she participated in the documentary to share how her life has changed over the years.

“When I was young, I worried that I would be like Diane Downs,” said Babcock. “As I grew up, I realized nature is not gonna win over nurture.”

Babcock also stressed that she still does not want to see or hear from Downs.

“It’s taken me a long while to get to the place where my story is my own,” she said. “I’ve worked really hard through life to overcome those obstacles. To realize that even though that’s biologically my makeup, it’s not who I am inside. … I have closure to the whole situation.”