Courteney Cox is showing off her love for Johnny McDaid! The 56-year-old actress took to her Instagram Story on Wednesday to share a pic with her on-and-off beau of more than seven years.

In the sweet selfie, Cox cuddles up to 44-year-old McDaid while outside for a walk. The pair offers soft smiles to the camera in the loving shot, which Cox captioned “Into the woods…”

The pic marks the couple’s first publicly shared image since they reunited after nine months apart due to COVID-19 quarantines and restrictions.

They did release a video together last month, in support of Ráth Mór Creggan, a charity working within the Irish community of Creggan. 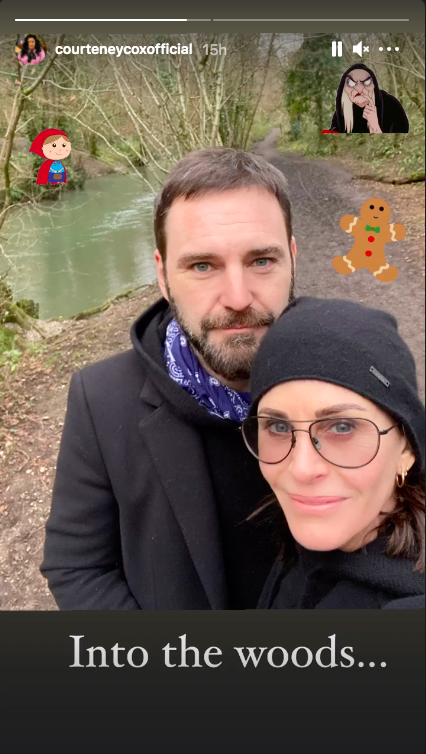 Before they reunited, Cox revealed on The Vinyl Supper With Foy Vance that McDaid “left and the next day the whole country was shut down.”

“He was supposed to go to Switzerland to write. He went to England first, then all of the sudden they called quarantine,” she said during a May appearance on The Ellen DeGeneres Show. “I have not seen him in so long. You don’t realize — I mean, we spend a lot of time on FaceTime — now it’s like, ‘Oh my god, I just miss his physical touch.’ It’s been hard. This is the longest time.”

Watch the video below for more on the couple’s time apart due to quarantine.