Debbie McGee, 60, sat down with her former Strictly Come Dancing co-star Janette Manrara, 35, to chat for the dancer’s YouTube vlog, Talks With Janette earlier this month. Remembering the beginning of her Strictly journey, the radio host, who was married to Paul Daniels until his death in 2016, said she didn’t enter into the BBC competition with a particular professional partner in mind. “Whoever it is I’m going to have a good time with,” she recalled thinking. However, it wasn’t long before she was introduced to Giovanni Pernice, 28.

“What happened was, on that very first day we started learning the launch show dance and I had this one little bit with Giovanni, just six steps our something,” Debbie explained. “And that was it, then I knew I wanted Giovanni. Then.

“We just connected,” she added.

“So, it was love at first dance with Giovanni?” Janette quipped, prompting the star to reply: “Yeah, it was.

“He said the same about me,” she said.

“He was crossing all his fingers that he would get you,” Janette chipped in. “I think a few of the boys really wanted to dance with you, to be honest!

“They were really excited,” she laughed. 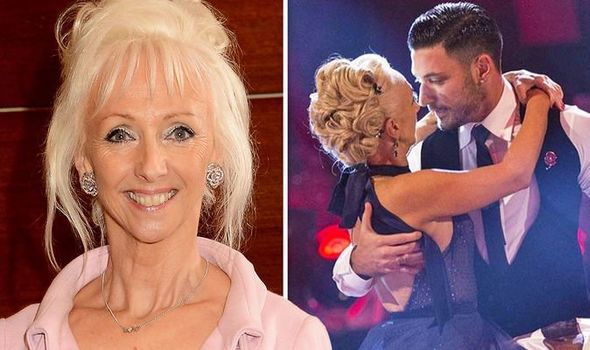 Debbie and Giovanni won over both the viewers at home and the Strictly panel during their time on the show back in 2017.

They went on to make it all the way to the final but lost out on the Glitterball trophy to actor Joe McFadden, 43, and his professional partner Katya Jones, 29.

The pair formed a strong bond on Strictly and have remained firm friends ever since.

At the time, they became the subject of speculation about the nature of their relationship, but both denied they were anything more than friends.

Earlier this month, Debbie McGee and Giovanni Pernice reunited on his tour, Dance Is Life, when she attended to cheer him on in London.

Despite their close relationship, Debbie previously said she hadn’t told him about her breast cancer diagnosis last year. 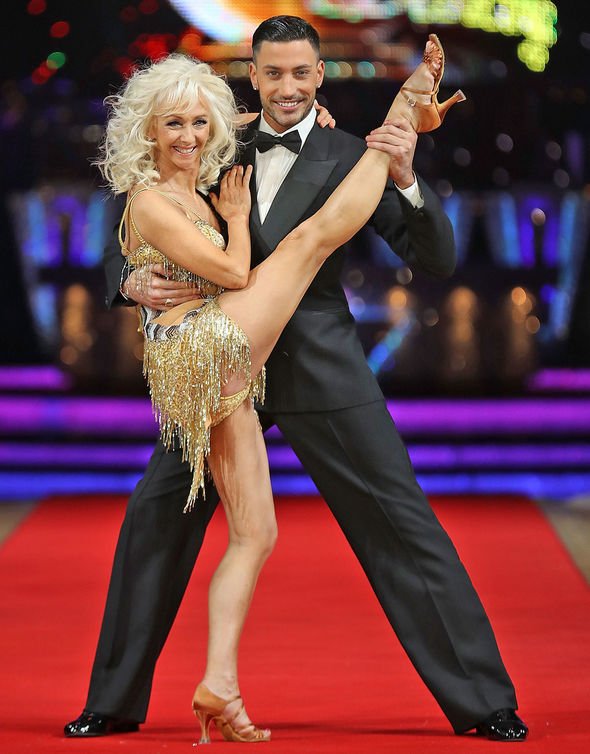 The former magician’s assistant spoke publicly about her diagnosis for the first time in January, saying she had learned she had early-stage breast cancer in October and had since undergone surgery to remove two small tumours in her left breast.

She said she had been given the all-clear but would be continuing to have regular check-ups with her doctors.

Debbie told The Sun she hadn’t informed Giovanni at the time, saying: “I haven’t told many other people apart from my family.

“We’re in touch quite a bit and he’s on the arena tour at the moment. But we’ve still been in touch.

“We send each other jokes and different things and make each other laugh still,” she continued.

However, Debbie said she hadn’t seen Giovanni since the beginning of the latest series of Strictly due to their busy schedules.

“I’ve seen him once because I came along to one of the recordings after Blackpool but I had to go because I was working the next day,” she clarified. “So I didn’t stay in the been room very long.”