Donna Rice Hughes has rebuilt her life after an alleged sex scandal ruined her reputation.
(Facebook)

Donna Rice Hughes’ reputation was shattered when she was accused in 1987 of having an affair with Democratic presidential candidate Gary Hart.

But Hughes has managed to rebuild her life in the last several decades, the now-60-year-old told the State of Columbia, S.C.

During the 1987 presidential campaign, the Miami Herald reported that Hughes, a then-29-year-old model-actress, spent the night with Hart, then a U.S. senator from Colorado. The story set off a media frenzy and derailed Hart's candidacy.

The story is now the subject of the new film “The Front Runner,” starring Hugh Jackman as Hart. 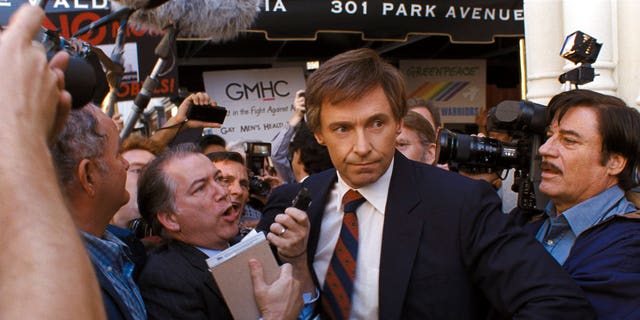 FILE: This file image released by Sony Pictures shows Hugh Jackman in a scene from "The Front Runner."
(Sony Pictures via AP)

“I was blindsided and thrown into a media feeding frenzy,” Hughes recently told People magazine. "I kept saying, 'I just wanna go home.' … The media fixated on me for the next 18 months."

“I was blindsided and thrown into a media feeding frenzy. I kept saying, ‘I just wanna go home.’ … The media fixated on me for the next 18 months."

Hughes says she stayed out of the public spotlight for nearly 10 years. She testified before Congress in 1995 to speak out against pornography on the internet. Hughes also founded "Enough Is Enough (EIE), a non-profit organization that raises awareness about internet pornography, sexual predators and cyberbullying.

President Trump during the 2016 election signed the EIE's Children's Internet Safety Presidential Pledge which called upon the future president to pledge to enforce existing federal laws designed to prevent the sexual exploitation of children online.

Hughes is also a mother and grandmother. She is reportedly working on a biography to tell her side of the 1987 debacle.