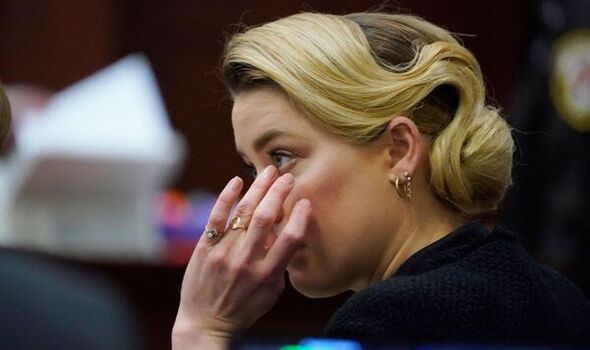 And Heard, 36, accused her exhusband of stubbing out cigarettes on her, a US jury heard yesterday.

The claims were part of the latest audio recordings of the couple hurling profanities at each other.

In one clip, the Pirates of the Caribbean actor says: “If I don’t walk away it’s going to be a bloodbath.”

In 2013 the pair talked via text about a book called Disco Bloodbath, with Heard writing: “Is it about last Friday night by any chance?”

Father-of-two Depp, 58, replies: “How can you make me smile about such a hideous moment. Yes, it is…” In another clip, Aquaman star Heard screams: “Put your f****** cigarettes out on someone else.”

Depp – who called the cigarette accusation “grossly exaggerated” – previously told the court his ex-wife stubbed out a cigarette on his face during a vicious row in Australia.

Heard’s lawyer Ben Rottenborn played a further recording, in which his client tells Depp: “After you beat the s*** out of me, then a week later you show up at my doorstep.”

Depp launches a barrage of expletives against his ex-wife in the clips.

But, questioned by Mr Rottenborn on his third day on the stand, he again denied ever striking her.

The lawyer read out a text by Depp about Heard, that stated: “I can only hope that Karma kicks in and takes the gift of breath from her.”

Depp also sent a text to one of his security guards threatening to bite a love rival’s nose off and swallow it.

The actor says he often used colourful language to express his anger.

Yesterday he explained that a text to actor pal Paul Bettany about “burning” Heard was a reference to a Monty Python sketch about witches.

“This is a film that we’d all watched when we were 10 and it’s just irreverent and abstract humour,” he said.

Depp is suing Heard for almost £40million for defamation, saying her abuse claims damaged his career.

She has filed a counter-claim for nearly £78million, describing his lawsuit as a continuation of “abuse and harassment”.

The trial in Fairfax, Virginia, continues.