When asked by The Hollywood Reporter in a new interview published Thursday how the sports network has changed over the past year, Iger said that the network is working on reeling in its politics and focusing on sports.

"There’s been a big debate about whether ESPN should be focused more on what happens on the field of sport than what happens in terms of where sports is societally or politically," Iger said.

Iger then explained that its new president, Jimmy Pitaro, who replaced longtime executive John Skipper in March, is working towards refocusing the network. Skipper shocked the media industry by leaving ESPN last year when a drug dealer attempted to extort him by using his cocaine habit against him. Prior to his sudden exit, Skipper was reguarly accused of making ESPN a left-leaning network.

"Jimmy felt that the pendulum may have swung a little bit too far away from the field. And I happen to believe he was right," Iger told the magazine. "He has brought back some balance."

Under Skipper, the network was accused of various examples of bias, such as spending too much time covering Colin Kaepernick’s protests and awarding the Arthur Ashe Courage Award to Caitlyn Jenner. 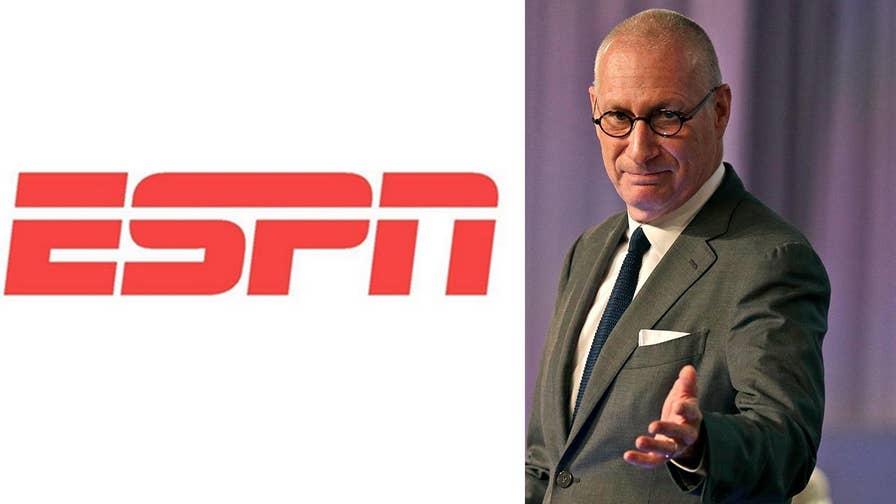 Far-left voices such as Jemele Hill were rewarded with high-profile gigs, while conservative personalities such as Curt Schilling were silenced (Schilling was fired in 2016 after sharing a Facebook post regarding the North Carolina law that banned transgender people from using specific bathrooms).

Hill — who famously called President Trump a “white supremacist” on Twitter last year — left ESPN this month. She also called Trump a “bigot” and “unqualified and unfit to be president.” Skipper moved her to the flagship “SportsCenter,” but she was eventually reassigned under Pitaro before leaving the network altogether.

“They finally have executives in charge of the business who have realized WokeCenter is bad for ESPN’s brands. Sports fans don’t want to see sports and left wing politics mixed ad nauseum,” Travis recently wrote. “The best way to cure a toxic brand? Get rid of the people who made that brand toxic.”

Kellerman blasted Woods’ remarks, saying it was a “thoughtless statement dressed up as a thoughtful statement,” while essentially calling Woods dumb for having his own opinion.

Iger has long been rumored to have political aspirations and recently named "the most powerful person in entertainment” by The Hollywood Reporter. The Disney honcho was given 60/1 odds of winning the 2020 election by gambling website Bovada.