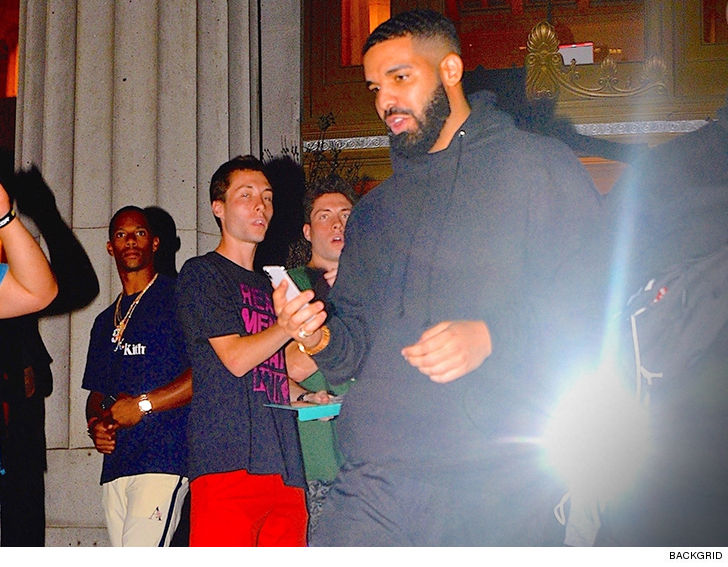 Victor Cruz doesn’t seem to be bored in his new life after football — the recently retired NFL star spent his Wednesday night having a fancy dinner with Drake!

Cruz hung up his cleats after 6 seasons with the NY Giants — in which he racked up 4,549 receiving yards and 25 touchdowns. Not a bad stint.

Cruz reportedly made close to $30 million in contract money during his career.

After he made his retirement official last week, Cruz signed a deal with ESPN to be an NFL analyst.

Fast forward to Wednesday night … and Cruz was leaving Nobu in New York with the 6 God.

By the way, when he’s not hanging with world-famous rap stars, Cruz is dating Karrueche Tran.