Dua Lipa rocked a printed tee and black leggings when she stepped out with Anwar Hadid for an iced coffee run in Los Angeles.

Anwar Hadid and Dua Lipa made a rare public appearance when they stepped out together in Los Angeles on June 4. The British pop star wrapped her arm around the model, 21, as he carried a box full of iced drinks from Starbucks. The little brother of Gigi Hadid opted for a black tank top, which exposed his many tattoos, along with dark denim jeans and black boots. Meanwhile, Dua rocked an oversized blue graphic tee, black leggings, and colorful slippers. 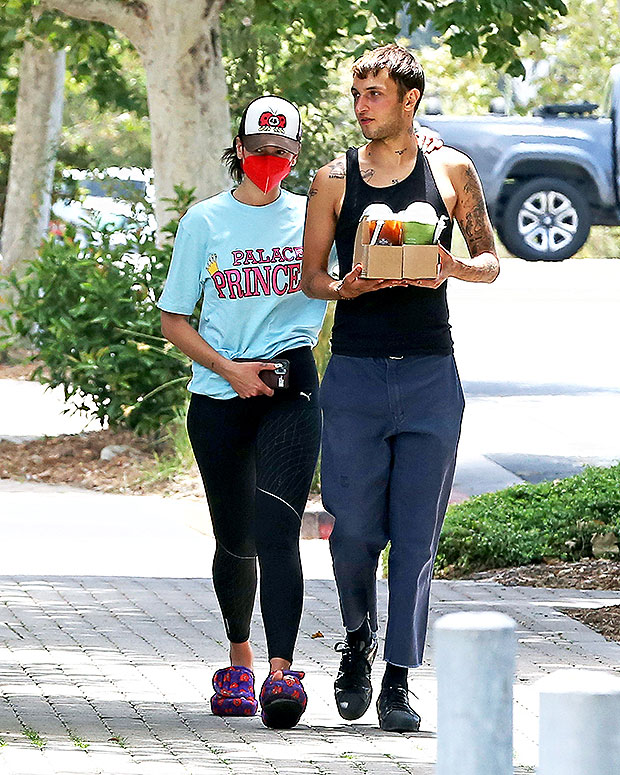 She also stayed protected in a red face mask, as she accessorized with a black and white trucker hat. The notoriously private couple were last spotted together when they grabbed dinner out in Malibu back in March. At the time, the Grammy-winner, 25, shared a collage of photos from the 2021 Grammys and gushed over her beau, calling him “my angel boy”.

Of course, fans of the singer would know she most recently dropped the music video for her hit song “Love Again”. In the clip, Dua channeled a Wild Wild West vibe as she rode a mechanical bull and square-danced with her pals, while rocking a ‘fit with major yeehaw energy. She wore a zebra-printed bra, cutoff Daisy Duke shorts and a black leather vest, along with a cowgirl hat and boots. The clip showed her fellow cowboys riding invisible horses and trying to lasso a giant floating egg. 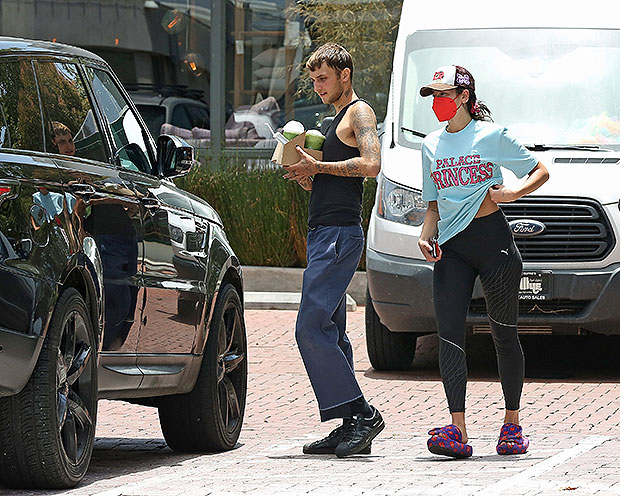 “Learnt the choreo in 45 mins, kept adding outfits mid shoot but we did the damn thaaaang!!” the “Don’t Start Now” singer wrote on Instagram of the new video. “Love Again” comes from her Future Nostalgia album, which went on to win a Grammy Award earlier this year!

Dua’s star is truly on the rise, however she took to her Instagram Story earlier this week and opened up about being bullied. “It’s been four years since my debut album has been out, and I’m so grateful for all the incredible opportunities, the amazing people I met, all the incredible lessons that I learnt, touring for like three years, getting bullied online which made me want to dance my a** off and just really get better, so thank you so much,” she told fans.