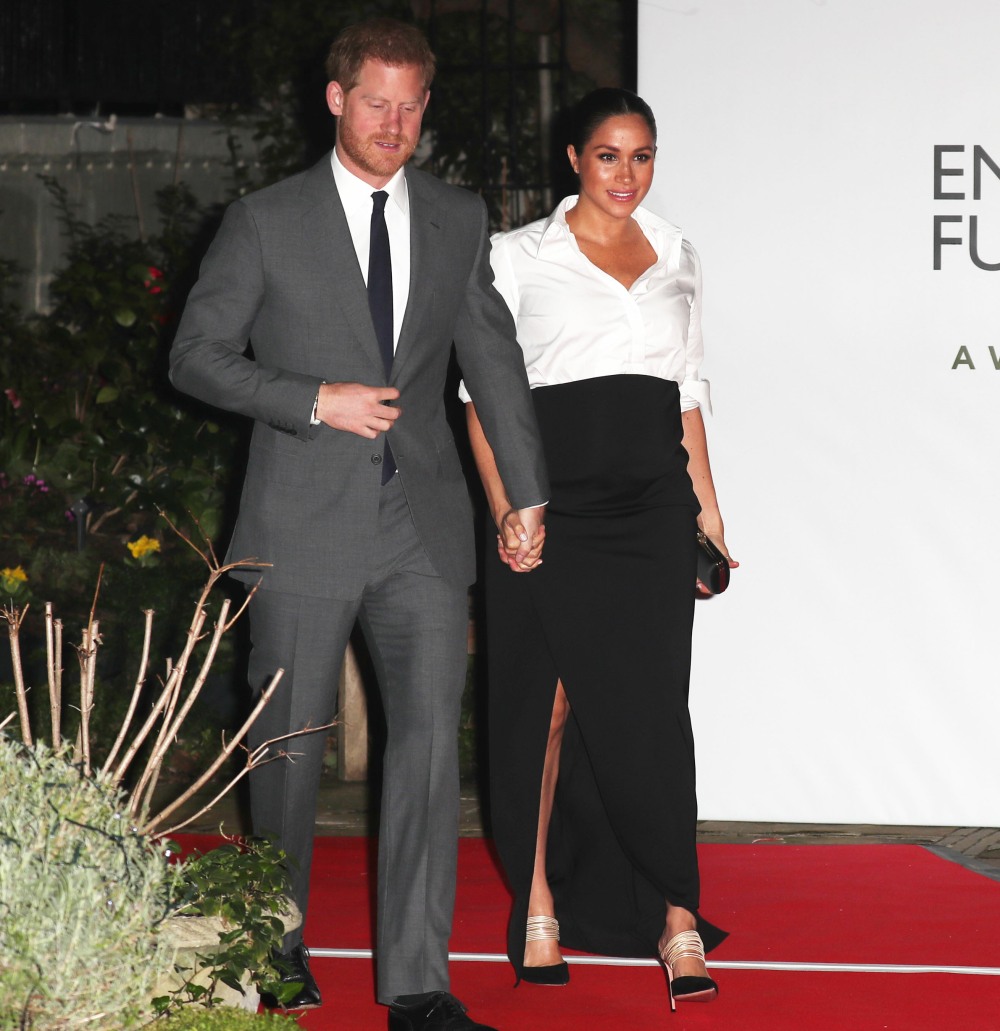 The Duchess of Sussex really has made subtle changes to her styling since becoming a royal. I’m not even sure why – the UK tabloids are going to climb up her butt about literally anything she does, says or wears, so she might as well make herself happy and style herself the way she feels comfortable. Example: for a while, Meghan was doing messy updos – she would pull her hair back into a messy bun or a chignon, and she would leave a few pieces of hair out to frame her face. The UK papers were in meltdown about it last year, and they accused her of breaking the most sacred Royal Hair Protocol. It seems to have bugged her, because she hasn’t done a messy updo in a while. Case in point: last night at the Endeavour Awards, Meghan did a sleek updo with a center part. I hate it.

Meghan and Harry attended the awards as part of Harry’s continued work with veterans’ groups. The Endeavour Awards recognize veterans who “have used new challenges to aid their recovery.” It’s a sober event where Meghan is more of a “plus-one,” although she has been joining Harry at veterans-events for more than a year. So Meghan chose a look that wouldn’t pull focus – a bespoke black silk skirt and a white blouse. The Givenchy clutch was a repeat. The ensemble is what it is – sophisticated, low-key, simple, classic, a tad boring. It actually reminds me a tad of something Carolyn Bessette might have worn had she ever been pregnant. My least favorite part of this look, besides the center part hair? The Aquazzura heels, which look very cheap with the rest of the outfit.

Also: it’s a friggin’ joke that we’re supposed to believe that Meghan is due in April. They cannot be serious with that. 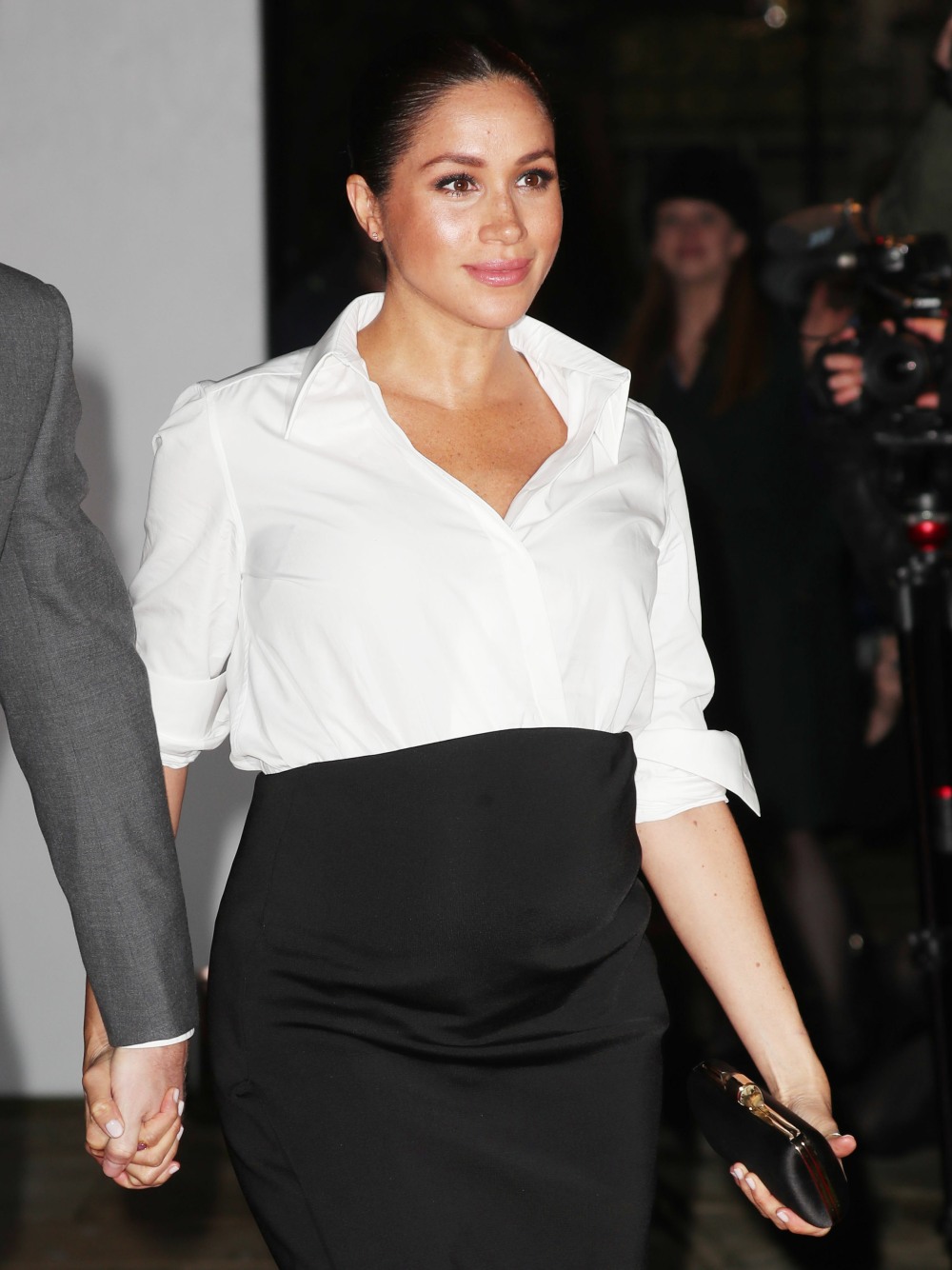 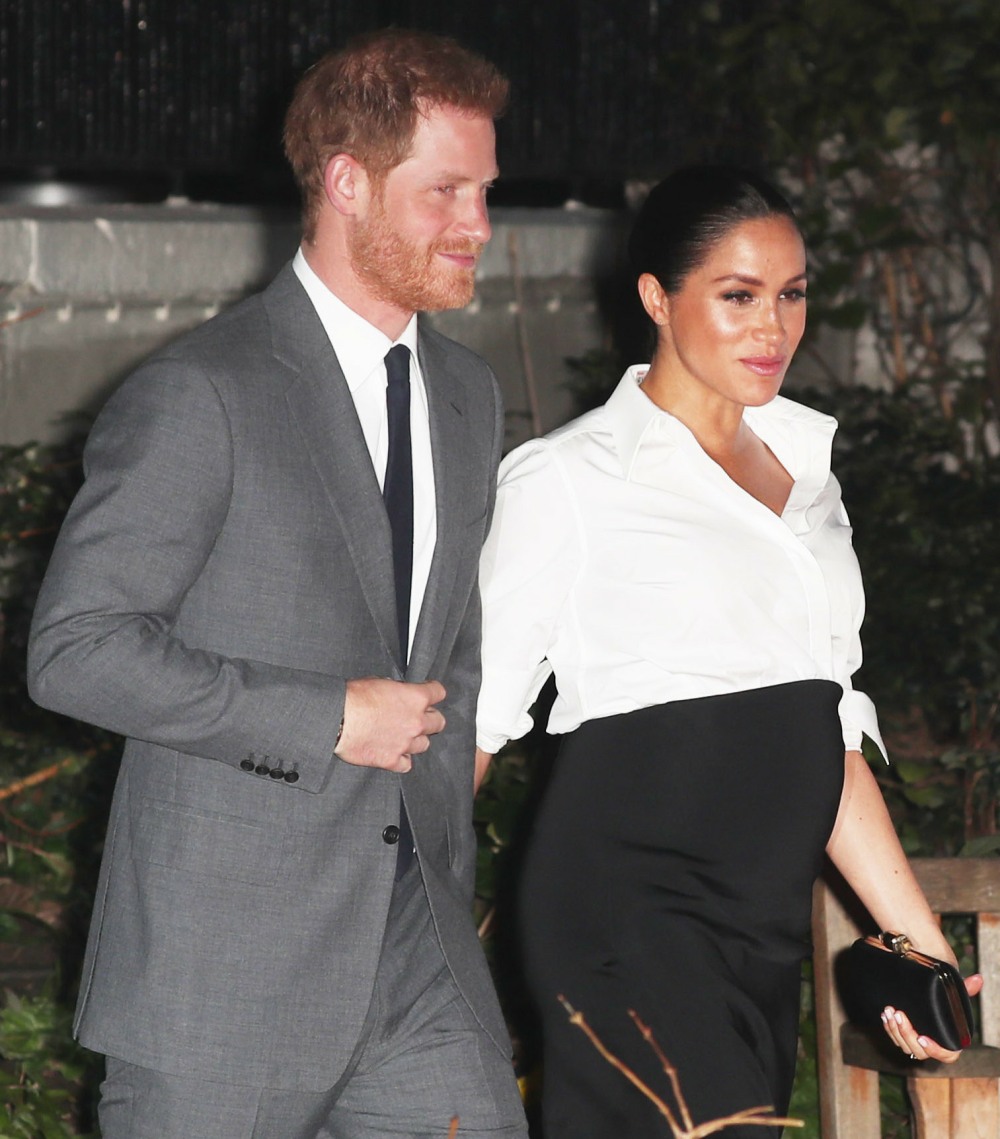 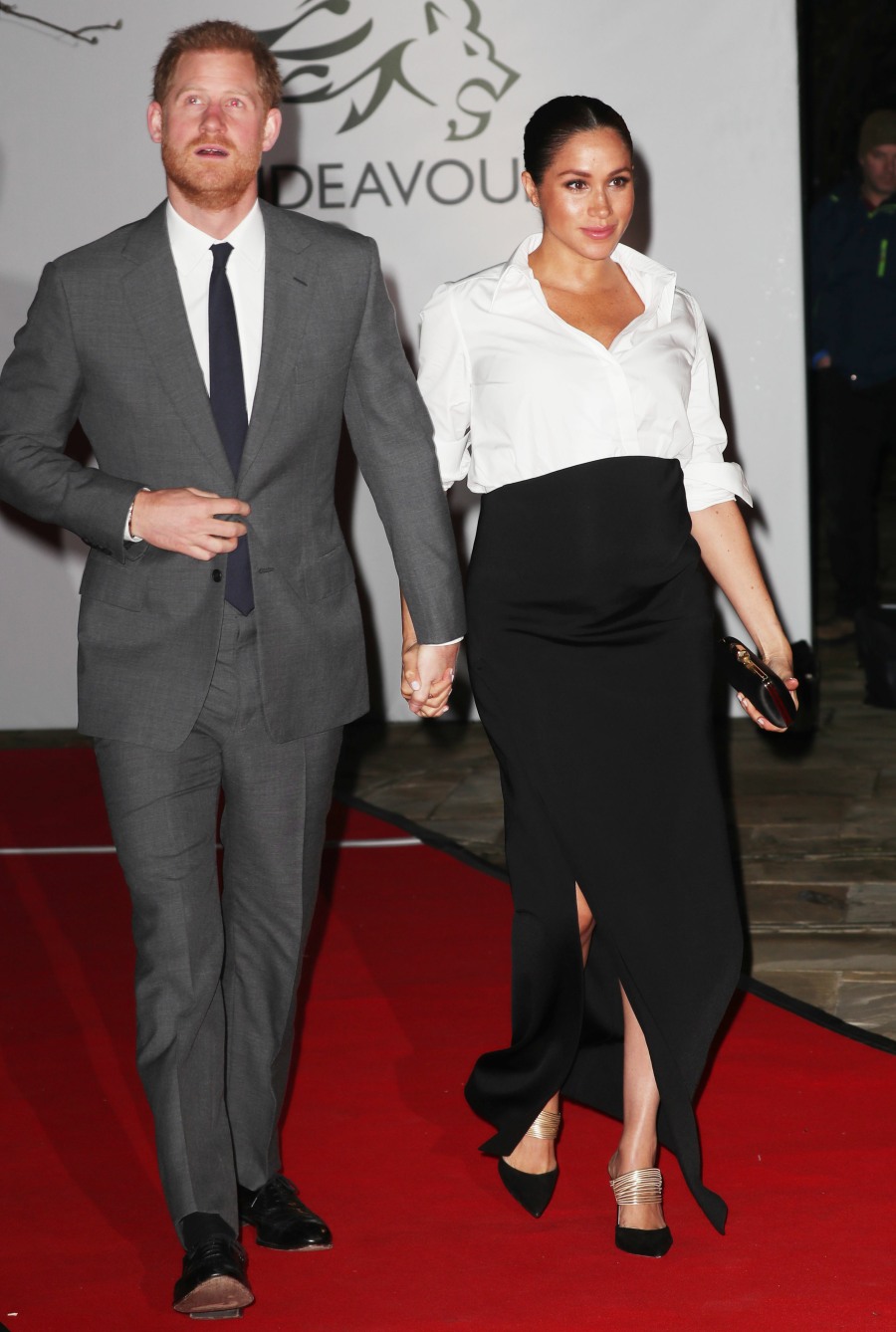