Back in July, This Morning presenter Eamonn Holmes, 59, discussed the moment Meghan Markle’s security personnel reportedly tried to stop tennis fans taking photos of her at Wimbledon. In a conversation with reporter Lainey Lui, he insisted that Meghan, 38, and Prince Harry, 35, should be more forthcoming.

He said: “If you have an uppity attitude, you’re only through the door two minutes and suddenly you’re sitting at Wimbledon and your royal protection are saying, ‘No photographs, no photographs!’

“If that was somebody in Canada, you would be writing [that] they’re right up their own backside,” he added.

Eamonn’s use of terminology prompted a viewer to reportedly complain to broadcasting regulator Ofcom and the television network, saying the word is racist.

The word “uppity” was used in the US in the 19th Century as an insult to black people who considered to be acting above their “rightful place”. 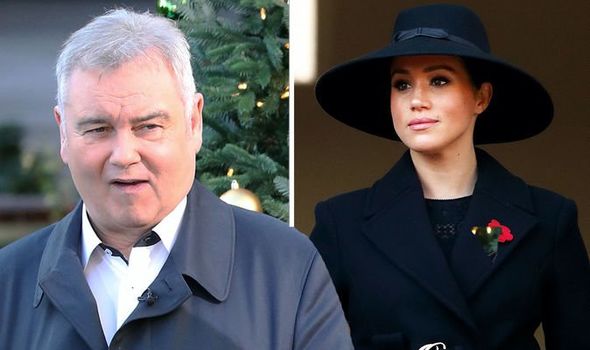 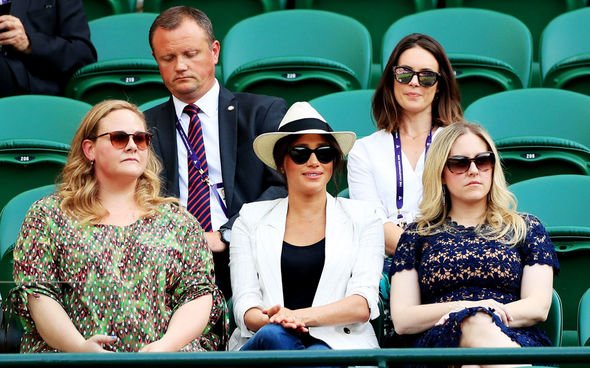 ITV has now reportedly banned the word from being used on their network.

Ofcom’s Ade Rawcliffe is also believed to has apologised to the complainant and explained that the presenter was unaware of its historical context.

Eamonn is now reportedly fully aware of the meaning and has said he will not use the word again.

However, the viewer is reportedly “furious” that Eamonn hasn’t publicly apologised.

According to the Daily Mail, a spokesperson for ITV said: “At the time of the broadcast in July, Eamonn Holmes was unaware of the history of a particular usage of the term ‘uppity’ and how it could have been interpreted when describing Meghan Markle.

“Eamonn was using the term to describe what he interpreted as arrogance.

“The history of the term’s usage was clearly explained to Eamonn and the editorial team at the time and it won’t be used again.”

Express.co.uk has contacted a representative for ITV and Eamonn Holmes for comment.

Elsewhere, The ITV presenter has previously expressed his concerns for the royal couple following their Harry & Meghan: An African Journey documentary.

Within the show, viewers saw the royal couple open up about their time as newlyweds, new parents and life in the spotlight.

Meghan told journalist Tom Bradby she was “not ok” with some of the negative comments she had acknowledged about her.

Reflecting on the show, Eamonn said: “They looked physically damaged.

“A lot of people will understand the Prince looking damaged for what he went through but the duchess seems particularly fragile as well, I mean more so.”

The show’s royal correspondent Camilla Tominey replied: “I think as well, as humans, and Prince Harry often talks about seeing us as humans rather than just royals.

“You look at a woman who has married into a family in a different country, the most high profile family on earth, has just had a baby and trying to adjust to real life and just feels there has a been a slew of headlines.

“Everyone reflects on Prince Harry and what he went through in his childhood with his mother’s death, with the utmost sympathy.”

This Morning continues tomorrow at 10.30am on ITV.