Ed Sheeran is peeling back the curtain on some of the darkest moments in his life.

The notoriously private British crooner sat down for an interview as part of the Hay House Chasing the Present Summit and got refreshingly candid about struggling with his past vices, as well as how he’s been able to transition to a healthier lifestyle in recent years.

The 29-year-old performer recalled the time he spent on the road in 2015 for his x World Tour, noting it was the “lowest” he’d ever felt due to poor eating, drinking, and exercise habits:

“For me, it was down to like bad diet, drinking and then not seeing sunlight at all, so I was touring…Oh, and I wasn’t exercising. I would stay up and drink all night…The buses would park underneath arenas and I’d sleep on the bus all day and then wake up and then come out, do the show, drink, get back on the bus and I didn’t see sunlight for like maybe like four months.”

But Sheeran acknowledged how that rockstar lifestyle got old pretty quickly, adding:

“It’s all fun and games at the start and it’s all rock and roll and it’s fun and then it starts getting like just sad…so, I think that was probably the lowest that I’ve been.”

The star said he “ballooned in weight” and “just wasn’t healthy.” He remembered that at one point, the lack of self-control made him even question his own existence:

“I guess I kind of felt, ‘Was it all…What was the point?’…Actually, I guess in a dark way, you’re kind of like, ‘Why am I around? Like what is the point?’”

Wow. That’s a very, very dangerous road we’ve seen talented artists go down far too often and we’re glad he was able to reign in what he describes as “a very, very addictive personality” to get back on track. On how he learned from his peers’ similar experiences, the Thinking Out Loud singer explained:

“I’m reading Elton John‘s book at the moment and there are so many things that he did that I do. He would be like, ‘I would just go on an ice cream binge and eat four f**king desserts until I threw it up,’ and I was like, ‘Oh, I’ve done that before.’ Or his martini binges, where he sees how many he can drink. And I’m like, ‘I’ve done that before, too.’ He ends up getting really f**king sad and depressed and all of these things can add to that.” 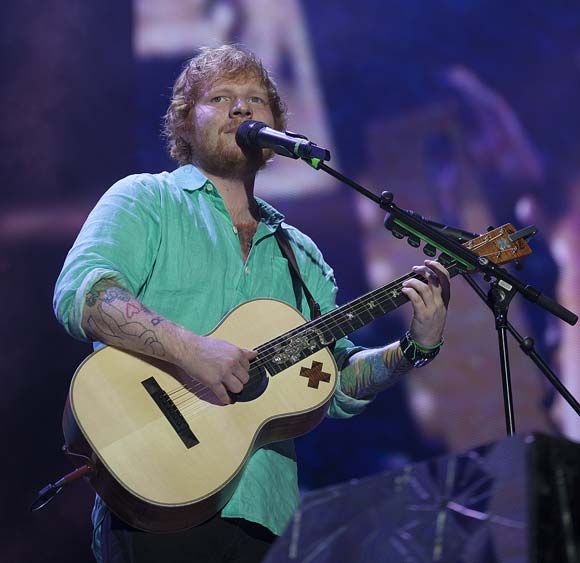 Ed said that while things like “sugar, sweet stuff, junk food, cocaine, alcohol” make you feel good in the moment, they’re actually the “worst” things for you long-term. Enjoying booze and food in moderation, specifically, was a struggle for him:

“I’m covered in tattoos and I kind of don’t do things by halves, so if I’m gonna drink, I kind of see no point in having a glass of wine. I’d rather have two bottles of wine. I think like having a glass of wine is having something in moderation, and probably isn’t going to affect your day the next day. But, two bottles of wine probably might make you quite sad the next day or like having a burger…They used to call me Two Dinner Teddy because I used to order two meals…and then you start putting on loads of weight and then you start hating the way you look and then you start getting sad about that.”

These days, his priorities have shifted to working out more and eating right instead of dwelling on old bad habits. The Perfect singer also credited his fitness-savvy wife Cherry Seaborn as a positive influence for him and encouraged fans to follow his lead:

“Basically, everything in moderation. Exercise can really help…You feel better, but also you start looking better and when you look better, you’re looking in the mirror and being like, ‘Oh, maybe I don’t hate myself today.’”

Well, let’s not get carried away thinking your happiness can only revolve around “looking better.”

But you can really sense the commitment to his new lifestyle here and the fact that he took an 18-month break from touring late last year to focus on himself also speaks to how serious he is about this. You really never know what someone is struggling with behind the scenes. Bravo and keep it up, dude! 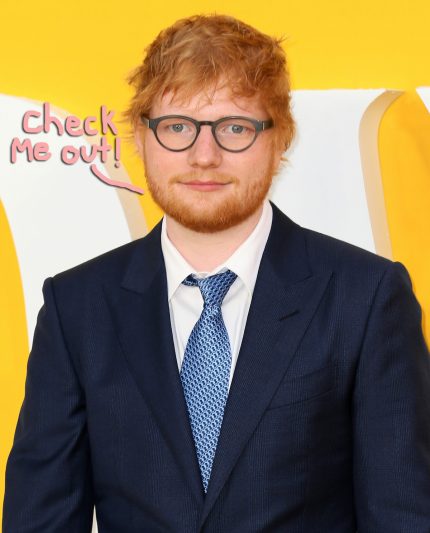 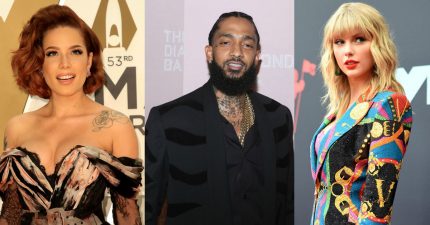 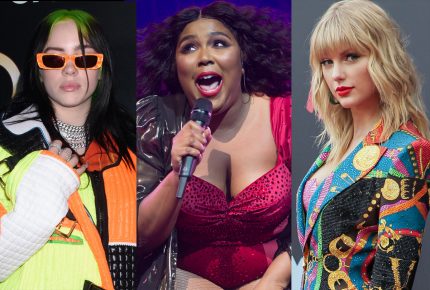