Eddie McGuire has a firm case against the creators of a spoof ad claiming he had used their product to treat erectile dysfunction, lawyers suggest, but he might find it harder to make his claim against Facebook stand up.

The high-profile sports and media identity vowed this week to sue Facebook over an ad campaign it carried for Tryvexan, an erectile dysfunction treatment available to purchase only via the internet. 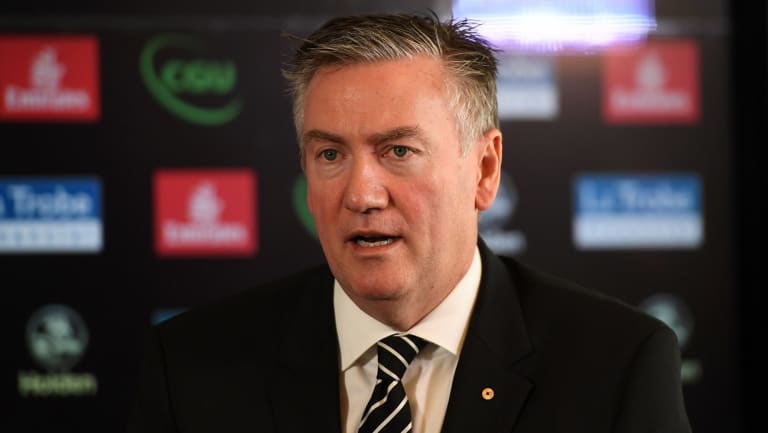 On air, Naughton advised McGuire that he appeared to have a solid case. "You certainly do have a claim. In Australia … your reputation is protected by the laws of defamation, and you can certainly bring a claim."

He suggested McGuire might claim "damage to your reputation, [that] your standing has been tarnished."

That view was backed by defamation lawyer Justin Quill, who said McGuire would have an "open and shut case" against the creators of the ad – "if he could find them and if they were within the Australian jurisdiction."

That might be a big if, though. A call to the Australian helpline for Tryvexan was answered by an operator at what appeared to be an offshore call centre. When asked where the company was based, he claimed it was headquartered in Salt Lake City, in the United States. A series of domain names related to the company are registered in Panama.

Suing Facebook – McGuire’s bigger target – could be even more challenging though.

"There’s a case underway right now in the High Court that might challenge this, but the law in Australia as it stands says Facebook and Google are not liable for defamatory information they carry while they don’t know about it," says Quill. "But if they don’t take it down within a reasonable period of being notified they could be in strife."

In this case, Facebook blocked the ads quickly, which would appear to mitigate its liability.

In a statement, a spokesperson for the company said: "We do not allow adverts which are misleading or false on Facebook and have explained to Eddie McGuire’s team that they should report any adverts that infringe his rights and they will be removed.

"We are in contact with his team, offering to help and have promptly investigated their requests. I can confirm that several adverts and accounts that violated our advertising policies have been taken down."

That prompt response notwithstanding, Quill says McGuire might yet decide to tackle the social media giant's publish-first, remove-later approach.

"Eddie might decide he’s going to be the champion of taking Facebook on and making them a publisher that’s accountable, as other publishers are, or exposing them as actually not being a publisher at all. They can’t have it both ways."

As well as defamation, Perth-based lawyer Roger Blow believes McGuire could have grounds for commercial damages on the grounds that Tryvexan falsely represented him as having an interest in the company, and did so without remunerating him.

And because McGuire is such a high-profile individual, Facebook might struggle to maintain its typical hands-off stance.

"The issue Facebook could have here is how big was this and could they be expected to have had a high level of foreknowledge," Blow says. "If they knew this was likely to be defamatory, they might need to be a little more wary of Mr McGuire and his lawyers."

Should any of this actually reach the courts, Blow suggests there could be one bizarre twist McGuire might not have seen coming.

"You could argue that it’s 2018, and we should all be more accepting of erectile dysfunction," he says. "You could almost attack the plaintiff for saying it’s a negative thing."

Eddie McGuire was approached for comment but did not return calls.