She made dresses worn by Princess Diana before becoming a best-selling novelist, but Arabella Pollen’s second marriage has come to an unhappy ending.

‘It’s very sad, but the marriage is over,’ confirms a friend of the couple. 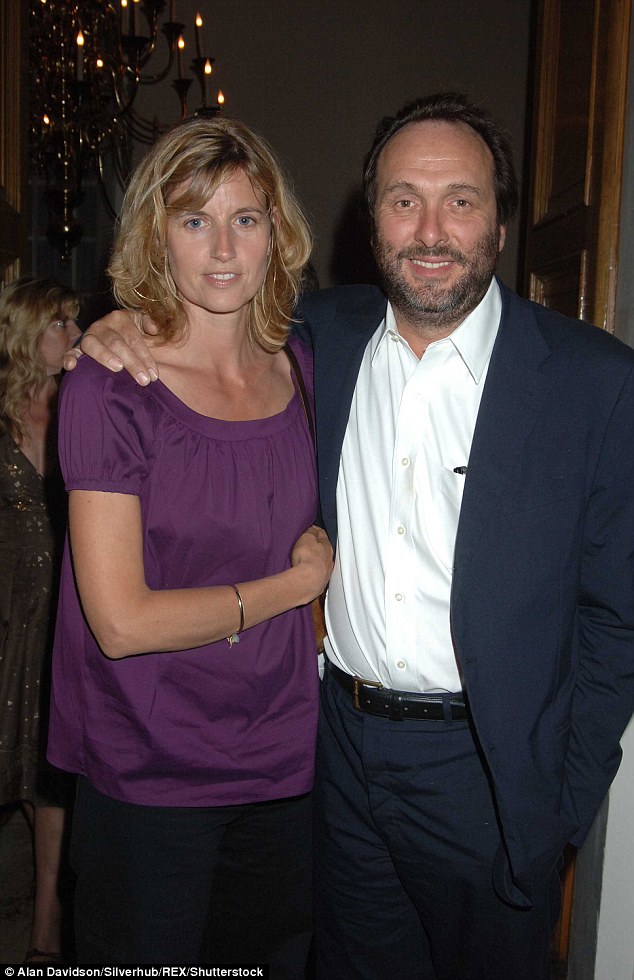 Bella, 57, who is the daughter of former Sotheby’s New York chairman Peregrine Pollen, has spoken of how she felt so trapped by domesticity that she once withdrew two of her four children from school and fled with them to the family’s house in the U.S. state of Colorado for several months.

More from Richard Eden for The Daily Mail…

David, 60, whose elder brother is the Earl of Stockton, grew up at Highgrove, the Gloucestershire home later bought by Prince Charles. He was understanding when his wife went through her ‘panic’ in 2002.

‘He knew that to keep me tied down might make me fly for good,’ Bella later said. ‘He was incredibly generous-spirited and told me to go for as long as I needed to.’

Her two younger children, Finn, then eight, and five-year-old Mabel went with her (her older children by her first marriage were in the middle of exams). She sold the escapade to them as an adventure, and they found themselves having to manage in a way unlike their comfortable life in London’s swanky Notting Hill.

‘We had to be self-sufficient,’ she said. ‘There were mountain lions, there was deep snow. Our nearest shop was two hours away. When the car broke down we had to walk for miles in the freezing darkness. It was good for all of us.’

Bella is said to have told David their marriage was over before she travelled alone to South America earlier this year.

She was previously married to art dealer Giacomo Dante Algranti.

Her fashion label, Arabella Pollen, was created when she was just 19 and it became famous after Diana was seen wearing one of her dresses.

She went on to design the scarlet uniforms still worn by Virgin Atlantic air stewardesses.

Here’s a mystery: Pippa Middleton’s louche brother-in-law, Spencer Matthews, and his wife, the Irish model Vogue Williams, were thrilled when Hello! agreed to pay them a fortune for exclusive photographs of their wedding.

The magazine was so proud of its exclusive that it sent stern warnings of dire legal consequences if any rivals dared to publish unauthorised pictures. However, four weeks after the ceremony at the Matthews family’s Glen Affric Estate near Inverness, Hello! has still not brought out the snaps.

Editor-in-chief Rosie Nixon is keen to deny suggestions that the deal collapsed after prominent guests refused to be included. She tells me: ‘How, what or when we publish stories is a matter for us.’

Jacquetta to be model mum 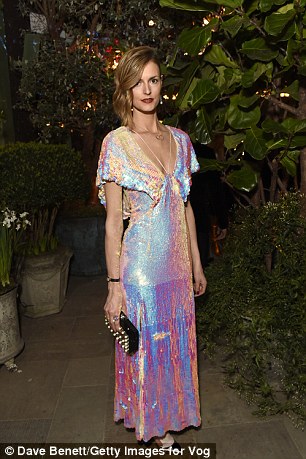 Jacquetta Wheeler, pictured, has had some good news this week as she announced she is expecting her second child

Still mourning the loss of her mother, society photographer Tessa Codrington, who died more than a year ago, top model Jacquetta Wheeler has some cheering news at last.

‘I’m 19 weeks along,’ she tells me at the Mrs Alice x Misela launch.

‘We don’t want to know the sex. I love the idea of going through 19 hours of labour and then having a surprise.’

Young people are said to be obsessed with social media, but some of their grandparents are addicted, too. Human rights activist Bianca Jagger, 73, admits that Twitter is giving her sleepless nights. ‘I spend a great deal of time on it — maybe more than I should,’ the ex-wife of Sir Mick Jagger confesses. ‘I have very little sleep. One of the great difficulties about being on Twitter, and taking on issues that are controversial and difficult, is how do you know who you can retweet, and how do you know what you can say?’

The new owners of Brocket Hall in Hertfordshire are offering a free glass of champagne and a night’s stay to all of the 8,338 ‘Brocket Babes’ born there between 1940 and 1948 when the stately home was a maternity hospital. Lord Brocket was forced to let out his ancestral home on a 60-year lease when he was jailed for fraud in 1996.

While former England manager Sven-Goran Eriksson, who is Swedish, has split loyalties about today’s big game, his ex-girlfriend Nancy Dell’Olio is enjoying an all-English love match.

I can reveal that she has bagged herself a new boyfriend: London-based photographer Mark Mawson, 50.

‘They are enjoying a passionate fling,’ one of his fellow snappers tells me. 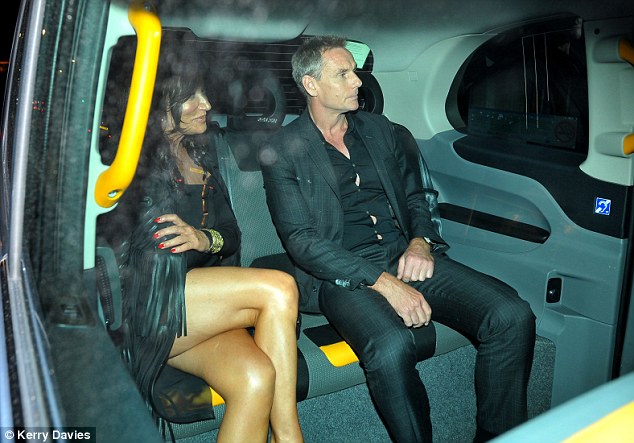 Nancy Dell’Olio, left, is now in a relationship with photographer Max Mawson, right

Mawson, who is divorced with two children, was seen dining with Italian-born Nancy, 56, at Mayfair restaurant Scott’s this week.

The photographer is most remembered for creating a video that was projected onto the walls of Buckingham Palace for the Queen’s Diamond Jubilee concert.