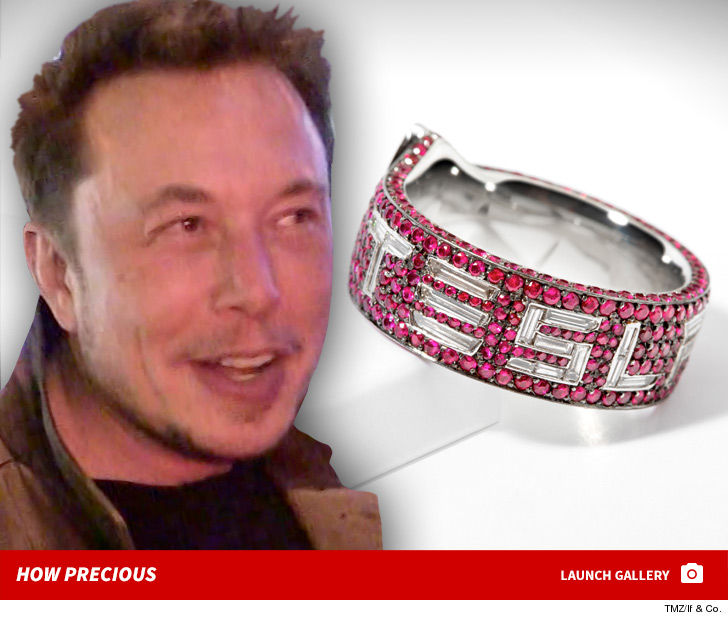 Elon Musk‘s a visionary with HUGE balls … and that’s why a celeb jeweler’s giving the billionaire this INSANE diamond Tesla ring.

We’re told celeb jeweler Ben Baller designed and made this one-of-a-kind ring worth nearly $40k. It’s truly unique … it’s 1 of 1 and custom made for the famous entrepreneur. The ring’s a marvel — it’s solid platinum with custom cut diamond baguettes to spell out T-E-S-L-A.

Ben says the Tesla and SpaceX honcho is an inspiration when it comes to pushing the limits. “We salute you for giving almost 50,000 jobs to Americans and putting USA back on the map as a serious contender in the auto industry.” He adds, “The last successful US car company startup before Tesla was Chrysler and that was 90 years ago.”

As for Elon’s new bling — it features a rare, trillion-cut diamond to emphasize the “T” logo, which is surrounded by round, brilliant white diamonds. Ben says the ring was made in America, just like Elon’s wares.

He’s impressed Musk kept pushing forward — even after his PayPal success — and “bet it all on Tesla and that takes BIG balls.”

We’re told Elon will get his gift sometime next week.