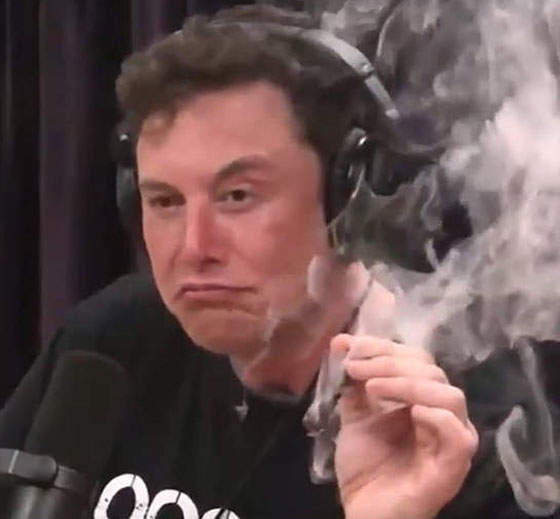 It’s gonna be a rough weekend for Elon Musk. The Tesla billionaire who recently probably broke up with his android-voiced alien pop princess, Grimes, is being charged. No, not for that stuff about him calling that cave rescuer a pedophile (even though he is still getting sued for defamation as well). Elon is being charged with a more corporate-style crime: securities fraud.

People is reporting that the US Securities and Exchange Commission slapped the 47-year-old billionaire with the charges after that whole saga of Elon maybe taking Tesla private and Tweeting about a $420 stock price and some secured funding.

The SEC complaint says that Musk’s plans were not discussed “with any potential financing partners, and he allegedly knew that the potential transaction was uncertain and subject to numerous contingencies.” It also calls for him to be dismissed as CEO of the company because he:

“violated antifraud provisions of the federal securities laws, and seeks a permanent injunction, disgorgement, civil penalties, and a bar prohibiting Musk from serving as an officer or director of a public company.”

Break up with your girlfriend and then your company might leave you too… awkward. Maybe he can design a super special high-tech crying pod where he can vent his sadness and vape weed in peace?

The Co-Director of the SEC’s Enforcement Division, Steven Peikin, had this to say:

“Corporate officers hold positions of trust in our markets and have important responsibilities to shareholders… An officer’s celebrity status or reputation as a technological innovator does not give license to take those responsibilities lightly.”

Another Co-Director, Stephanie Avakian, said this:

“Taking care to provide truthful and accurate information is among a CEO’s most critical obligations… That standard applies with equal force when the communications are made via social media or another non-traditional form.”

This all sounds like a lot of business talk when the meaning is really: “You fucked up when you #TookToTwitter, so maybe grow up.”

Elon gave the following statement to People after he finished smoking a huge fatty with Joe Rogan:

“This unjustified action by the SEC leaves me deeply saddened and disappointed. I have always taken action in the best interests of truth, transparency and investors. Integrity is the most important value in my life and the facts will show I never compromised this in any way.”

You know what the craziest thing about this is? Azealia Banks already called this whole scenario. She has been spilling Elon Musk tea about how he did not have funding secured. Did aggro rapper Azealia Banks just whistleblow on a billion-dollar corporation? Erin Brokovich, who?

Damn Elon, you got got by your ex-girlfriend’s crazy ex-friend who stayed with you for a few days and fucked up your reputation! Damn, girl! That’s rough… well… at least you have a big dick, right?