EMILY PRESCOTT: Fashionista Lucy Tammam doesn’t do mournings after refusing to cancel London Fashion Week show as a mark of respect for the Queen

No outpouring of affection for Her Majesty from fashionista Lucy Tammam, who refused to cancel her London Fashion Week show as a mark of respect – and also declared: ‘I will not be dictated to by a hierarchy that prioritises the feelings of a few.’

While big names including Burberry cancelled their catwalk offerings, Tammam – loved by Poldark actress Eleanor Tomlinson – sent one model out in a top bearing the slogan God Save The Planet.

A brand spokesman said the National Anthem parody ‘was a response to the enormous amount of resources and energy being given to the Monarchy when we need to focus our attention on climate change’. 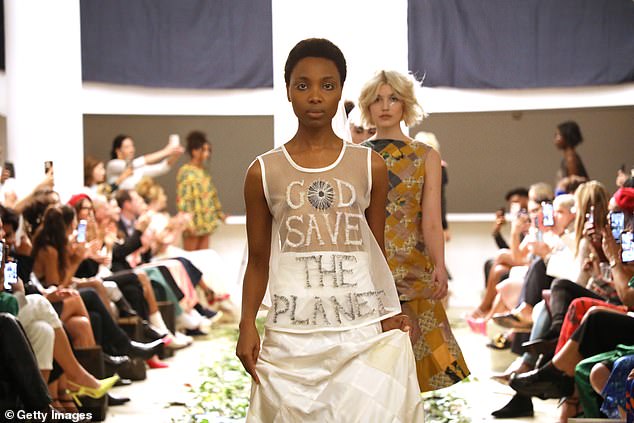 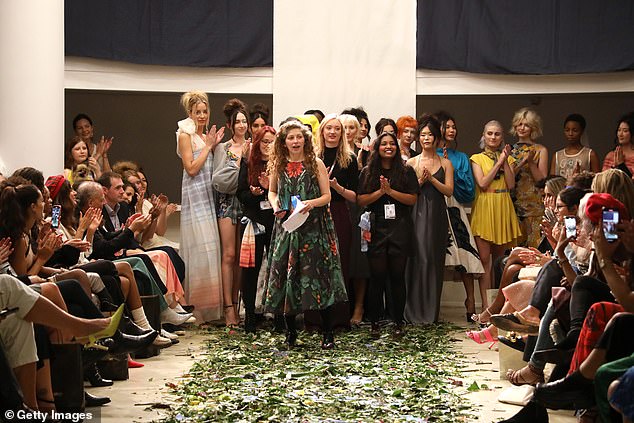 My lips are sealed, but…

Which married aristocrat has been posting rather cringe-worthy comments on the Instagram photos of women in bikinis – who are more than 40 years his junior? 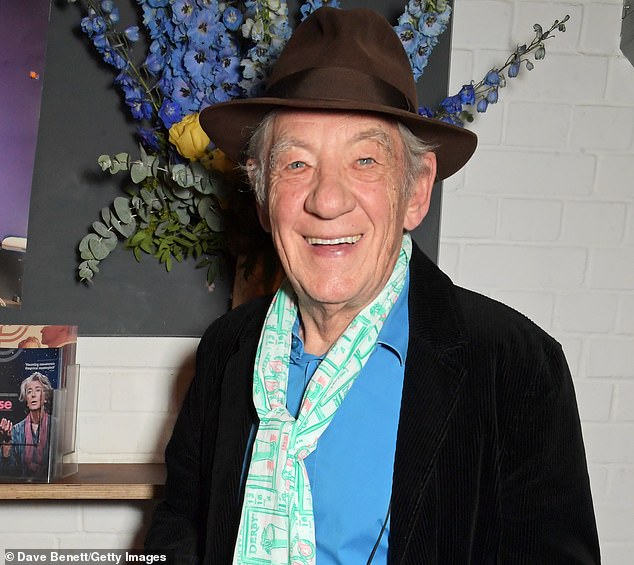 Sir Ian McKellen (pictured), 83, was tricked by phone pranksters into believing he was speaking to Ukraine’s President Zelensky

Sir Ian McKellen may have been tricked by phone pranksters into believing he was speaking to Ukraine’s President Zelensky last month, but the 83-year-old is keen to reassure fans he’s still sharp as a tack.

At the first night of Rose, a two-hour, one-woman show performed by 76-year-old Maureen Lipman, the Lord Of The Rings star told me he’d be up for doing something similar. ‘Learning lines isn’t as hard as people think,’ he smiled.

Talk about making an entrance – the Marchioness of Blandford’s sister Belle Evelegh gave birth to a daughter last week – in a hospital foyer!

Her husband Justin even helped to deliver baby Amelia at Chelsea and Westminster Hospital after a shorter than expected labour.

Luckily, Justin’s quick thinking – he carried Belle into the hospital himself – ensured that Amelia was not born in his beloved car.

‘My husband is very precious about his car – I’m not even allowed to eat my croissant in there for fear of dropping crumbs,’ jokes Belle with sister Camilla Thorp, who is married to the Marquess of Blandford.