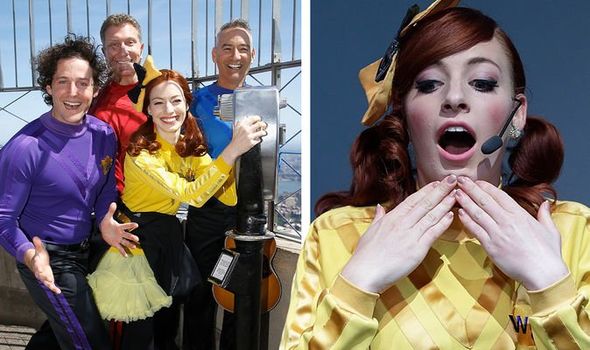 The Wiggles have long been a beloved pinnacle of Australian childhood culture, but now it seems it’s all over for Emma Watkins, 32, has quit the band after 11 years. The first female to put on the Yellow Wiggle suit, it was confirmed that she will be replaced by 16-year-old Tsehay Hawkins, who was one of the four new members announced in August 2020.

Emma confirmed she will leave the band at the end of the year to spend more time with family and focus on her post-graduate studies.

Of her departure, she said the pandemic, coupled with touring, meant she missed being home with her loved ones.

“Like many people around the world, the pandemic has given me time to reflect on what is important in life,” she said in a new interview following her annoucement.

“For me, that means spending more time at home, something that I didn’t realise I was missing out on being away eight months of the year on tour.

“I’m really looking forward to devoting more time and energy to focus on completing my PhD which incorporates my ongoing passion for sign language, dance and film editing, and to having more time to work with the deaf community.”

“I am eternally grateful to The Wiggles for giving me this amazing opportunity to be the first female Wiggle, a role that I have loved and has given me so much joy and an abundance of ‘bowtiful’ memories that I will treasure forever,” she added.

Emma joined The Wiggles in 2010 and became the third Yellow Wiggle in 2013, following in the footsteps of Greg Page and Sam Moran.

“We’ve had an amazing time with Emma over this period and while we’re sad to see her go, we know she has many other passions she’d like to pursue,’ he said.

“Enjoy the break, (probably some therapy) and no doubt some exciting times ahead. Maybe even some different colours!”

Following her appointment to the role, Tsehay who is in currently in year 10 at school, revealed she was “incredibly excited and honoured: to join the team.

The young musician was born in Ethiopia before being adopted by an Australian family.

She wrote on social media: “I grew up watching The Wiggles and I’ve already loved working with Anthony, Emma, Simon, Lachy, Evie, Kelly, John and all the Wiggly characters.

“I’m now incredibly excited and honoured to be joining them now in the yellow skivvy and to have the chance to go out on the road in the new arena tour.”

The Wiggles tour is set to kick off in Darwin on Saturday February 12 2022.