Everything We Know About Rihanna and A$AP Rocky’s Relationship

Welcome Rihanna and A$AP Rocky to the club of power couples that will inevitably go down in history. The longtime friends have reportedly made their romance official after months of dating rumors and years of being at each other’s side.

Below, we track how their relationship blossomed from friendship to romance. Here’s everything to know so far.

December 2020: Rihanna and A$AP Rocky are spotted in New York City, with reports alleging that the two have made their relationship official.

News that Rihanna and Rocky have finally taken their relationship to the next level was reported by Page Six, which said that the pair were spotted at the Beatrice Inn in New York City. People then reported that a source confirmed the romance.

In videos shot for Vogue and GQ, Rihanna recruited Rocky to talk about all things skin care, just in time for the launch of her Fenty Skin line.

“Men love their skin, and they take care of it, but they feel obligated almost to only use products that are for men because anything beyond that feels too feminine, it’s not for them, they’re not allowed, they don’t have permission,” Rihanna told her friend in the video.

Rocky also got candid about his skin care routine in the video. “I had to discover face cleansing and skin care all at the same time when I was a young buck in the shower,” he said. “You can’t wash your body with the same rag you wash your face with. I was lucky enough to be the type of guy that wants to wash my face.”

Rocky was also featured in promo shots for the new line, in which he posed alongside Rihanna.

January 2020: Rihanna and her longtime boyfriend split, and rumors that Rihanna and Rocky are an item begin to swirl.

By the beginning of the New Year, reports said that the Fenty Beauty founder had split from Hassan Jameel, her boyfriend of three years.

A source told People that the breakup was due to the two not being a “good match.” An insider also told the outlet, “Their lives were too different and it was hard to maintain a relationship.”

Rumors that Rihanna was linked to A$AP Rocky then began to swirl.

“They shared a hotel suite during that trip in New York,” a source told The Sun at the time. “However, Rihanna is reluctant to put a label on it as it’s so soon after Hassan. They’re really enjoying each other’s company and taking things easy as it’s still early days.”

The insider added, “It’s really casual between them and she’s not thinking about whether there’s a future with Rocky. She’s a newly-single girl having fun.”

Another source pushed back against the rumors. “Rihanna is single,” the insider told E! News. “She just got out of a long intense relationship with Hassan. She’s wants to be single and isn’t going to jump into something. She’s hanging out with ASAP Rocky, but she is not dating him.”

December 2, 2019: They attend the Fashion Awards in London.

The friends walked the red carpet together at the British Fashion Awards.

Rihanna wore a mint-green satin dress by her fashion brand, Fenty, and accessorized with a matching wrap, gloves, and heels. She topped the look off with a diamond choker necklace. Rocky also supported the singer’s fashion endeavors by stepping out in a black suit by Fenty. 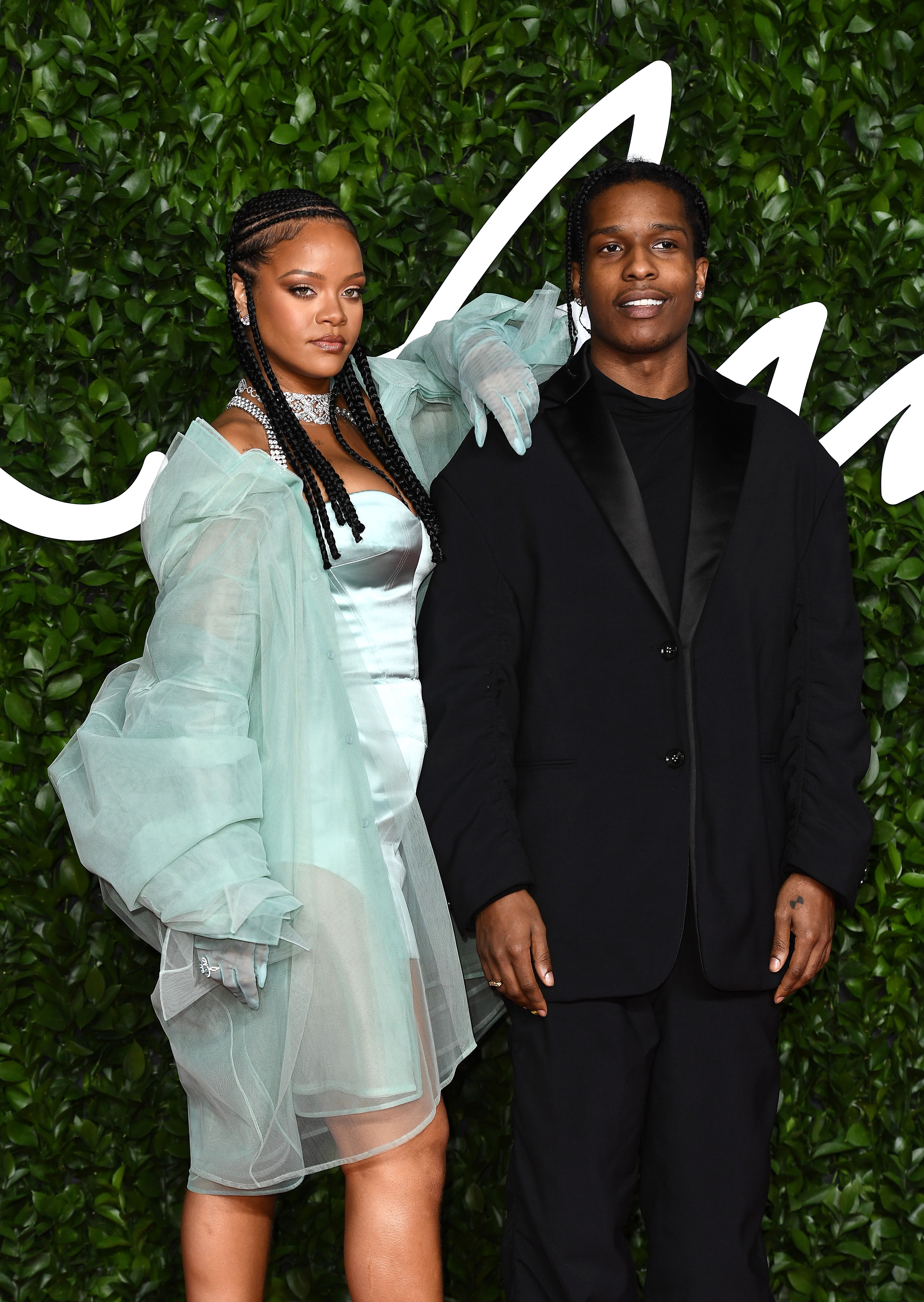 For the second consecutive year, the rapper was again a guest at Rihanna’s annual Diamond Ball. 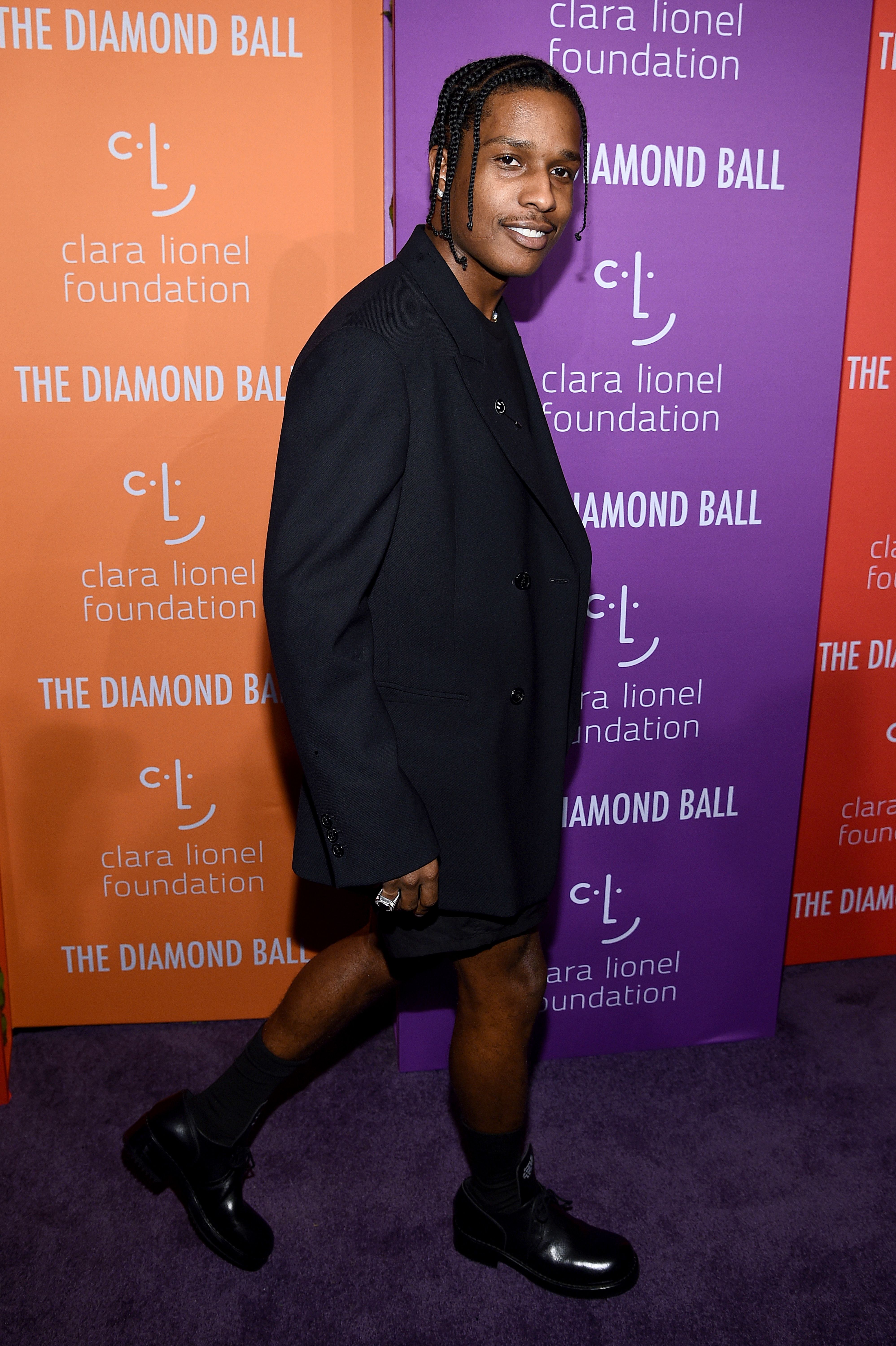 Rihanna’s Diamond Ball doubles as the fashion affair of the year and a charitable event, as it supports funds to the Clara Lionel Foundation, the organization she founded to support educational programs across the globe.

Rocky made his debut at the fourth annual Diamond Ball, for which he wore a sleek black suit and diamond stud earrings. 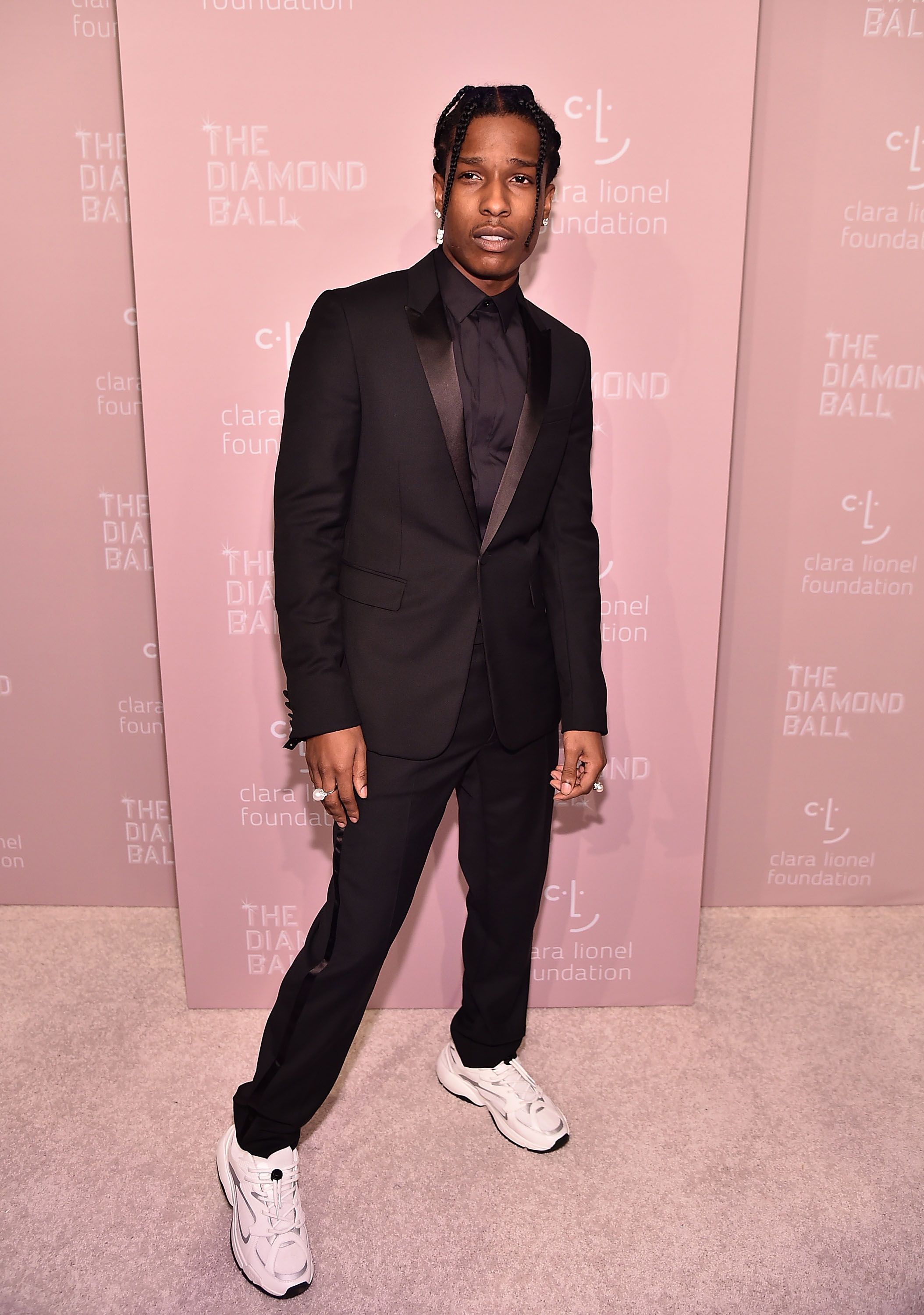 The duo sat in the front row of a Louis Vuitton show during Paris Fashion Week, showing how closely they’ve maintained their friendship over the years. 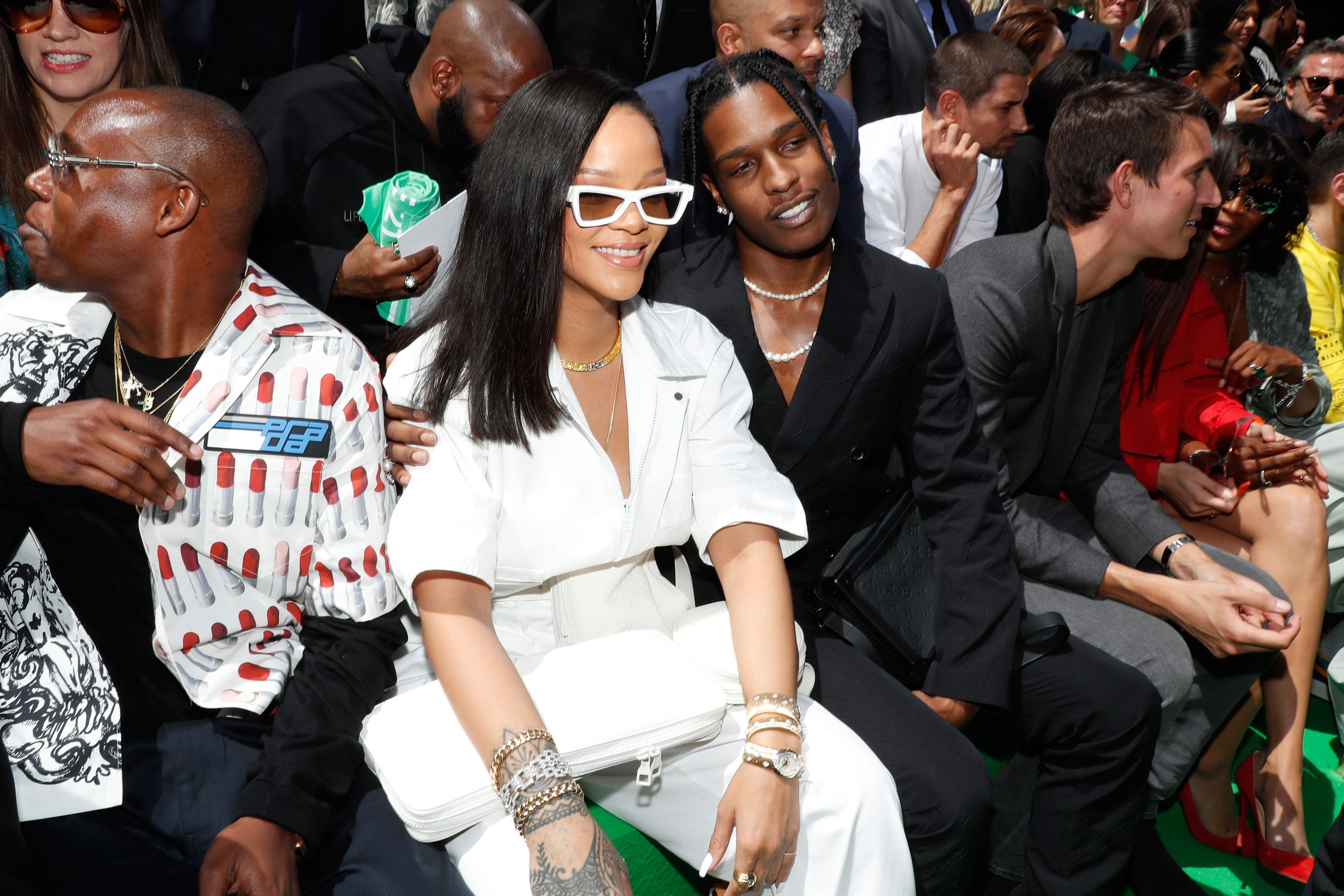 The singer entered a serious relationship with Hassan Jameel, the Toyota heir and a billionaire from Saudi Arabia. Throughout the rest of their relationship, Rihanna and Jameel would keep a low profile.

Around the same time, Rocky was romantically linked to supermodel Kendall Jenner. 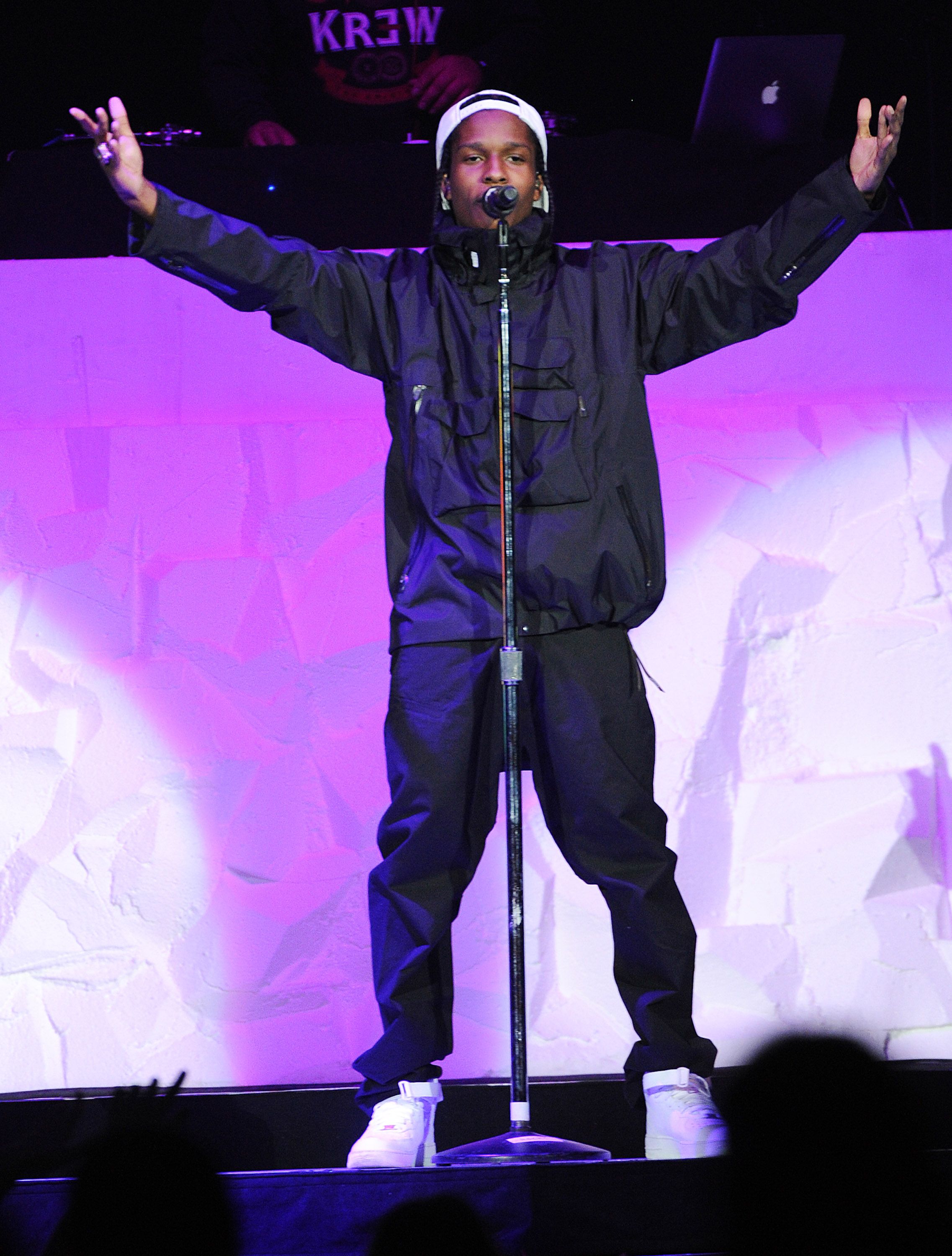 2012: Rocky and Rihanna collaborate together.

After the song’s release, the duo performed together at the MTV Video Music Awards.