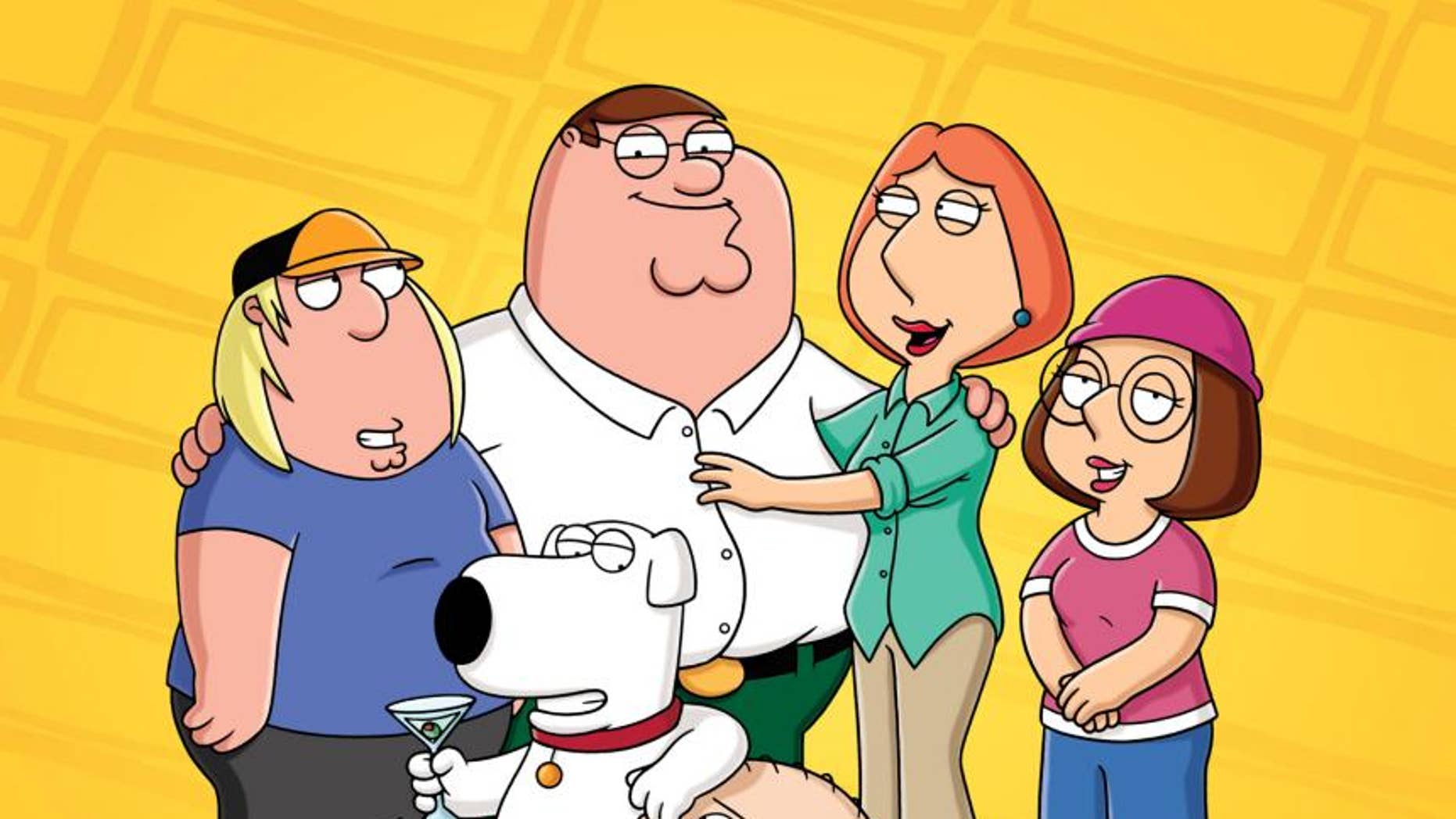 Seth McFarlane’s ‘Family Guy’ is about to get the big screen treatment with a new feature film.
(AP)

"Family Guy" held a funeral for Peter Griffin's boss, Angela (voiced by the late Carrie Fisher), on Sunday with a heartwarming yet lighthearted eulogy.

The animated sitcom previously dedicated a January 2017 episode to the "Star Wars" actress but it had yet to officially acknowledge the death of Fisher's character on the show. Fisher died on December 27, 2016, after suffering a devastating heart attack at the age of 60.

Fisher first took on the role of Angela — Peter's uptight boss at the Pawtucket Brewery — in 2005. The character appeared in at least 25 "Family Guy" episodes from 2005 to 2017, according to IMDB.

The scene Sunday opens with Peter standing at a podium in the pouring rain. He then looks at a piece of paper and begins eulogizing Angela — referencing lines from a variety of famous television theme songs, including "Cheers" and "The Dick Van Dyke Show."

“I’m sorry. Death is hard for me. But at least Angela died doing what she loved — swimming less than 20 minutes after she had eaten. That’s a real thing, kids. Listen to your mothers," Peter said.

It's possible Angela's cause of death was inspired by Fisher's one obituary request, Vanity Fair reports. “I want it reported that I drowned in moonlight, strangled by my own bra," Fisher once joked.

“That was Angela: fearless, spontaneous, honest — about herself just as much as she was about the world around her,” Peter continued. “She had grace, courage and an unmatched zest for life. She may be gone, but her voice will live on in DVD and Hulu Plus and tiny droid-projected messages. I may have lost a boss, but heaven has gained a princess.”

Peter lifted his glasses and wiped tears from his eyes before he realized he was at the wrong funeral.

Peter's new bosses, Bert and Sheila (Bryan Cranston and Niecy Nash) who play a married couple, were introduced later in the episode.

“It would be easy for a less capable actress to make that character kind of one-note, gruff and yelling all the time,” Steve Callaghan, "Family Guy" executive producer, told EW in 2017. “But Carrie brought to it a depth that I don’t think just anyone could have…We’re incredibly grateful to her for that, and we all feel the loss of that now that we’re writing episodes that don’t have Angela in them.”

Callaghan said Sunday's episode was intended to be a "respectful" farewell to Fisher and her character.

“Peter has a speech in there where he’s talking about Angela, but we the audience know that he’s also quite deliberately talking about Carrie Fisher," he recently told EW.