Once upon a time, the “What Disney character are you” game came in the form of Facebook quizzes. Fans would answer a few personality questions, and then the game told you what character you were. A fan would post “I got so-and-so!” and comments and likes would multiply.

Now the game has taken a new form on Instagram via a filter. People point their phone cameras at themselves and the filter puts a little magic mirror on your head.

It flips through several characters, rather like a roulette wheel, and it lands on a beloved (you hope) Disney character. Robin Williams’ daughter Zelda tried it, and the result was predictable – and more than a little heart-wrenching. 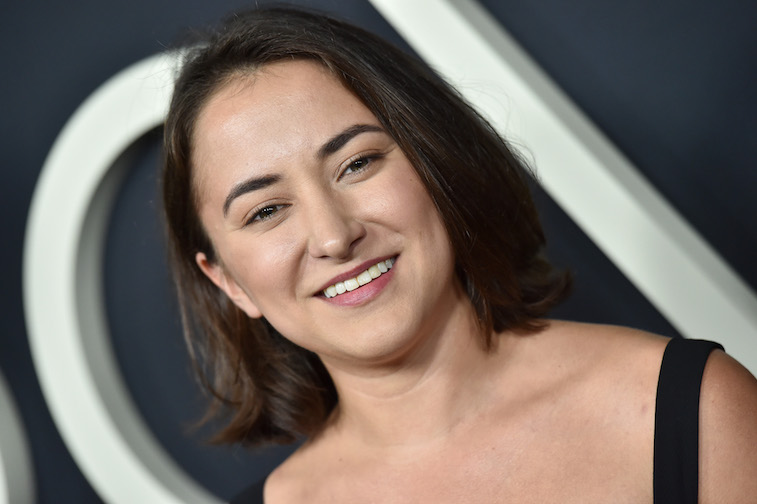 How Robin Williams got to be the Genie

When people think of the late Robin Williams, the shape-shifting blue genie from Aladdin is one of the first characters that comes to mind, if not the first. But it was actually not his first time voicing a character for Disney.

He had previously lent his voice to a 1989 Disney short called Back to Neverland that was a prelude for the animation tour at the then Disney-MGM Studios (now Disney’s Hollywood Studios).

Legendary newscaster Walter Cronkite took Williams on a journey through the animation process where he got to be one of the lost boys from Disney’s 1953 animated version of Peter Pan. Williams loved the idea of lending his many impressions to the malleable medium of animation.

Directors John Musker and Ron Clements took note of this too, and wrote the part of the Genie with Williams in mind. Williams agreed to it on the condition that his name and his character not be used to sell the movie.

To make a long story short, Disney didn’t live up to that agreement, which estranged Williams from Disney for a while, but the parties eventually made up, and Williams returned to voice the Genie again in the direct-to-video sequel Aladdin and the King of Thieves.

Zelda Williams got the genie

Zelda Williams was born in 1989, not long after Back to Neverland was released. She is the second-oldest of Robin Williams’ children, and she, more than anyone else, has been the public face of her father’s legacy. Once the Disney character filter came along, she tried it just as countless other users had just before New Year’s Eve.

She sat there as the character images flipped past and it landed on her father’s character, she let out a loud “HA” and posted the video on Twitter by saying “Y’all and adding the caption “Welp.”

The response, according to Screen Rant, was an outpouring of affection, with many a meme or a GIF of a tearful Disney character. One of the most poignant was a picture of Simba with the memorable line from The Lion King, “He lives in you.”

A typical response was “Wouldn’t have it any other way. We all miss him dearly. Hope his Princess is doing well. Bless you.”

How has Zelda Williams remembered her father?

Zelda Williams has been candid and forthright talking about her father’s battle with Parkinson’s disease  and her family’s struggle to cope with Robin’s death by suicide. However, it’s not all somber and sad. On Instagram, she posted a picture of herself as a baby with her dad, captioning it “Farty and Shooketh.”

“I’m not sure I will ever cry or laugh harder than I have these last 10 years. So much has been lost… and so much gained. Most of the time I’m at a loss to describe what it feels like to look back at this past decade, it seems almost impossible to take it all in or sum it all up, to make it bite size and palatable to be read on here by strangers and friends alike… but, damnit, I’ll try.”

As for that magical little moment with the Disney filter, on Twitter, a friend asked Zelda if she got Genie on the first try. She responded, “On my phone yah. On my friend’s phone it said I was Mulan, which felt… wrong haha.”