The Kardashian-Jenner family is in the spotlight now more than ever, with brand-new episodes of Keeping Up with the Kardashians airing every Thursday. From the ongoing travails of Tristan Thompson’s relationship with his ex, Khloé Kardashian, to Kourtney Kardashian’s struggle to find balance in her life, it seems that there is something going on with every member of the famous family. Still, the younger generation is probably getting the lion’s share of attention these days, especially after Mason Disick, Kourtney Kardashian’s oldest child, spilled the beans on a family secret while on an Instagram live session. His revelation has fans wondering whether or not he will open up again, or whether it will be another young Kardashian-Jenner who ends up revealing all the family’s innermost trials and tribulations. 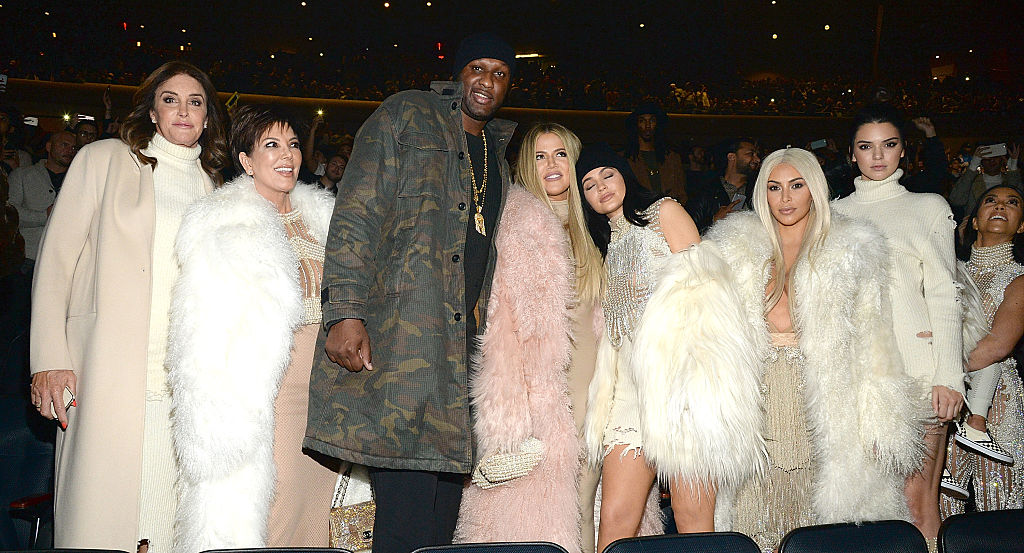 How did the Kardashians become so famous?

When Keeping Up with the Kardashians premiered in 2007, many people had only vaguely heard of the Kardashian family. In spite of the trappings of luxury, including designer handbags and regular Botox injections, the Kardashians projected the vibe that they were a nice, normal family, with arguments and feuds just like any other family. It seemed as though they put everything out in front of the camera, with very little held back.

Over the years, the perception of the family has changed, as well as the way that they handle the media. A few family members, such as Kourtney Kardashian, have expressed the desire to maintain a more private life, while others, like Kendall Jenner, refuse to talk about their private life at all when on camera. Because of this, many fans feel as though the family isn’t nearly as forthcoming as they used to be.

How many kids do the Kardashian-Jenners have?

Will the fam go home with the gold? 🙏 Find out tomorrow night during the E! #PCAs starting at 7|6c.

Other things have changed within the Kardashian-Jenner family over the past thirteen years. Most members of the family have had children and families of their own. Kourtney Kardashian has three children, all of whom share the same father, Scott Disick. Kim Kardashian West has four children with her husband, Kanye West. Khloé Kardashian has a daughter named True Thompson. She shares custody with her ex-boyfriend, Tristan Thompson.

Rob Kardashian welcomed a daughter named Dream with former Kardashian family friend, Blac Chyna. Even Kylie Jenner, the youngest sibling in the family, has a child – she and Travis Scott had their baby, Stormi Webster, in early 2018. Currently, the only sibling in the family who doesn’t have any children is the model Kendall Jenner. Everyone in the family is remarkably close, most of them living within minutes of each other, and raising the little Kardashian-Jenner cousins to be as close as they are. Still, one of those children has proven to be somewhat problematic for the family in recent days.

Could the younger generation reveal all the family secrets?

In late March, Mason Disick went live to chat with some fans on Instagram and answer some questions. However, it is likely that the family didn’t sign off on the ten-year-old’s social media session, because at one point, Disick responded to a question about Kylie Jenner’s relationship status, stating that “No, Kylie and Travis are not back together.” Fans went wild, and hoped for even more insider secrets – but Disick’s Instagram account was deleted not long after the Instagram live.

Still, the incident got fans wondering just what might happen if the younger Kardashian-Jenners do decide to spill the family tea. On a recent Reddit thread, fans discussed which of the younger generation might finally write that “Kardashian exposed” tell-all. Some fans speculated that North West, Kim Kardashian West’s oldest daughter, could be the one to reveal everything because she “has that personality.” However, the majority of posters were in agreement that it would likely be one of Kourtney Kardashian’s kids to write the alleged memoir – and that they would be the ones with the best information since they are the oldest and have seen the most.