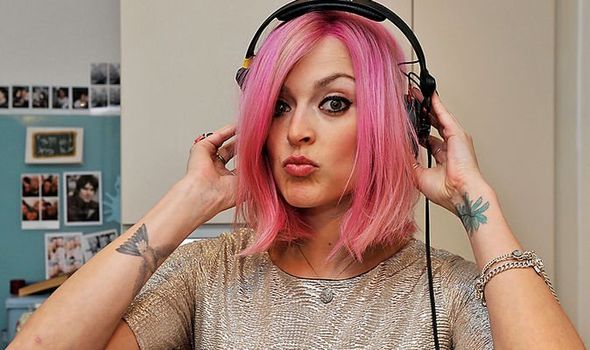 Cotton, who began in TV in 1996 when she was 15, said becoming well known at such a young age triggered her bulimia because she “didn’t feel smart enough or good enough at the job”. Speaking on the How To Fail with Elizabeth Day podcast, Fearne revealed that she had “a disordered relationship with my body and food for 10 years”.

“I’m still worried now about what people are going to think when I share this side of myself.

“I had this new release I invented for myself – to have bulimia. I had that on/off for a good decade of my life.

“In the beginning of my 20s it was quite intense and sort of ruled everything. In my later 20s it was more like a bad habit I’d kick into if something emotional was happening.

“It was my go-to thing but wasn’t as regular.”

The mother-of-two, who was presenting her show on Radio 1 at the peak of her battle with bulimia, made a documentary about anorexia for ITV in 2009.

She kept the disease hidden from her friends, with only her mother knowing the true extent.

Cotton, who has Rex, six, and Honey, four, said: “It was something no one knew about me because at times I was very over-exposed.

“Partly, it was about control. I had this first chunk of my life doing normal family things and the next chunk switched up.

“It was bonkers at times so it was a way of feeling I was calling the shots.

“I am sad to look back and see it was so out of control. I never binged and puked up – I ate regular meals, but then got rid of it all. It felt like a release.

“My mum will probably be quite upset I’ve talked about it.

“I know, as a parent, it was a horrendous time.”

Cotton, who is married to Jesse Wood – the son of Rolling Stones star Ronnie – said becoming a mum helped her heal.

She said: “I’d met Jesse and wasn’t regularly purging but it would still be a fallback if things felt stressful.

“Getting pregnant, I let go of all of it. I ate everything in sight. It came back – the feelings of loathing about my body after the birth – but I didn’t go back to the illness.

“I knew I had to stick to a very practical way of looking at food to sustain my health for myself and my baby.”