Freddie Flintoff, 42, cracked a blunt joke about gap year students during the Top Gear Nepal special which aired tonight. He was so impressed with the view the country had to offer, he almost let his guard down.

I’m not condoning students having gap years, you know what I mean

The BBC car show’s latest presenting squad Freddie, Paddy McGuinness and Chris Harris, were sent on a high-altitude voyage from Kathmandu to the Forbidden City of Lo Manthang.

They had to cross through the highest mountains, deepest gorges and harshest terrain on the planet in their chosen cars in order to reach the finish line.

And the scenery was breathtaking.

Top Gear often shows viewers spectacular footage, and this episode was no different. 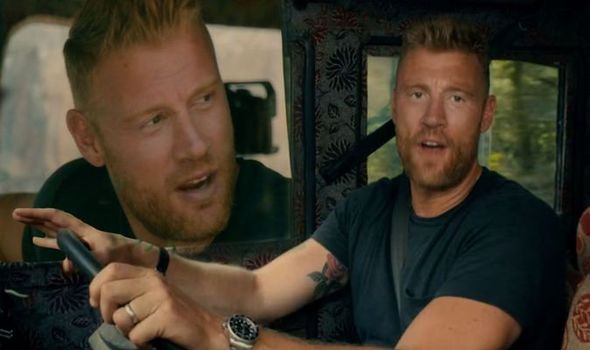 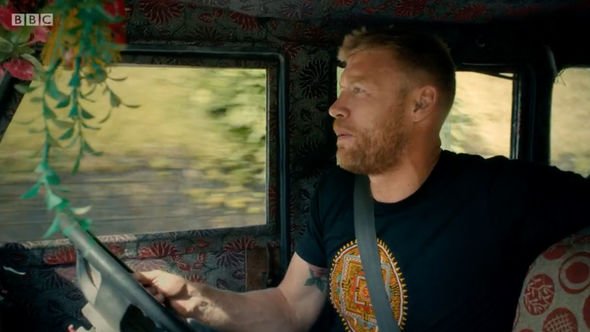 Even Freddie, who admitted he didn’t believe in student gap years, understood why so many people visited the country.

Trundling along in his Hulas Mustang, the cricketer candidly described the view out his vehicle to his personal car cam.

“It’s just beautiful,” he said, as he looked around at the mountains.

“I can see now why so many people come over.”

But his tune quickly changed as he joked: “I’m not condoning students having gap years, you know what I mean.”

“Go and get a job!” he expressed bluntly.

“But there is a massive attraction.”

To get in the mood of the culture, Freddie treated his fellow co-stars to a little wardrobe change.

In order to get his colleagues in the Nepalese spirit just like the interior of his Mustang, he woke up early to gather some material to make some adjustments to their cars as well. 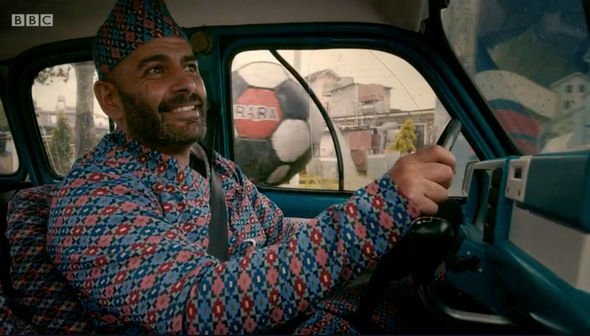 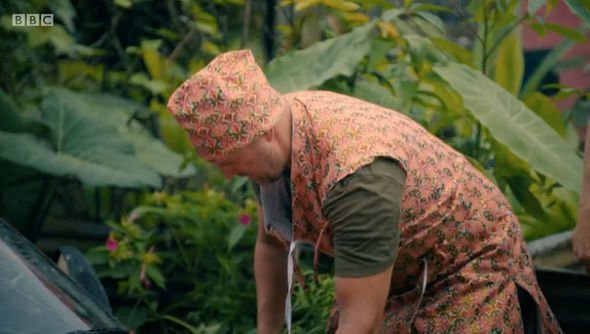 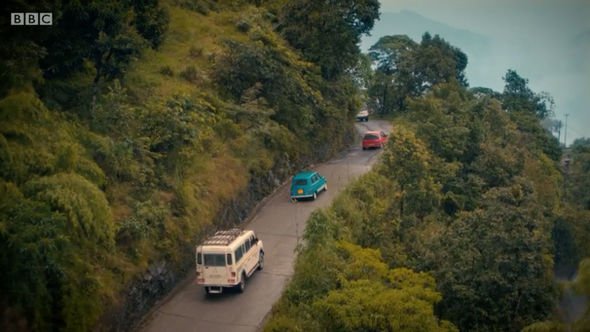 “It feels really comfortable this, but it’s a little small, I’ve had to make some minor adjustments to the sleeves,” Paddy said of his new get up.

The notoriously tall presenter had cut off the full length sleeves of his traditional get up in order to fit in the bodice.

Whereas Chris on the other hand, looked quite snug.

“Very happy Fred!” He grinned, as he spoke over the radio.

“I must admit at first I was a bit sceptical, thought I looked a bit ridiculous.

“But now, sitting in here, it feels good on – it’s breathing well!” he giggled.

Viewers will have seen the boys’ newly decorated car interiors too: “My seats were a little ropey, they were the only thing I didn’t like about the car. So, in many ways you’ve actually competed the Renault 4,” Chris thanked Freddie.

Although, the six-foot-one host wasn’t so keen: “Whereas the seats over in my car, when I look in the rear-view mirror, I can just see my eyes,” Paddy laughed.

Top gear continues at 6:45pm next Sunday on BBC.