The 57-year-old Hollywood superstar enjoyed some time on the dancefloor with the two royal brides in the star-studded bash held in Windsor’s Frogmore House, but was snubbed by the Duchess of York Sarah Ferguson, according to The Mirror.

George and his wife Amal, 40, were among a slew of celebrity guests invited to see Meghan and Prince Harry tie the knot on Saturday, alongside actor Tom Hardy, TV legend Oprah Winfrey and David and Victoria Beckham. 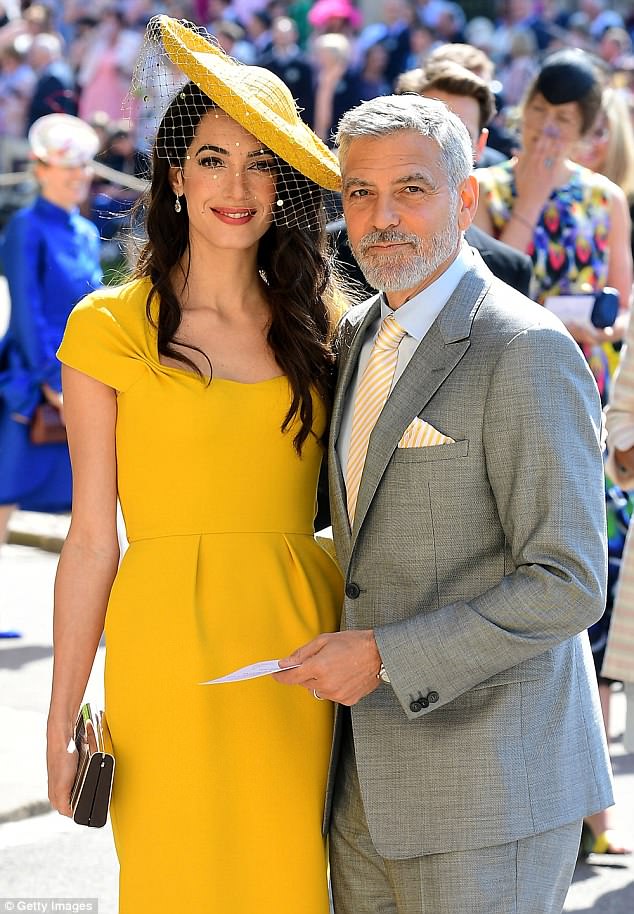 Footloose: George Clooney reportedly danced with both Meghan Markle and Kate Middleton at Saturday’s Royal Wedding reception, according to The Mirror

As the evening reception got into full swing, George reportedly enjoyed a dance with the now-Duchess of Sussex, before taking to the floor with Duchess of Cambridge Catherine.

But when the actor reportedly approached Fergie for a twirl, she declined to the amusement of other guests.

MailOnline has contacted a representative for George Clooney for more information. 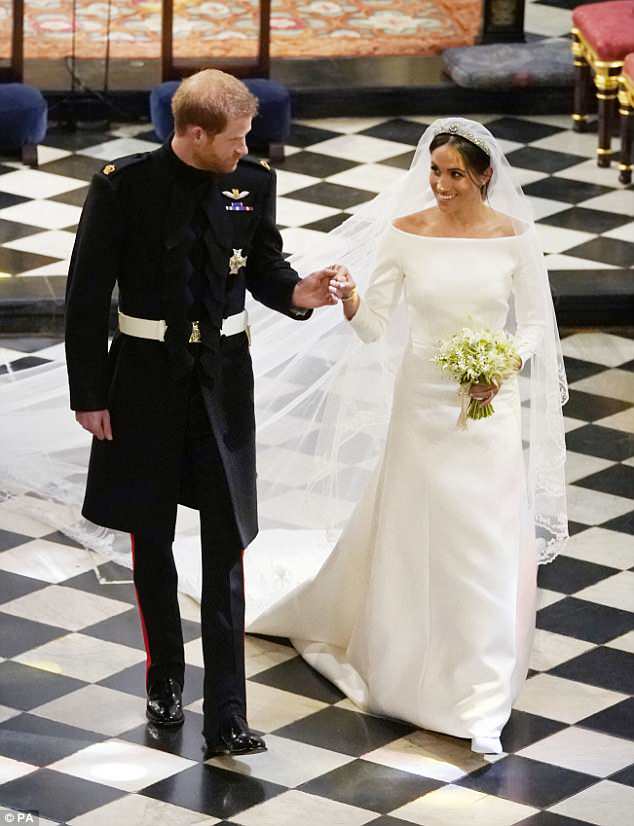 Energetic: Hollywood superstar George reportedly enjoyed a twirl on the dance-floor with the now-Duchess of Sussex Meghan, after she tied the knot with Prince Harry in a lavish ceremony

The evening proved to be a lavish affair after millions round the world saw Harry and Meghan exchange their vows. with a star-studded congregation among the 800 guests taking their seats in St George’s chapel.

Ever-stylish Amal was effortlessly chic in a mustard yellow midi dress and matching train as she arrived for the event hand-in-hand with husband of three years George, who looked dapper in a simple grey suit.

The human rights lawyer added to her look with a netted side hat and gold pointed heels, keeping her makeup simple and glowing as she arrived in the church. 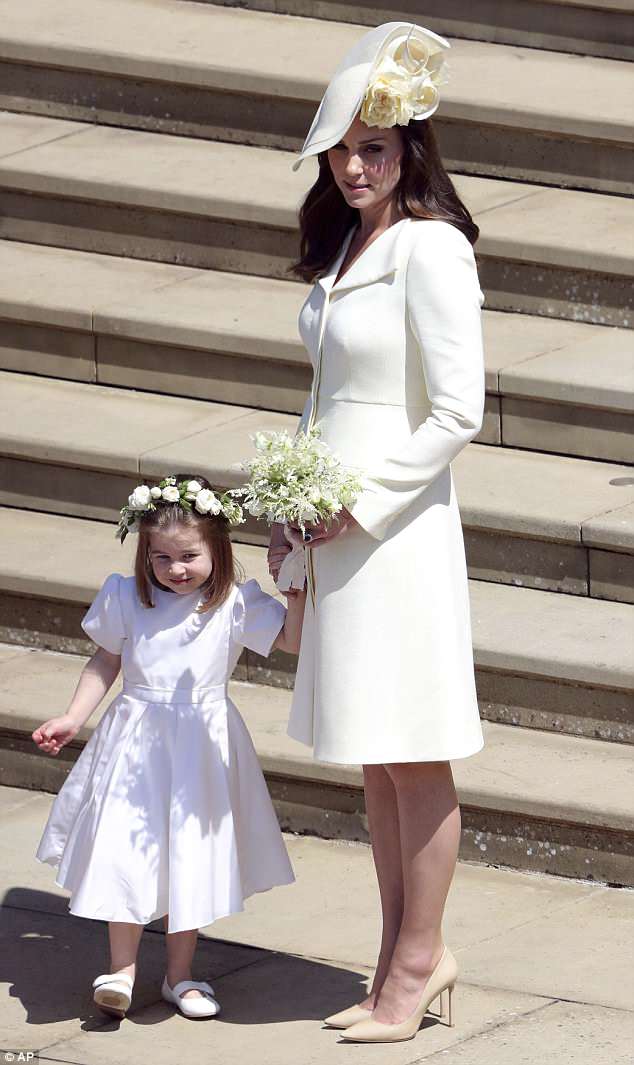 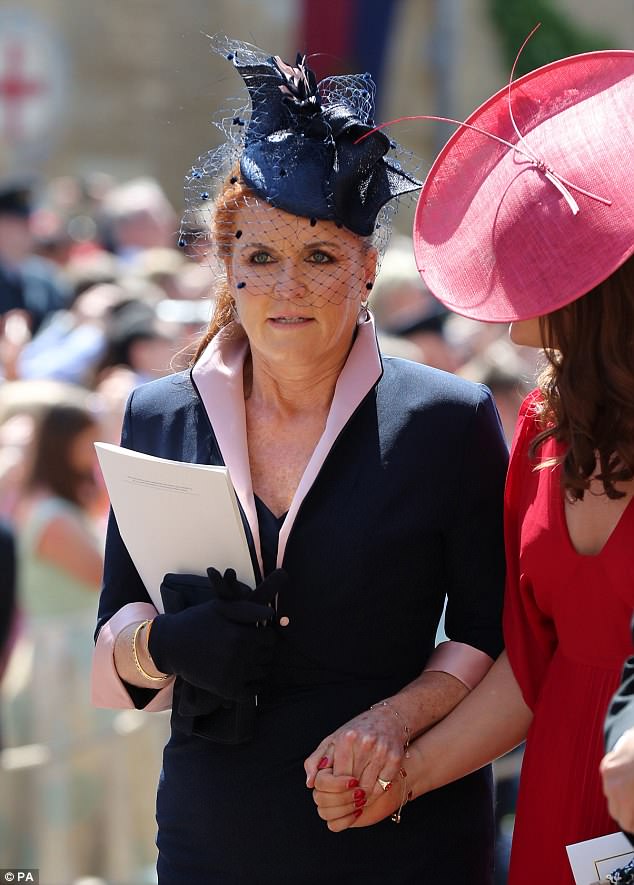 No thanks! But when he approached The Duchess of York Sarah Ferguson, George was reportedly turned down

Hosted by Harry’s father Prince Charles, the reception proved to be a grand evening for many, through some guests told the publication that it was far from traditional.

Later on in the evening Harry’s favourite house tracks ‘curated’ by DJ Sam Totolee, who also performed at Pippa Middleton’s wedding, and a ‘drinks of the world’ themed bar – and their first dance was said to have been Whitney Houston’s I Wanna Dance With Somebody, giving a further nod to Meghan’s American heritage.

Also on the menu were candyfloss and ‘dirty burgers’ as midnight snacks, while one source reported a cocktail featuring ginger and rum was on the menu as a cheeky nod to Harry’s red hair, named ‘When Harry Met Meghan’. 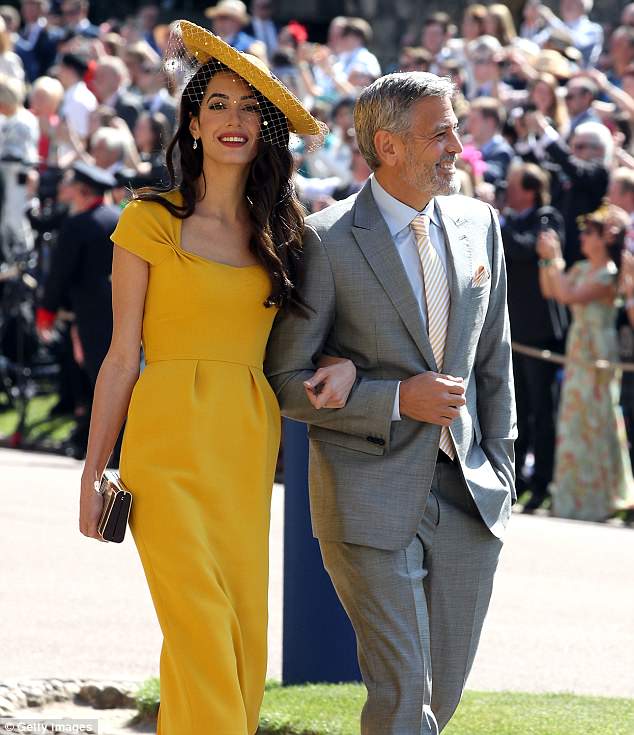 Stylish: George and his wife Amal put on a stylish display as they joined a slew of celebrity guests in attendance for the ceremony in Windsor’s St George’s Chapel 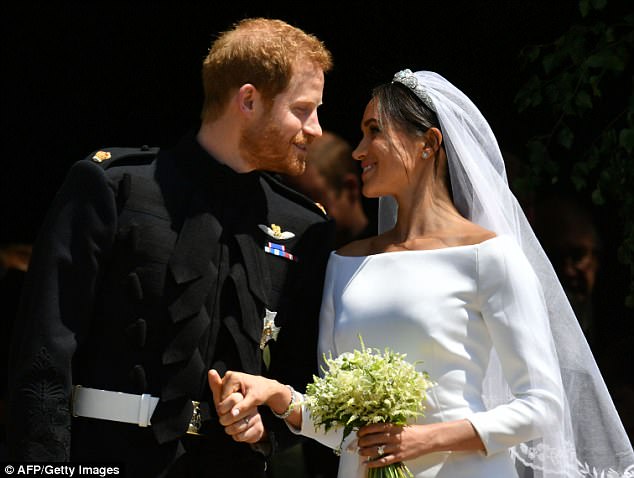 Loving: With an audience of millions around the world, Harry and Meghan’s nuptials proved to be a lavish affair 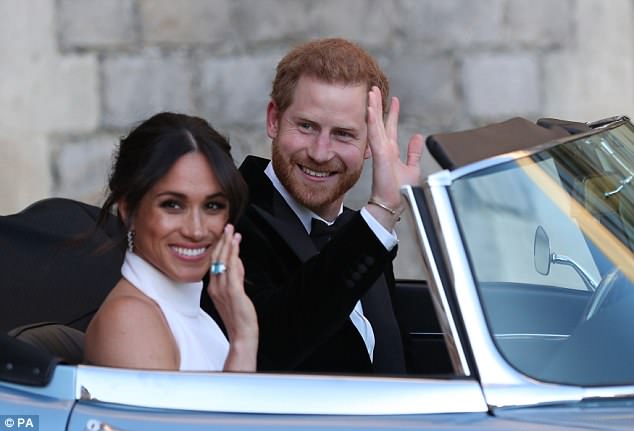 Fun night: The reception has been reportedly less of a traditional affair according to guests at Frogmore House, where Meghan unexpectedly made her own speech

The sit-down dinner was organic, sourced at the request of Prince Charles, and the light-bite canapes were themed ‘spring meets summer’. The meal, paid for by the Prince of Wales, ran from 7.30pm to around 10pm.

There were said to have been ‘naughty’ speeches from William and a joint effort from Tom ‘Skippy’ Inskip and Tom Van Straubenzee, while Harry reportedly ended his emotional speech by gushing: ‘You are the people that make ‘me’ me in my Harry life, which as you know is the backbone to Prince Harry.’

Meghan is also thought to have thanked the Royal Family for welcoming her into ‘The Firm,’ ending her own unexpected speech with: ‘I have found my prince.’

Guests are also understood to have returned to London late last night for an ‘after-after party’ at celebrity favourite Chiltern Firehouse in Marylebone. Another party had been planned in a soundproofed private home in Chelsea. 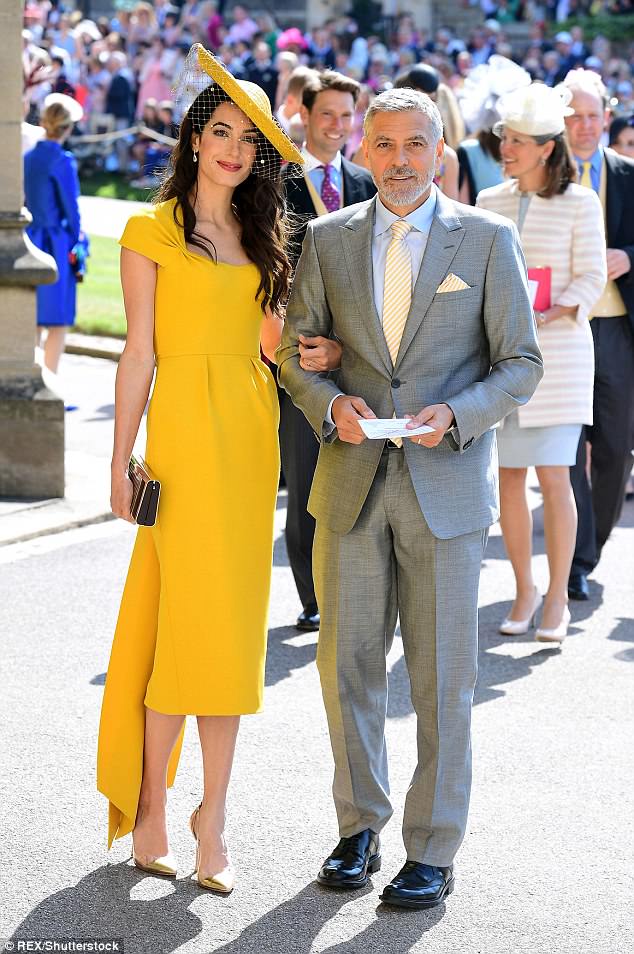 Happy: Amal sported a mustard yellow midi dress with a matching train as she arrived at the church, finishing her look with gold heels and a netted hat

FULL LIST OF CELEBRITY GUESTS AT THE ROYAL WEDDING