The wait is finally over, Gigi Hadid has revealed the name of her daughter with Zayn Malik … Khai.

Gigi made the not-so-subtle announcement Thursday, updating her Instagram page bio to include “Khai’s mom.” Fans were quick to notice the change, and went crazy for the news. 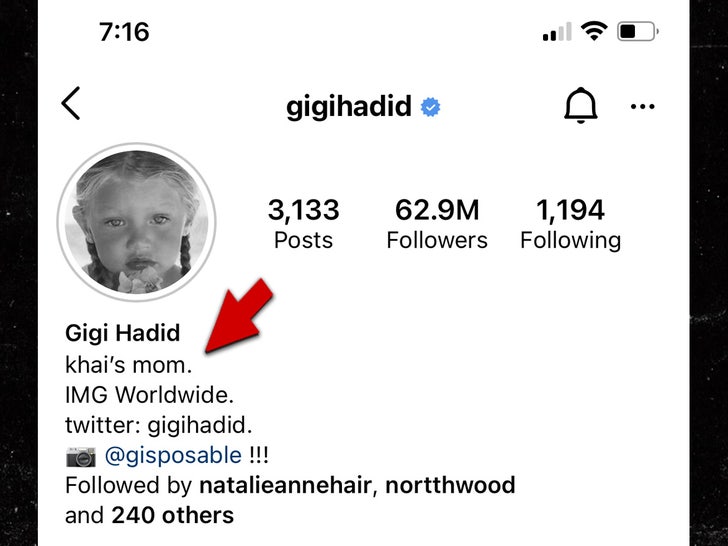 A source close to the couple tells us Khai’s name is a tribute to Gigi’s grandmother — on her dad, Mohamed‘s side — who was named Khairiah. The name Khai also means “crowned” in Arabic whereas Zayn’s last name “Malik” means “King” … so baby Khai’s name translates to “crowned king”.

Gigi gave birth to Khai in September, and while she’s shared a couple faceless photos of her new daughter, the public was left in the dark when it came to the baby’s name.

It was just before Thanksgiving when Gigi shared a photo of herself holding Khai in a blanket with the caption, “A whole new kind of busy & tired … but she’s da bestie so she got Christmas decorations early.” Included was a photo of a decorated Christmas tree. 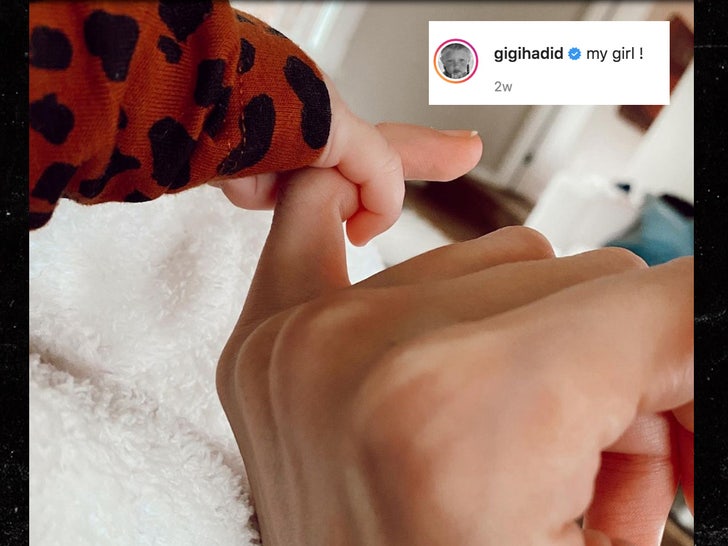 Khai is both Gigi and Zayn’s first child.