Gigi Hadid took to Instagram to share a sweet and funny birthday post for her boyfriend Zayn Malik and it included a cute photo of them posing as new parents and a cheeky caption.

Gigi Hadid, 25, gave a hilarious Instagram shout-out to her boyfriend Zayn Malik on his 28th birthday on Jan. 12. Her post included two pics, including one of them posing together in eye-catching outfits, and a caption that every new parent could probably relate to. In the first snapshot, Zayn’s standing and smoking while wearing a white beanie over his head along with a long-sleeved gray shirt under orange overalls, and tan and black Nike sneakers. Gigi is standing beside him with her hand around one of his arms and wearing a light pink bucket-style hat, a red, gray, and white designed scarf, a long black coat, and white and pink unicorn sneakers.

The second pic appears to show a cartoon version of Zayn holding a cartoon version of their three-month baby daughter. It’s not clear if the pic is indeed supposed to be the former One Direction star and his little gal or if it’s taken from something else and just looks like them, but either way it’s pretty adorable!

“Team No Sleep ! Happiest birthday to our Zaddy baba. So special. Love you long time, thank you for makin me a mamma to the best girl ever ☺️ Wish you the best every single day,” Gigi wrote in the caption for the post. 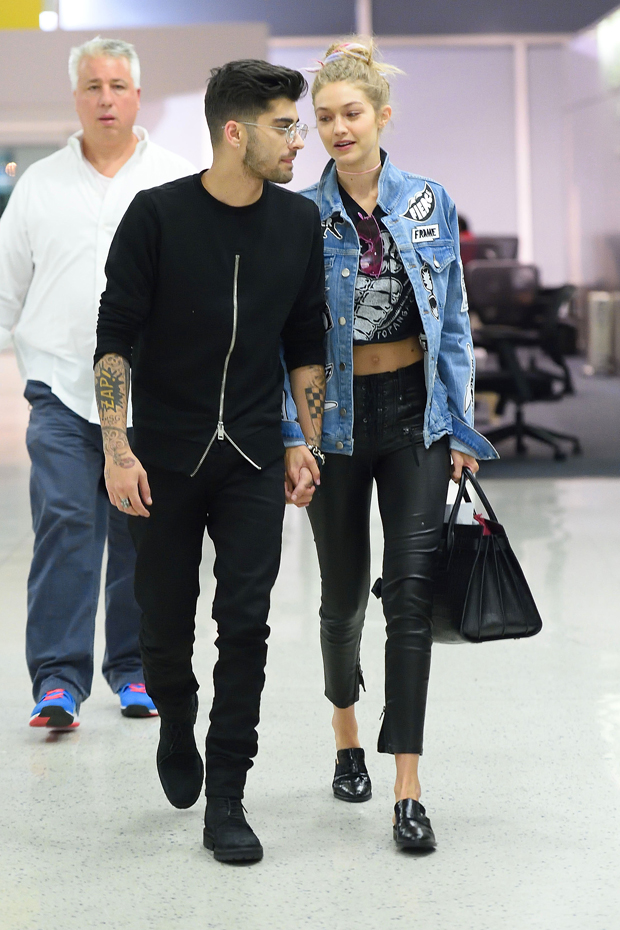 Fans quickly flooded the comments section of the pics and shared their own birthday wishes for Zayn as well as their excitement over the new post. “Zigi power!” one fan wrote while another called them “cuties.” A third gushed, “OMG YALL LOOK SO NICE” and a fourth exclaimed, “wishing you the best 28 zayn!!”

Before Gigi’s birthday post for Zayn, she and the British hunk got attention on social media for Gigi’s post in Nov. In it, she showed off throwback pics of her baby bump, including two of her posing from the side and one of Zayn resting his head on her belly. “August, waiting for our girl,” she wrote in the caption.