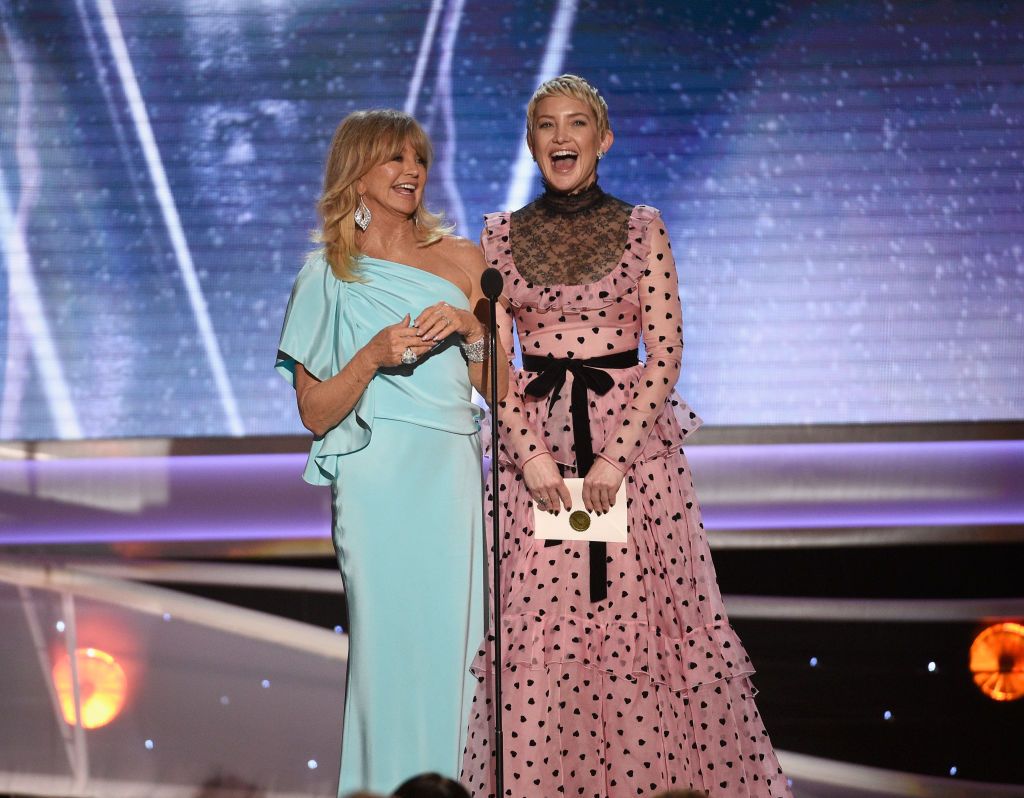 On Thursday morning, Kate Hudson was the guest host for Ellen DeGeneres’ namesake day-time talk-variety show, and interviewed none other than her hilarious mother, Goldie Hawn. For the colorful pair, no topic was off-limits, including the behind-the-scenes details on the birthing story of Kate’s baby girl, Rani Rose.

This isn’t the first time Goldie has been in the room for the birth of Kate’s children. However, Hudson pointed out that this time was different than the last. Hawn went to explain why: “Last time it happened, I ate too many Doritos in front of you, brought you a lotus, asked you to smell it—which is the worst thing you can do to a pregnant person—and then you asked me to please put down my pizza.”

Hawn also recalled that at one point during the previous birth, Kate “leaned up and went ‘Mom, shut up.'” during a contraction. This time, Hawn said, “I was careful, and I said, ‘Would it be okay? Do you want me to be in the room?'”

Hudson, who wanted to go natural with no epidural for the birth of her third child, explained that “everyone would be in the room, and I’d have those crazy contractions where I’d be talking and then all of a sudden, I’d go [humming noise] and have to hunker down.”

She also added that “because there were so many people in and out, I was feeling left out of the social aspect of it. I looked at the nurse and I was like, ‘I think I want the epidural part of it because I’m too social for natural childbirth.'” Kate explained that she ended up getting a walking epidural and “during the actual pushing it was like that,” and she snapped her fingers.

Kate described her doctor as “amazing,” and as for mom, Goldie, Kate said, “Man, she was right in there.” At this point, Goldie jumped out of her seat and reenacted the labor-room scene for the audience.

She explained that the doctor was “leaning down, doing the thing, with the baby, and I’m trying to get in on him to try to look over his shoulder. And now I see the head and I’m going, ‘Oh, there’s the head!’ and then it went back. And he said, ‘Goldie, if you get any closer you’re gonna fall in,’” After that Hawn said, “I took my cue, and didn’t get much closer.” Kate then added, “It was amazing.”

The mother-daughter duo previously got into birthing hijinks seven years ago when Hudson gave birth to her second son, Bingham. The two candidly discussed that birth on a previous visit interview with Ellen in September 2018, while Kate was pregnant with Rani.