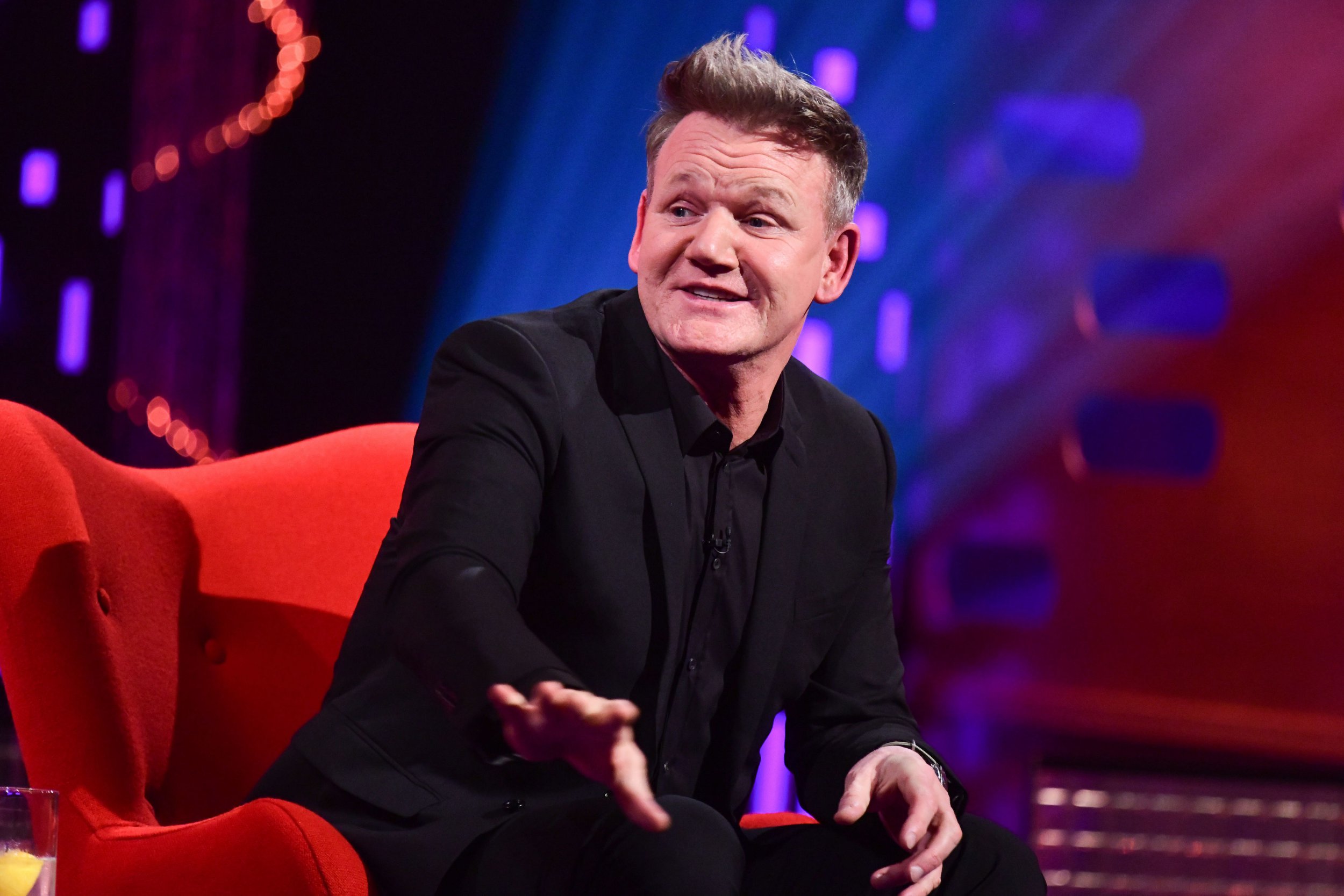 Gordon Ramsay discovered he has arthritis after getting surgery on his knee.

The celebrity chef trains two hours a day, is a keen marathoner and has done multiple Ironman events – and that’s in addition to the workout his temper in the kitchen must give him.

However, he has been told to slow down by doctors after they found arthritis in his knee, after he underwent meniscus surgery.

The 58-year-old told The Sun: ‘I did it running up the hill in Richmond Park, bolting up it. It was f***ing painful.

‘And when I got the X-rays back, the doctor said, “You’ve got arthritis in your knee”.

‘I’d never heard that word in relation to me before. He told me I needed to start slowing down. It was a case of “Imagine you’ve got 1.5million steps to run over the next 30 years . . . pace yourself”.’

Gordon admitted that slowing down was difficult for him as training is his ‘release’ from work, but noted that the loss of his dad aged 53 to a heart attack is a ‘stern warning’ to him.

He is also a fan of gruelling Ironman triathlons, which involve a 26.2-mile run, 2.4-mile swim and 112-mile bike ride, and to keep fit at home, he uses Zwift, a cycling app that is used by professionals.

Kind of puts our pair of lockdown dumbbells to shame.

While Gordon has been told to slow down for the sake of his knee, he’s certainly not taking a break in his working life.

Adding to his TV career, the father-of-five has launched a new gameshow called Bank Balance on the BBC.

Like a cross between The Million Pound Drop and Jenga, Bank Balance involves contestants asking questions and then balancing gold bars on a precarious balance board – the more bars, the bigger the cash prize, but they’ll be left with nothing if it comes crashing down.

Gordon said he didn’t ever mean to host a gameshow, but became hooked when the idea for the show was borne out of lockdown.

He told Radio Times: ‘I was home, grounded, like we all were. I couldn’t travel, all I could do was sit on endless zoom calls watching this brilliant balance game come to life.

‘Then we made a prototype board which got sent to my house in a van and I endlessly stacked blocks over and over again trying to understand the jeopardy. Let me tell you, it’s really really hard – much harder than people will think!

‘As lockdown began to ease and as we started pitching the idea to the networks, I realised I was so invested in the bloody game that I couldn’t just step away and let someone else host it, so that was the deal, we devised, created, produced and filmed the whole show in one year all in COVID.  Bloody crazy really.’

Bank Balance starts on Wednesday night at 9pm on BBC1.