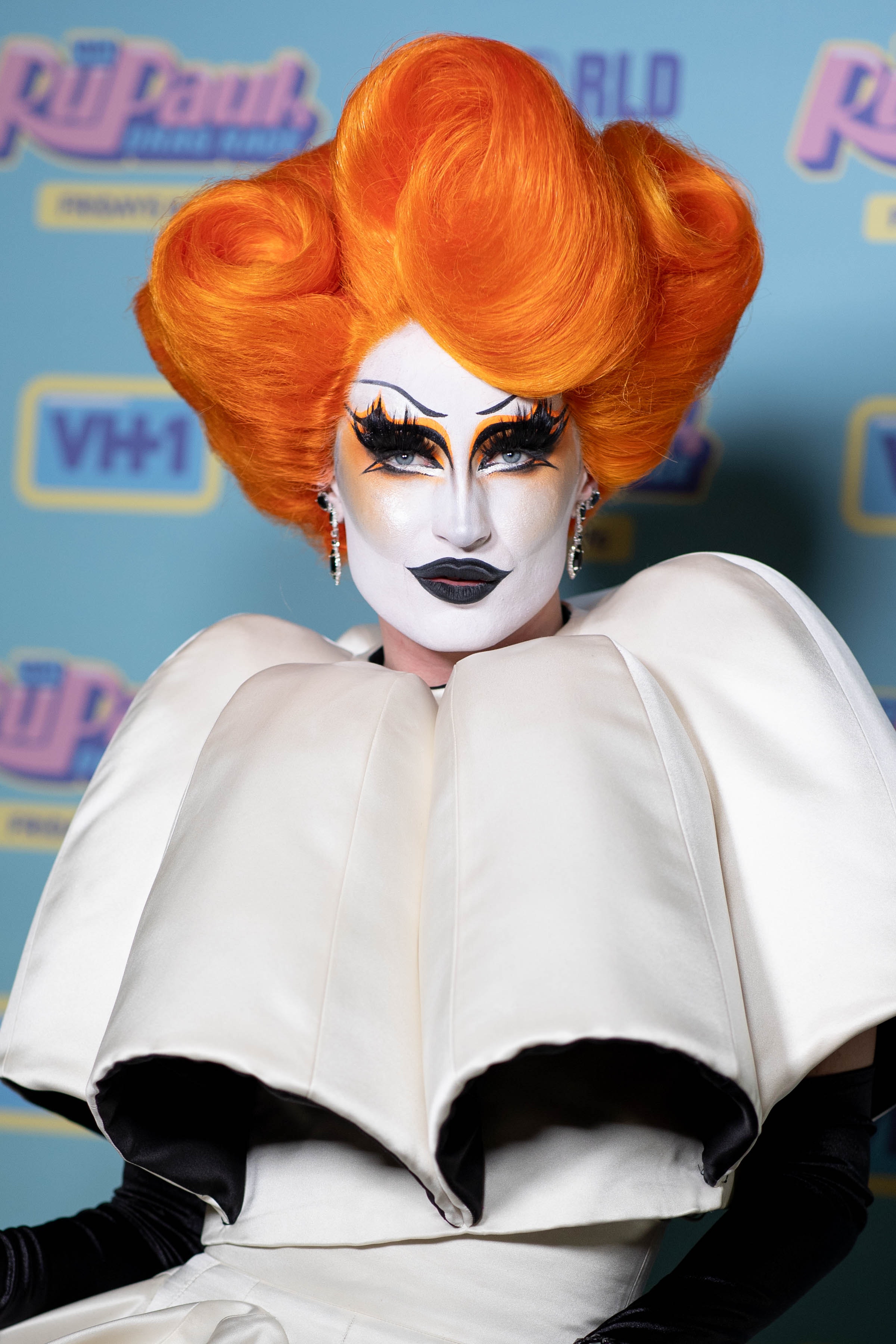 The most memorable RuPaul’s Drag Race queens exit the series having coined an original catchphrase or dance move, a punchline or pun to be forever referenced by fans. Among them: Alyssa Edwards’ lip smack, Vanessa Vanjie Mateo’s “Miss Vanjie” sashay, or even Monet X Change’s questionable sponge outfit. So it’s no surprise that 15 minutes into our conversation over Zoom, Season 13 finalist Gottmik has said her go-to phrase no less than a half dozen times: “Gorgeee!” Not gorgeous, gorgina, gorgefied — just gorge. Regardless of whether she takes home the crown, Gottmik has already made Drag Race history, and it’s got nothing to do with her hilarious Valley girl inflection.

Before getting cast on the Emmy-winning show, Gottmik (who uses female pronouns in drag) achieved success in Hollywood as a makeup artist whose talent roster includes Cindy Crawford, Heidi Klum, and Drag Race alums like Detox. But Gottmik will most importantly be remembered as a trailblazer for becoming the series’ first trans man to compete on the show. That fact in and of itself is already a huge win. “When I went into Drag Race, I just felt so alone,” she tells Elite Daily. “I was like, ‘Oh my gosh, there’s no one like me in the media.’ There’s no way there’s a lot of trans guys that want to do drag. I was scared I would even offend some of the trans guys out there with just how down I was for all of this.”

Throughout the season, Gottmik optimistically explored her gender identity onscreen. It’s that visibility that’s inspired fans to be themselves. “My DMs are just so full of people all over the gender spectrum — trans women, trans men, anything in between,” she says. Regardless of whether or not she takes home the crown, her M.O. is clearer than ever. “I want my Drag Race legacy to be, like, literally look at me and understand that no matter what box society tries to put you in, no matter what it says, even if you don’t see yourself in the media, pave your own way.”

She continues, “That box does not exist and you are completely valid. There’s no one that can stop you in this world. You have one life, so turn it out and show your artistry, no matter what it takes.”

Turning it out is something Gottmik surely did all season, especially with her Paris Hilton impersonation for Snatch Game (her proudest “challenge-wise” accomplishment), plus that epic roast. “When I did that roast and RuPaul said I had a career in comedy ahead of me, I was just like, ‘Is this real life?’ Like, I am out here roasting RuPaul and she’s living! It was just amazing to me.”

Gottmik says the branding challenge, in which she ridiculously sold “Gottmik’s Gott-Sexx Sex Juice,” was a lightbulb moment for her as a performer. “That was the prettiest I’ve ever looked in my life and I don’t even know if I ever will look like that again,” she says, jokingly. “I was watching it back and I was like, ‘Who is that girly?’ I had human hair tucked behind my ear and I just remember being excited to go kill it, not even thinking about my gender. Before I would have been very upset to look like that, and now I love it and I just can’t believe how much I’ve grown as a person.”

While at home watching herself blossom throughout Season 13, Gottmik also related to the onscreen arc of Bimini Bon Boulash, the Drag Race UK Season 2 finalist who identifies as gender non-conforming (both seasons aired simultaneously). “She has the same kind of crash-the-system, system offender vibe that I do,” Gottmik says. “We just are so passionate about being loud and proud and changing the world and all that, so seeing her journey and my journey and us having the same message at the same time is so important to me. From both sides, it’s just too good.”

On making it to the final four alongside Kandy Muse, Rosé, and Symone, Gottmik says, “It’s truly just the most insane feeling ever. I fully came in here wanting to be this role model and say the right things and now I’m out here with this whole new outlook on life, and power that I discovered on the show. I couldn’t be prouder to be standing here right now.”

With this newfound confidence, Gottmik plans to professionally explore the improv and comedy skills she refined on Drag Race once the finale wraps. And should she win, yes, she’s already thought about how to put that $100,000 cash prize to use. “I definitely think I’m just going to buy the most gorgeous costumes in the entire world,” she says. “I’m going to be, like, the most Swarovski’d, snatched diva that’s ever existed. It’s just going to be insane. My looks are going to be game-over.” It seems there’s only one way to best describe Gottmik’s future: “Gorgeee!”