This is Elon Musk, founder of SpaceX, CEO of Tesla, and casual billionaire.

From the looks of this picture, he’s just happy to be here! 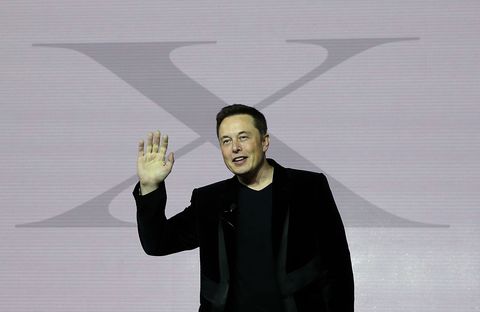 And this is Grimes, singer who makes what The Wall Street Journal once described as “the kind of music you imagine a group of vampires would listen to.” 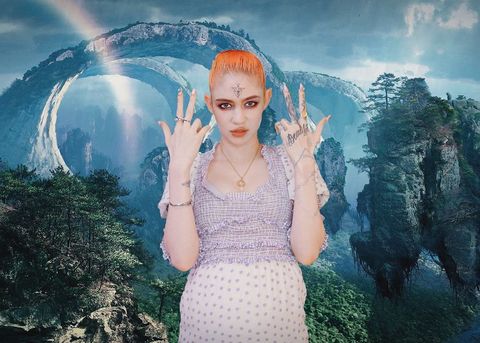 They’re basically the Romeo and Juliet of our time—YEAH, I SAID IT—and if you have a lot of questions (examples include: why/how/what), everyone else appears to be right there with you.

Elon Musk dating Grimes is all the proof you need to know we’re in a simulation.

I knew I shouldn’t have written my Grimes and Elon Musk fanfic in that dusty old journal I found in the haunted antique store.

But to really understand why Elon and Grimes are such a good-if-unlikely pair, you gotta go back. Back to the beginning.

Elon and Grimes meet via Twitter thanks to making the same nerdy joke about artificial intelligence and Rococo. I can’t even begin to understand or explain what it means, but it goes without saying that this is how all great romances start.

“Elon was researching the idea of joking about Rococo Basilisk, and when he saw Grimes had already joked about it, he reached out to her,” a source later told Page Six. “Grimes said this was the first time in three years that anyone understood the joke. They were both poking fun at AI.”

Cool-cool-cool, I totally relate to this.

Page Six reports that the couple have been “quietly dating,” and that same day they casually show up together at the 2018 Met Gala. Right before they make their public debut, Elon drops their inside joke on Twitter: 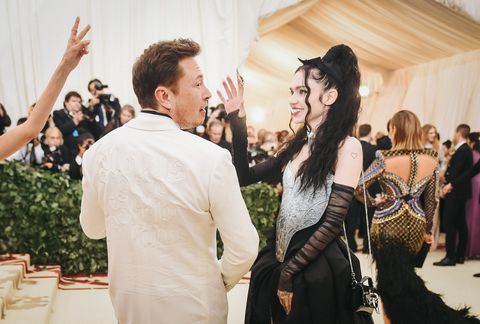 Grimes shows up to Elon’s “2018 Space X Hyperloop Pod Competition” (gonna just pretend like I know what that is), and they look cute! 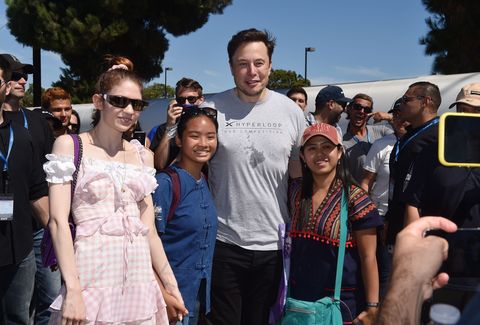 Grimes and Elon unfollow each other on Instagram, and everyone assumes they’ve finally broken up. BUT THEN!

Grimes chats about dating Elon to The Wall Street Journal, saying she was “simply unprepared” for all the public scrutiny that came with their relationship:

Grimes hits Instagram and reveals she’s pregnant. Literally no one, nowhere, is okay.

Grimes is on the cover of Rolling Stone in all her pregnant glory and confirms that Elon Musk is, indeed, the father of her child.

👀 @elonmusk is no longer following @Grimezsz

And then follows her a few days later:

Annnnnd, um, yeah. That’s where we are now. Thanks for coming with me on this short and strange journey, fellow bored internet friends.