Of all the characters on Orange Is The New Black, Alex Vause (Laura Prepon) has always been my favorite. Yes, her on-again, off-again relationship with Piper has been annoying at times, but at the end of the day, I love her no-BS attitude. Prepon’s character will definitely have an interesting story line in Season 6, but before you binge your way through another season, it’s time to refresh your memory on all things Alex. What happened to Alex in OITNB Season 5? Here’s everything you need to know about this complicated character before Season 6 hits Netflix on July 27.

After spending Season 4 in a state of near-constant terror (Alex’s old drug lord, Kubra, sends a man named Aydin to kill her in prison, but she ends up killing Aydin instead), Alex tried to relax a bit in Season 5. During the prison riot, Alex chooses not to get involved, and she creates a mini-cult of followers who are also looking to lay low. Alex urges Piper to join them, but Piper is Piper, so after about two minutes, she gets bored of reading and napping and decides to help Taystee negotiate with MCC for better prison conditions.

In previous seasons, this would have ended Alex and Piper’s relationship, but by Season 5, the two have matured a lot. Alex pretty much shrugs off the whole thing — clearly she understands who she’s dating — and just a few hours later, the two are back in the showers making out.

For about five minutes, everything is good in Litchfield, but things quickly go south when CO Piscatella breaks into the prison and begins capturing the inmates. In order to revenge on Red, who he’s been feuding with since Season 4, Piscatella seizes her prison "family" and makes them watch as he tortures her. Alex struggles as Piscatella shaves Red’s hair, and in a brutal moment, the massive CO breaks Alex’s arm. 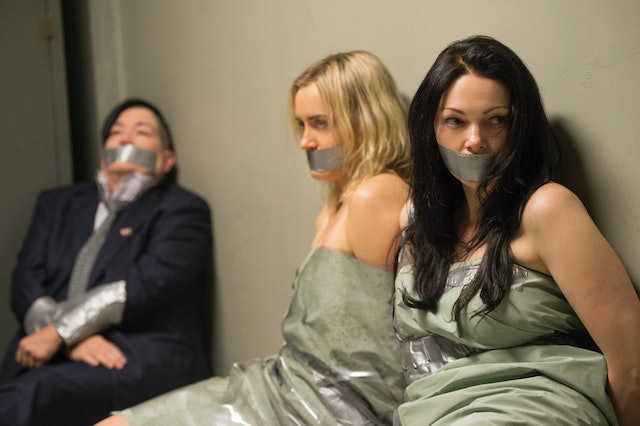 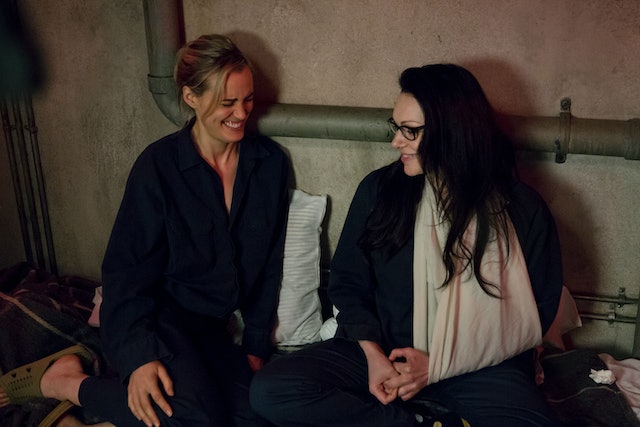 Considering that the majority of the show’s main cast is down there, I’m thinking that yes, they’ll come out alive. But who knows what’s waiting for them on the other side? Gina’s video of Alex proves that inmate abuse in Litchfield is very, very real, but it also has a negative side-effect: Aydin was supposed to kill Alex, and now, Kubra knows that she’s alive. Alex already faked her death once, and I can’t imagine that Kubra will react well to knowing that he’s been played. Plus, the setting is switching to a maximum-security prison in Season 6, and I’d be willing to bet that Kubra has more than a few allies in this new prison.

I’m keeping my fingers crossed for you, Alex.