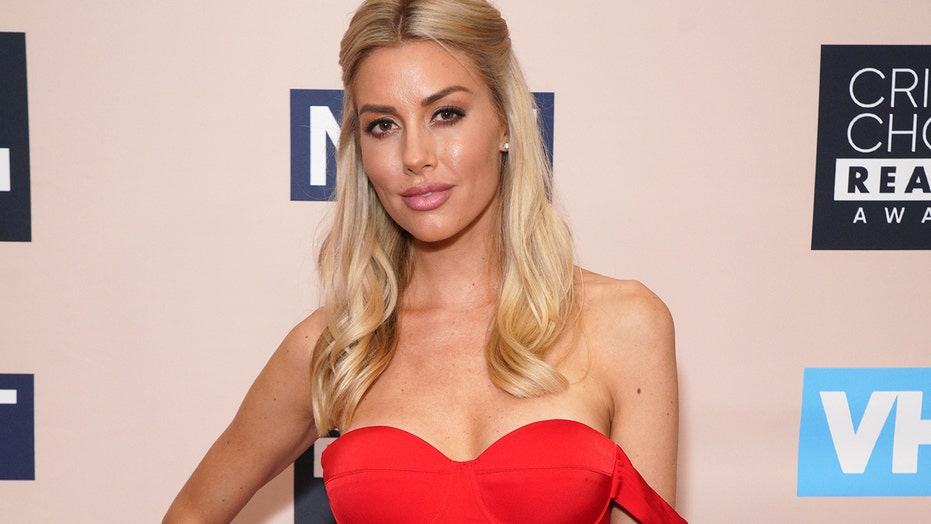 Heather Rae Young is making headlines nowadays for her hit show "Selling Sunset" and her new engagement to HGTV star Tarek El Moussa — but before that she got her start posing for Playboy.

The 32-year-old real estate agent said she doesn't regret her modeling days but admitted she's not sure how she's going to tell her future stepkids about the experience.

The former Playboy Playmate told Access Hollywood that at this point in her life, she wouldn't pose for it again.

"I was a centerfold so long ago and I shot the magazine a few other times. I think at this point in my life, no, but I really am so thankful for all the opportunities Playboy gave me," she revealed. "It catapulted my career, it changed my life, it was the most defining moment in my life."

"I wouldn't be where I am today without Playboy. I'm so supportive of the brand but as far as me right, having two stepkids, it's probably something I'm not okay with doing at this point in my life and I'm still trying to figure out how I'm going to tell the kids I did Playboy," she continued.

Young also started a podcast titled "Flashbacks" with her friend and co-host Jessica Hall. She said while no topic is off-limits, she is respectful to El Moussa about talking about past relationships and private details about their life together.

"We both respect our men," she said. "I'm engaged and my fiance, he's very well known, so I won't bring up certain things or relationships from my past that I know he wouldn't want to hear [about]."

She continued, "Also, I have stepkids. One day we know our kids would be listening to our podcast and hearing about our lives or things we say so I am very aware."

The 38-year-old "Flipping 101" star proposed to Young on July 25 at Descanso Beach Club while celebrating their one-year anniversary. They met in July 2019 through a mutual friend.

Young recently revealed that El Moussa will be able to appear on an episode of "Selling Sunset" if the show gets renewed for Season 4.

“So, Tarek is on HGTV, and unfortunately the networks were not allowed to film together,” Young explained while on an episode of Buzzfeed Celeb’s “Burning Questions."

"Because they got to film the engagement, Netflix and HGTV came to an agreement that Tarek is allowed to film an episode with me next season," Young added.

"I'm so excited to have him on camera with me and film with him,” she gushed. “We have so much fun together, and we love filming together."