Helen Skelton: On The Farm host turns heads in tiny striped bikini as she frolics in river 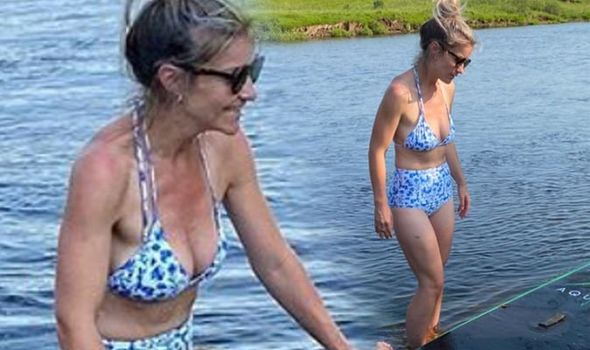 Countryfile star Helen Skelton documented a sun-soaked day on the river with her family on social media yesterday. The 37-year-old television presenter showed off her toned physique in a stylish bikini, when she posted pictures on Instagram that showed her paddleboarding in Cumbria with her children.

The former Blue Peter star donned a pretty blue and white two-piece and headed outdoors to make the most of the warm weather with her two sons Ernie, five, and Louis, three.

The beautiful blonde, swept her hair into a messy bun and completed her summery look with a pair of sunglasses as she wadded into the water.

Helen put on a busty display in her swimsuit as she paddled along River Eden with her son.

The mum-of-two, who is married to rugby player Richie Myler, revealed the family were meant to be in France but opted for a staycation instead. 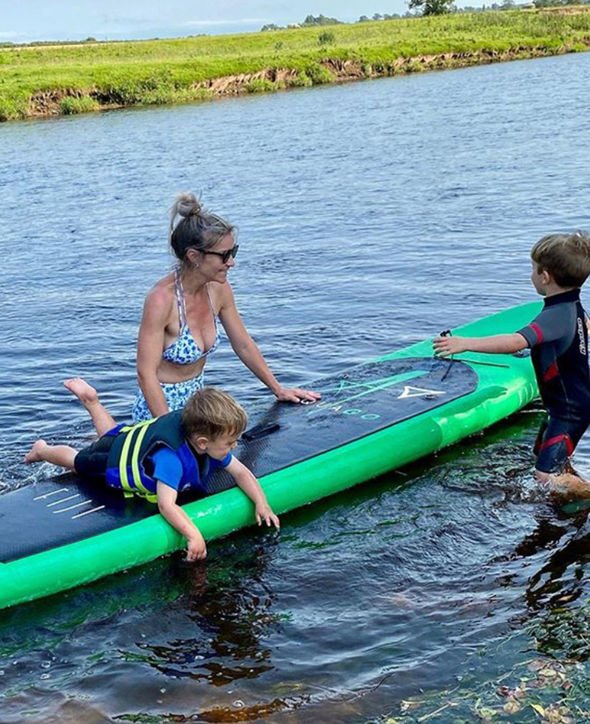 Alongside her sunny snaps, she told her 199,000 followers: “Because river days are holidays……”

“Hoped we would be in @manoirdelongeveau but making the most of the River Eden instead,” the BBC star continued.

Instagram followers and fans took to the comments section to share their thoughts and praise the presenter for being a great role model for her children. 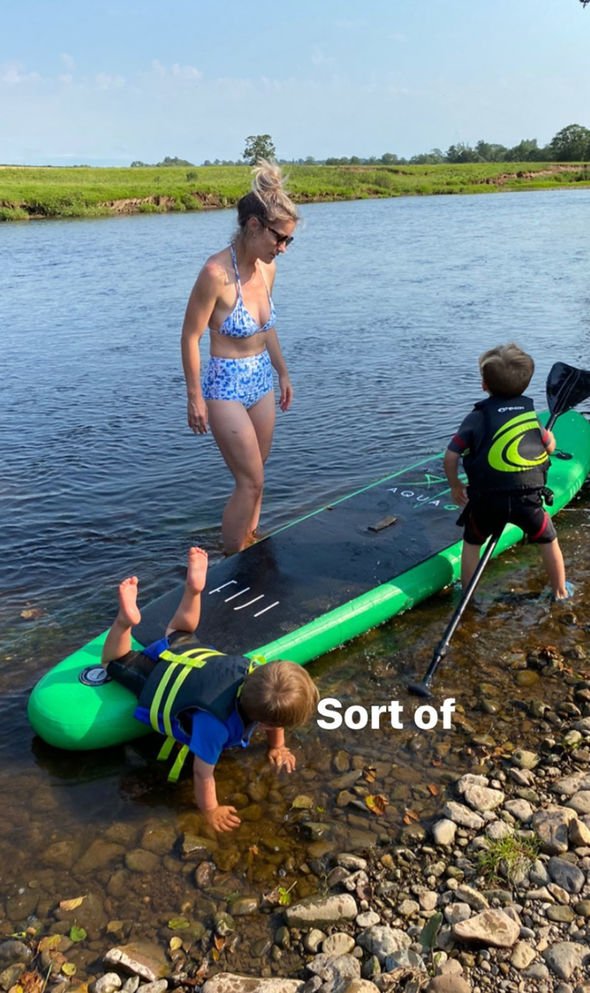 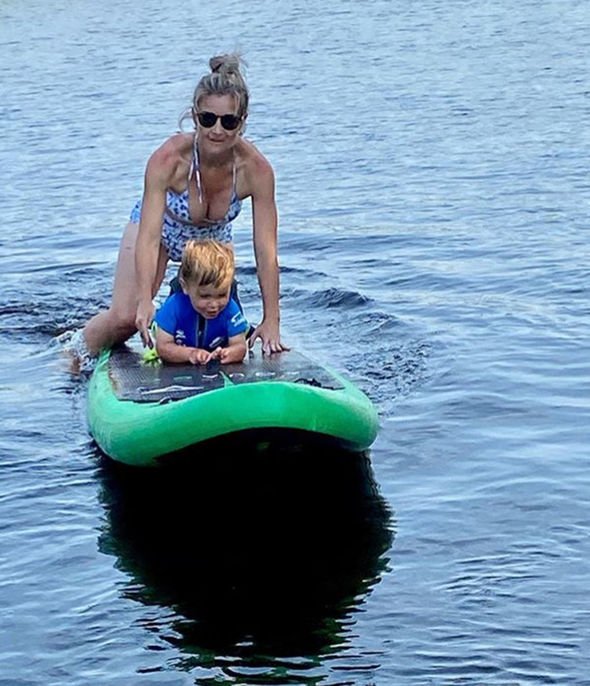 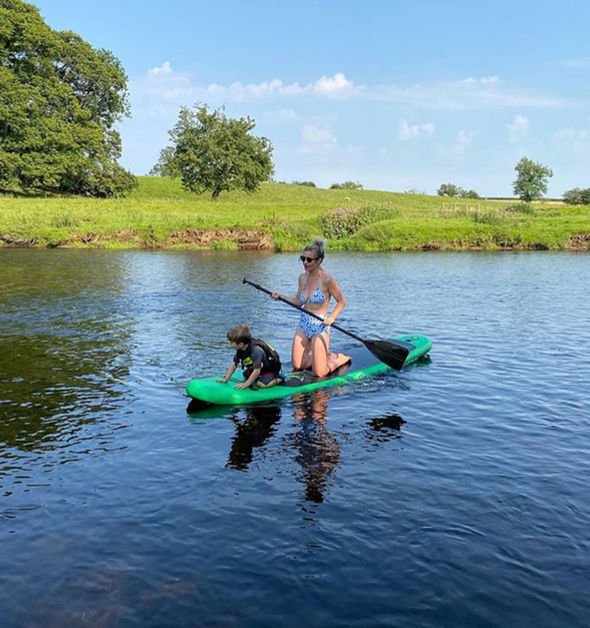 “Great family fun, your boys will remember these days for a long time!” one user wrote next to the pictures.

“Family memories are made on days like these,” another added.

Be very proud, your boys have an amazing role model,” a third remarked, while another added: “Lovely pictures of the family totally at ease in the water whilst respecting the dangers. Great photos, great post. Enjoy.”

“Helen you are absolutely stunning beauty,” a fifth fan added.