The wedding of Prince Harry and Ms Meghan Markle is taking place on Saturday and companies are cashing in with themed products ahead of the big day.

Holly Willoughby and Phillip Schofield were left in hysterics on This Morning on Monday during a segment on Royal Memorabilia.

All of a sudden, two beautiful models bound onto the stage, wearing swimsuits, one with Meghan’s face emblazoned on the front and the other featuring Harry’s. 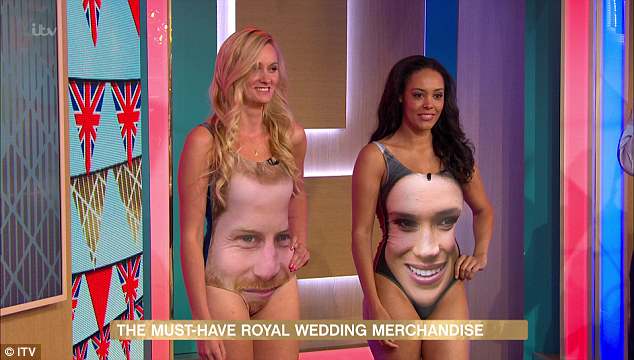 Oh dear! Holly Willoughby and Phillip Schofield were left in hysterics on This Morning on Tuesday over hilarious Prince Harry and Meghan Markle themed swimsuits 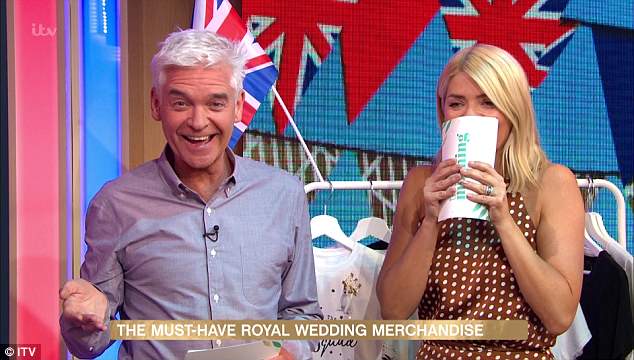 Awkward: The pair could barely contain their giggles as they noted the very awkward placement of Harry’s face

The special items, which were shown to them by co-host Alice Beer, cost £38 from bagsoflove.com.

However, Harry’s face was rather awkwardly placed on the model’s body, leading Holly and Phil to struggle to contain their emotions.

Phil exclaimed: ‘Oh no! What the hell were they thinking? They should have just moved his face up a bit.’

Holly giggled and said: ‘I think they knew what they were doing, actually.’

But better still, the models re-emerged with one-pieces hilariously emblazoned with both Holly and Phil’s faces, with the hosts calling them, ‘lovely, very nice.’ 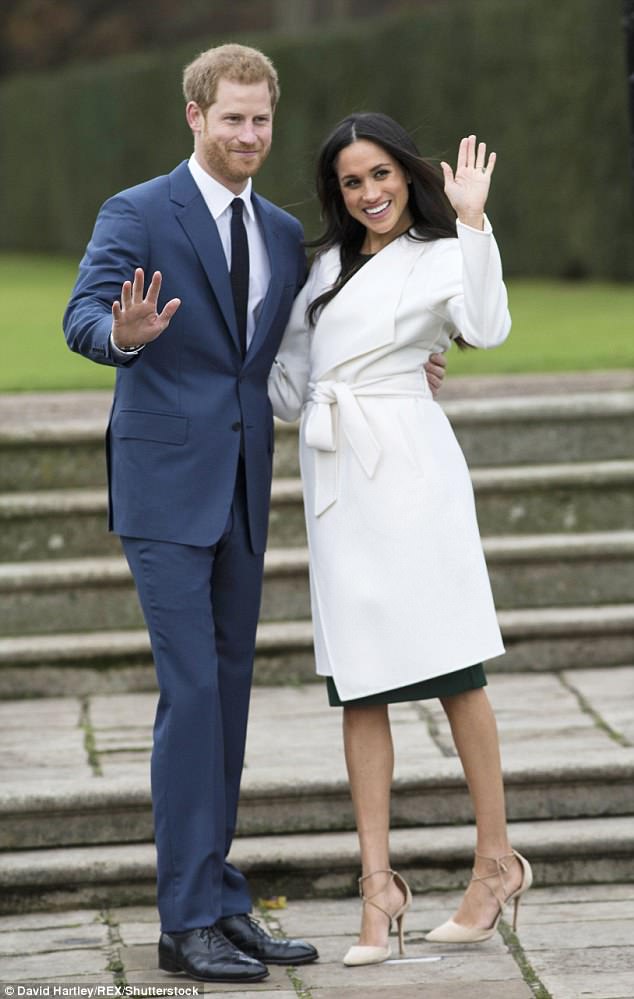 The happy couple: Prince Harry and Meghan Markle are set to tie the knot on Saturday and lots of companies are already cashing in on royal themed memorabilia

Other items discussed on the day were Mr Kipling cakes, champagne, biscuits and beer, all designed with the royal theme in mind.

Prince Harry and Meghan will marry on Saturday at St George’s chapel at Windsor Castle, with 100,000 members of the public expected to line the street.

Stamps featuring Harry and Meghan are going on sale to celebrate the wedding. The Royal Mail has produced a special set of four stamps showing two of the couple’s engagement portraits and bearing Saturday’s date. 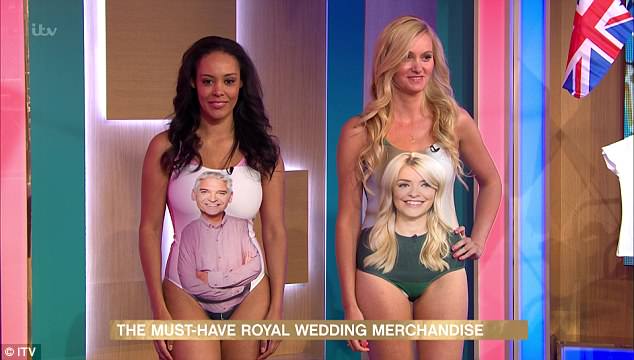 Oh that looks familiar: The models re-emerged with one-pieces hilariously emblazoned with both Holly and Phil’s faces 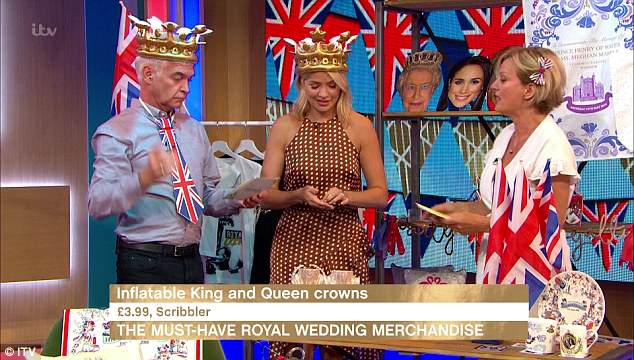 Wedding fever: The TV favourites were pictured trying on inflatable crowns amid a backdrop of flags and regla masks as they got into the spirit of things

The images for the souvenir miniature sheet were taken by New York-based photographer Alexi Lubomirski at Frogmore House in Windsor in December.

Lubomirski, who has described the couple as being ‘so deliciously in love’, has also been chosen as their official wedding photographer.

The stamps will be released on Saturday morning. 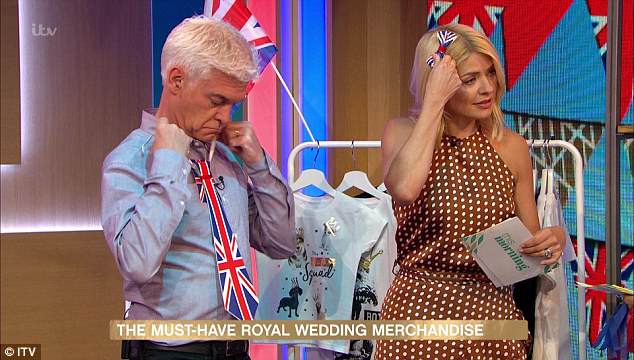 Getting involved: Phillip tried on a Union Jack tie for size, while Holly fashioned a bow in her hair 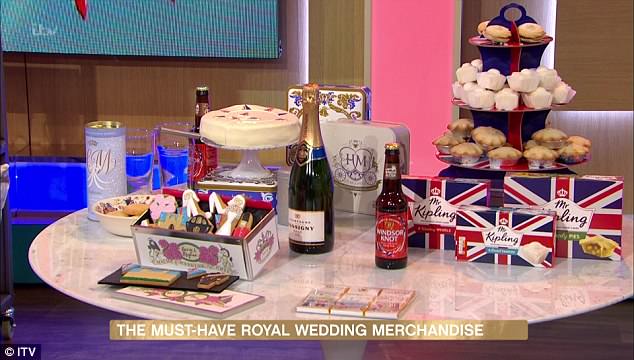 Spoilt for choice: A host of other themed goodies were on display, including champagne, beer and Mr Kipling cakes