The Houston Astros’ former No. 1 overall prospect was just banned 162 games … and, no, it has nothing to do with the team’s cheating scandal.

The MLB announced Francis Martes — a pitcher who was touted as the team’s next big thing back in 2016 — has been suspended for a full season for testing positive for PEDs.

It’s the second time Martes has been busted for violating the league’s drug policy … in March 2019, he was banned 80 games after a positive drug test.

Martes was a BEAST early in his career … ranking as high as 15th overall on MLB prospect lists — but he’s struggled to reach his potential so far.

What’s interesting about all of this … Martes now becomes the first player from the ’17 Astros team since news of their scandal broke to get hit with a punishment from Rob Manfred.

Doubtful that’s what Cody Bellinger was looking for … 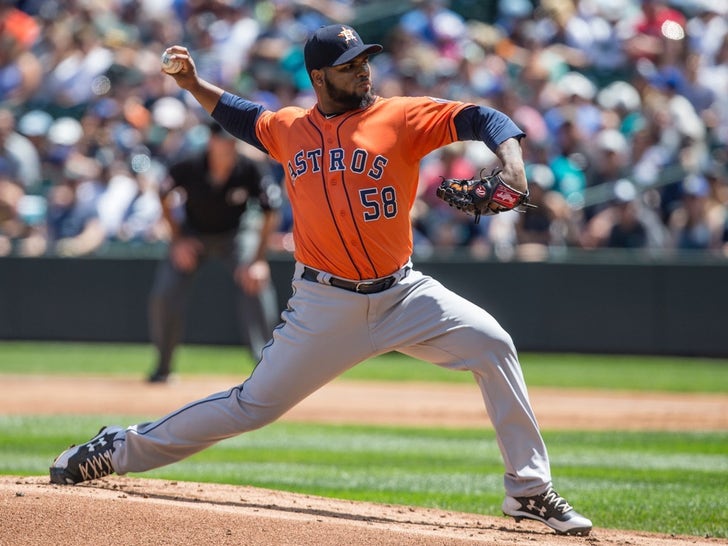