How Is Christina Haack’s New Boyfriend Connected To Her Ex Tarek?

Christina Haack can’t stop raving about her new boyfriend, Joshua Hall. “I met Josh when I wasn’t in a state of fear or fight-or-flight,” she wrote in an Instagram post on July 8. “When we met this past spring, the synchronicities hit us so hard and fast they were impossible to ignore,” she continued. “I felt immediately crazy protective over him and wanted to keep him for myself and get to know each other before the tornado (media attention) hit,” adding that they’d already spent “a few solid months of just us getting to know each other.”

And, according to People, Tarek El Moussa — Christina’s first ex-husband and her current “Flip or Flop” co-star — is supportive of the relationship but only just found out about it. “We don’t know their situation. We’re kind of just finding out too and just learning,” he said to the outlet on July 8.

But, as it turns out, there’s a connection between Joshua Hall and Tarek El Moussa. Keep reading to learn more. 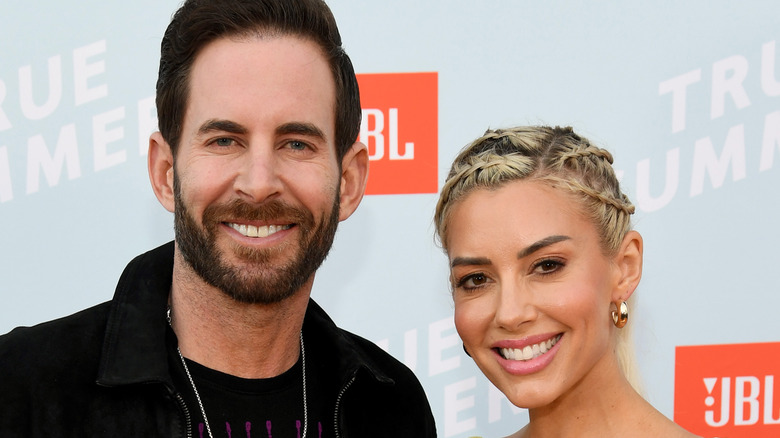 The celebrity world is small, and it just keeps getting smaller. As it turns out, Christina Haack’s new boyfriend, Joshua Hall, is connected to Tarek El Moussa via his fiancee, Heather Rae Young.

The New York Post broke it down. It turns out, Hall’s sister, Jessica, worked with Young on a podcast in 2020. Small world! And while Tarek says he just found out about Hall’s relationship with Christina, he’d met Hall a few times thanks to the podcast connection. Whew!

In case you were wondering, Tarek also “loves” the fact that Haack’s ex-husband Ant Anstead is dating Reneé Zellweger. “I love it! I love it… Good for him. Ant’s a great kid, [Zellweger] seems like a lot of fun,” Tarek said to People. “I like them. I like the setup.” There’s no bad blood between Tarek and Christina, and he seems to be happy she and her ex are moving on.