Considering all of the twists and turns in the case of Drew Peterson – who was convicted of murdering his third wife, Kathleen Savio, in 2012 and is suspected of killing his fourth wife, Stacy Ann Cales Peterson, who mysteriously disappeared in 2007 — it’s no surprise that the former Illinois police officer attempted to lash out at one of the main players responsible for putting him in prison. As the Washington Post reported in 2016, Peterson apparently attempted to hire a hitman in order to take out attorney James Glasgow, the main prosecutor who landed him in jail. After he was convicted of his wife’s murder, Peterson threatened Glasgow directly, per WaPo, warning Glasgow to “never forget my face” as the trial concluded, a threat Peterson himself would later try to make good on.

Nearly two years later, Peterson’s plot was foiled after a jailhouse informant told authorities of his plans, and later was able to get evidence on tape after he wore a wire, recording a conversation with Peterson in which the convicted murderer saying as much. But considering that any typical murder-for-hire involves a bonafide monetary transaction, what exactly did Peterson plan on using for payment? And does he have a net worth to begin with, considering his almost guaranteed lifetime prison sentence? Read on down below to find out more. 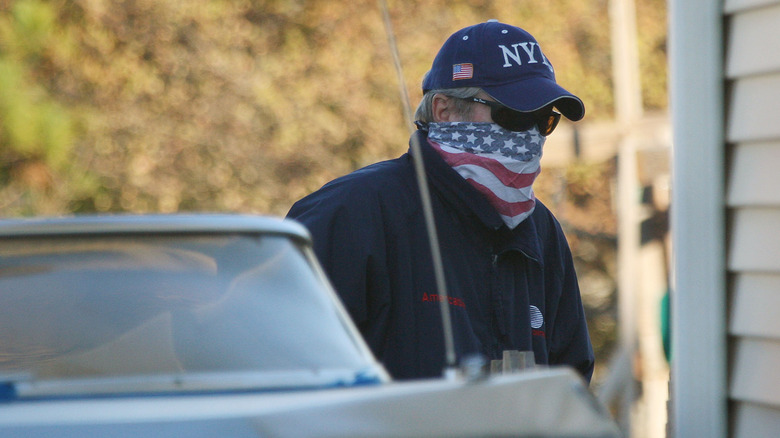 According to the Associated Press, Drew Peterson’s murder-for-hire plan to kill off Chicago prosecutor James Glasgow involved a promise from Peterson to pay his potential hitman a total of $10,000 for the job. As the media outlet noted, Peterson told Antonio “Beast” Smith — the inmate he solicited for the attempt on Glasgow’s life (and who later became an informant for the prosecution and wore a wire to record Peterson’s dealings) — that the payout would come from money Peterson was purportedly “owed.”

Per AP, Peterson’s rage at Glasgow wasn’t only contained to his role as the prosecutor who convinced a jury of his guilt; it also had to with the fact that Peterson held the lawyer responsible for the possible loss of his $79,000 annual tax-free pension as a former police officer, and for the loss of his son Stephen’s job as a member of the Oak Brook police force, also located in Illinois. (It is unclear as to whether Peterson would have paid a would-be assassin the designated fee from a restored pension if his plan worked but that may be the case.)

And as for Drew Peterson’s actual net worth? Surprisingly, a number of sites estimate that it’s anywhere in the range of $19 million to $25 million — which, as a prisoner, he is ostensibly unable to access directly.