Hugh Hefner’s widow, Crystal Harris, is remembering her late husband on the two-year anniversary of his death on Friday, September 27.

“Missing you for two years today,” she wrote on Instagram, adding a red heart emoji. The 31-year-old model’s social media post led with a pic of the former couple both donning his iconic red Playboy red robe and white sailor hat for Halloween in 2014.

Several shots of the pair posing together followed, including one of them on their wedding day and another of Harris kissing Hefner on the cheek. The duo were also pictured together with Hefner’s youngest son, Cooper. (Hugh was also the father of Christie, David and Marston.) 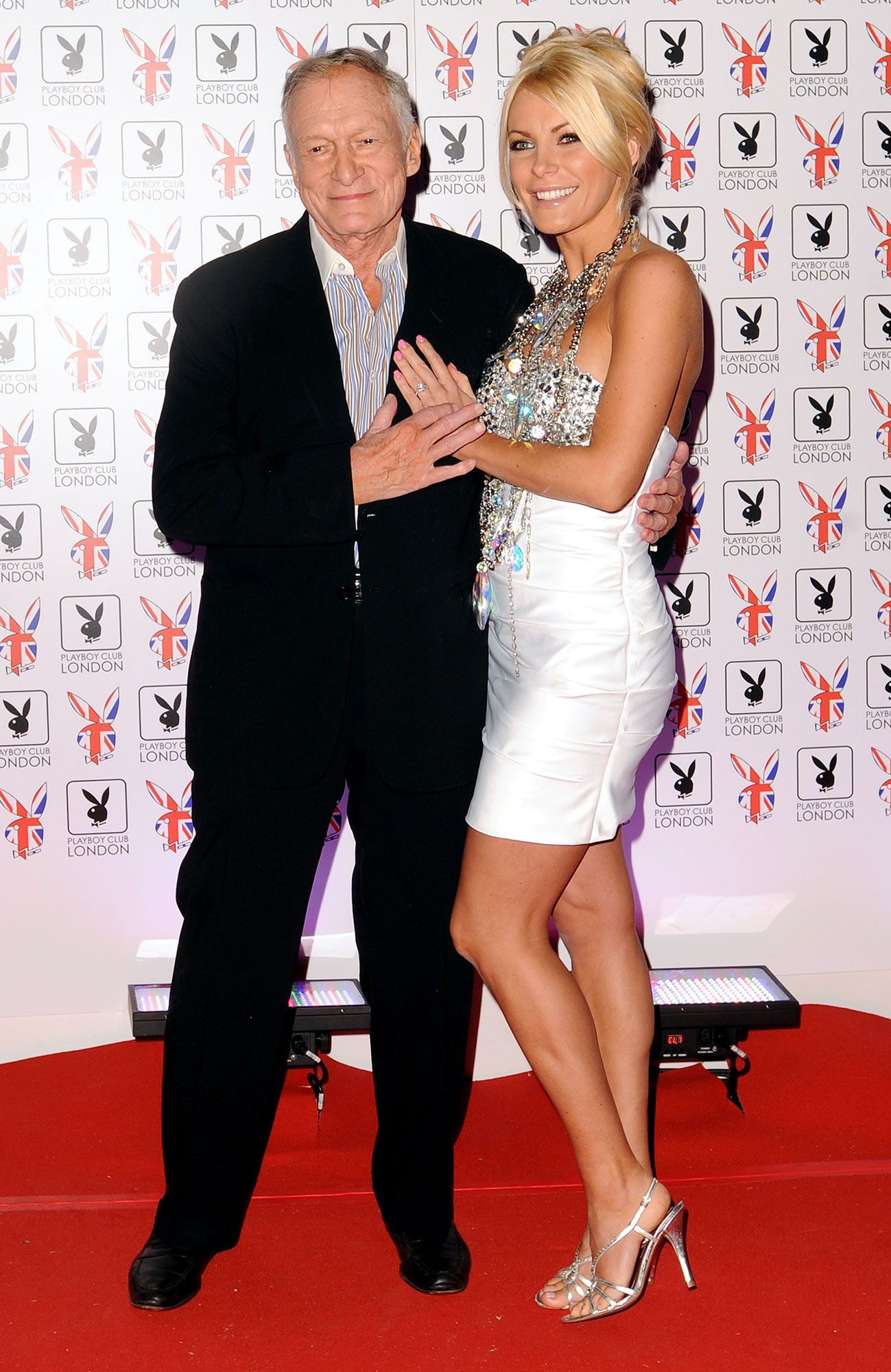 In 2017, Hefner died at age 91 at the Playboy Mansion in Los Angeles. His cause of death was sepsis, which is a life-threatening health issue brought on by an infection. In the businessman’s case, it was linked to E. coli.

“Hef passed away on September 27, 2017. On the 2nd anniversary of his death, we remember his love of life, his infectious laugh, and his lifelong fight against injustice,” a statement from Hefner’s Twitter page read on Friday. “We celebrate him as a true visionary, an activist, adventurer, and coolest pajama wearer. We miss you, Hef.”

One year after the magazine publisher’s passing, Harris opened up to Access Hollywood about what life was like with her former spouse.

“I’m doing OK,” she said at the time. “The first three months were really, really hard and from then on, I just thought, ‘OK, I need to get out of here. Go do something.’ So I started traveling and I kind of been all around the world since trying to find myself because I was such a part of Hef’s world for 10 years … I’m trying to kind of find myself and see what I like.”

Baby 'born with antibodies' after mum caught coronavirus while pregnant