‘iCarly’ star Miranda Cosgrove says it was ‘scary,’ ‘challenging’ to be called a role model during teen fame

When Miranda Cosgrove starred in “iCarly,” she wasn’t prepared for the enormous responsibility that came with being viewed as a role model.

“I feel when I was little and people would call me a role model, I think it always was really flattering, but it’s also scary because when you’re a little kid and someone’s calling you a role model, it’s like, ‘Oh no, I don’t want to let anyone down,'” the former child star told PEOPLE magazine on Wednesday.

“But you also aren’t fully formed and you don’t really know how to be a role model,” she shared. “So there are nice things about it but it’s also challenging.”

According to the outlet, the actress got her start at age 3 when she first appeared in TV commercials. By age 14, Cosgrove appeared alongside Jack Black in “School of Rock.” Her fame skyrocketed in “iCarly,” a hit teen sitcom that aired on Nickelodeon from 2007 until 2012. 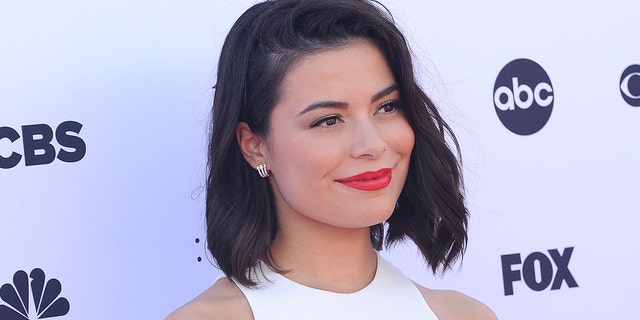 Actress Miranda Cosgrove is gearing up for the ‘iCarly’ revival.
(Photo by Jason LaVeris/FilmMagic/Getty Images)

Now, the Los Angeles native is returning to her roots. Cosgrove is preparing for the premiere of the “iCarly” revival, which she both stars in and executive produces.

The revival, which is set 10 years later, follows Carly and her friends as they attempt to navigate love, friendships and family in their 20s.

“I feel from this experience, in particular, I’ve learned a lot of things really fast that I never knew about before,” Cosgrove told the outlet. “I’m getting to help edit all the episodes. I’ve never edited anything in my life. So just even seeing all the behind-the-scenes stuff, even talking to the set designers from the very start, figuring all that out and see how they put the sets together. These are all things that I’ve never done before. So it’s just been a real learning progress and I’ve really enjoyed every second of it.” 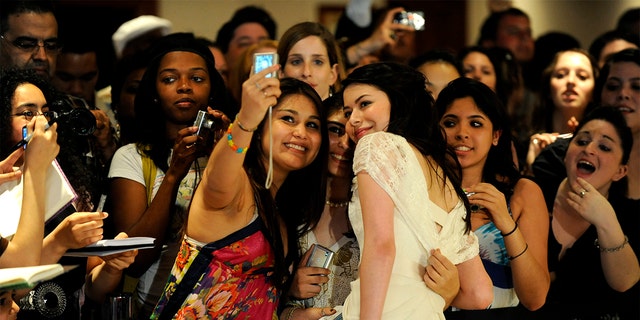 Miranda Cosgrove said it was ‘flattering’ to be labeled a ‘role model,’ but it was also ‘challenging.’
(Getty )

“And I also just feel like I’ve gotten better at speaking up for myself because when you’re being asked questions all day long about, ‘Where should this go? What should we do, and do you think your character would say this?’ – you really start to get used to it,” she continued. “People are looking to me and asking me questions, so I feel it’s been really empowering and that’s one of the things that I’m most proud of from this experience.”

When Cosgrove is not busy working on the highly anticipated series, she fosters animals in need. And despite her whirlwind rise to stardom, Cosgrove said she’s grateful for everything she’s experienced. 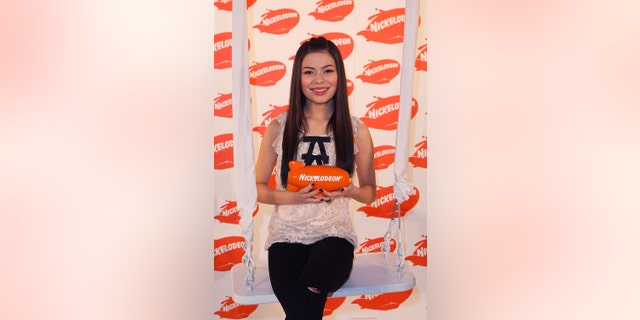 “I wouldn’t say I have any regrets because I am really grateful for all the opportunities I’ve had and I do think even hard stuff makes you who you are,” she said. “And I think I had a lot of amazing experiences making the show. I wouldn’t change anything, but I am grateful for this experience because I think it’s just made me kind of see it in a new and even better light than I did before.”