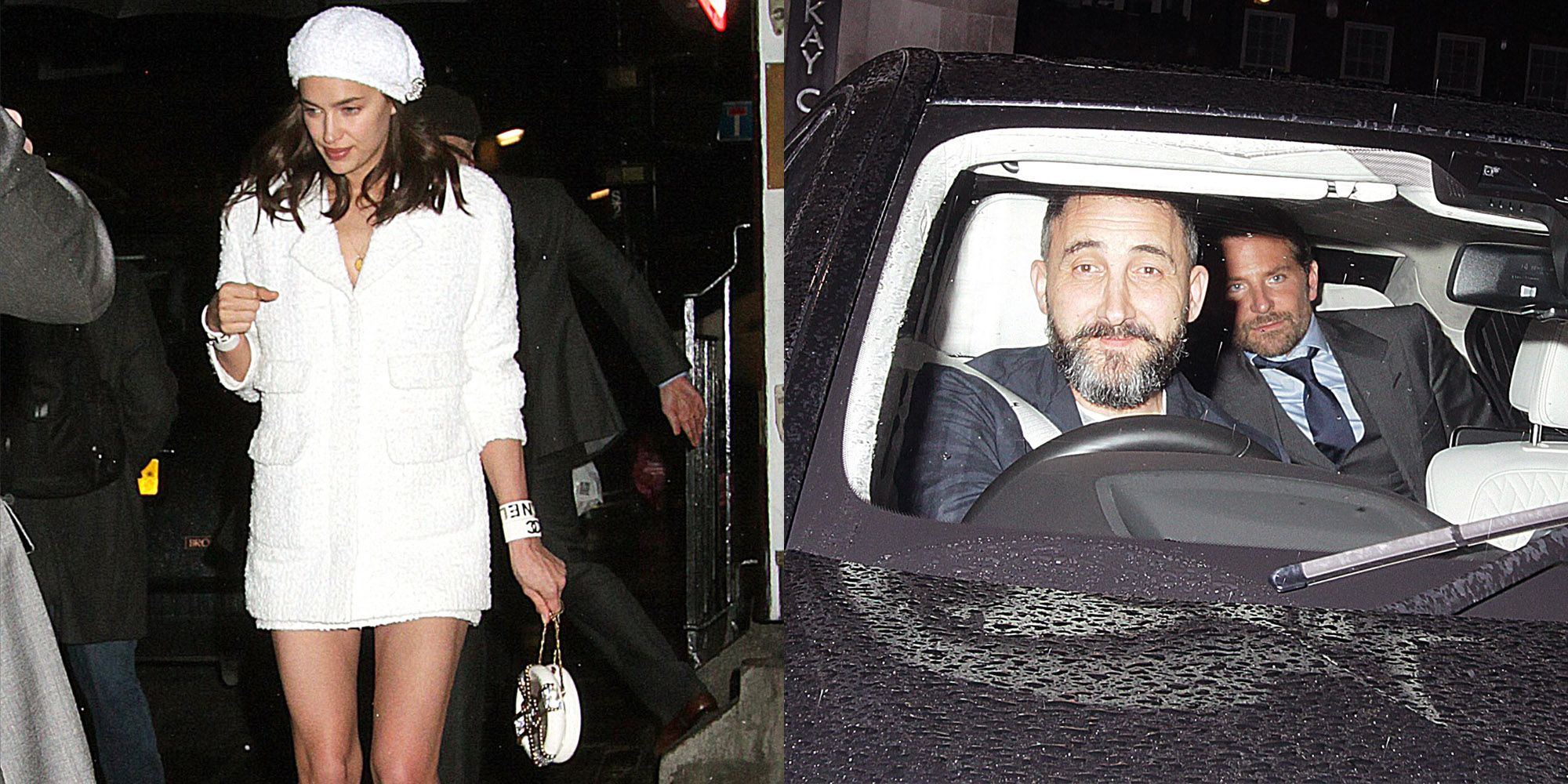 Before hitting up the BAFTAs red carpet in coordinated suits yesterday, Bradley Cooper and Irina Shayk dressed up for a dinner out in London the night before. The couple jointed other A-list guests at an annual pre-BAFTAs gathering hosted by Charles Finch and Chanel, which took place at the private club 5 Hertford Street and its downstairs club, Loulou’s, WWD reports.

Shayk stayed true to the Chanel theme in a fresh white ensemble by the French fashion house, consisting of a tweed jacket and matching skirt from the label’s Cruise 2018/2019 collection.

Her beret and lace-up oxfords added an extra Parisian touch, and her small white circle bag added a playful spin to the ladylike ensemble.

Meanwhile, Cooper looked sharp in a dark three-piece suit, blue shirt, navy tie, and watch. Though he wasn’t seen flaunting his look like Shayk, he was spotted in the car as he and his model girlfriend made separate exits from the party.

On the night of the BAFTAs, Shayk ditched the all-white color scheme for an all-black look that featured a Burberry tuxedo jacket, trousers, and embellished heels. Cooper, on the other hand, went with a slick Celine by Heidi Slimane look with a bowtie.

Before heading over to the U.K. altogether, Cooper and Shayk also showed off their casual couple style when they appeared at JFK airport in New York before jetting across the pond.

Despite making more frequent public appearances with Cooper this awards season, Shayk still seems intent on keeping her private life private. “Because my work requires me to be out there, I just decided my personal life will be quiet,” she told Glamour UK. “That’s why it’s called personal, because it’s something for you and your family, and I feel happy with it.”