Is Jesper A Grisha In ‘Shadow And Bone’? This Tiny Detail Could Be A Hint 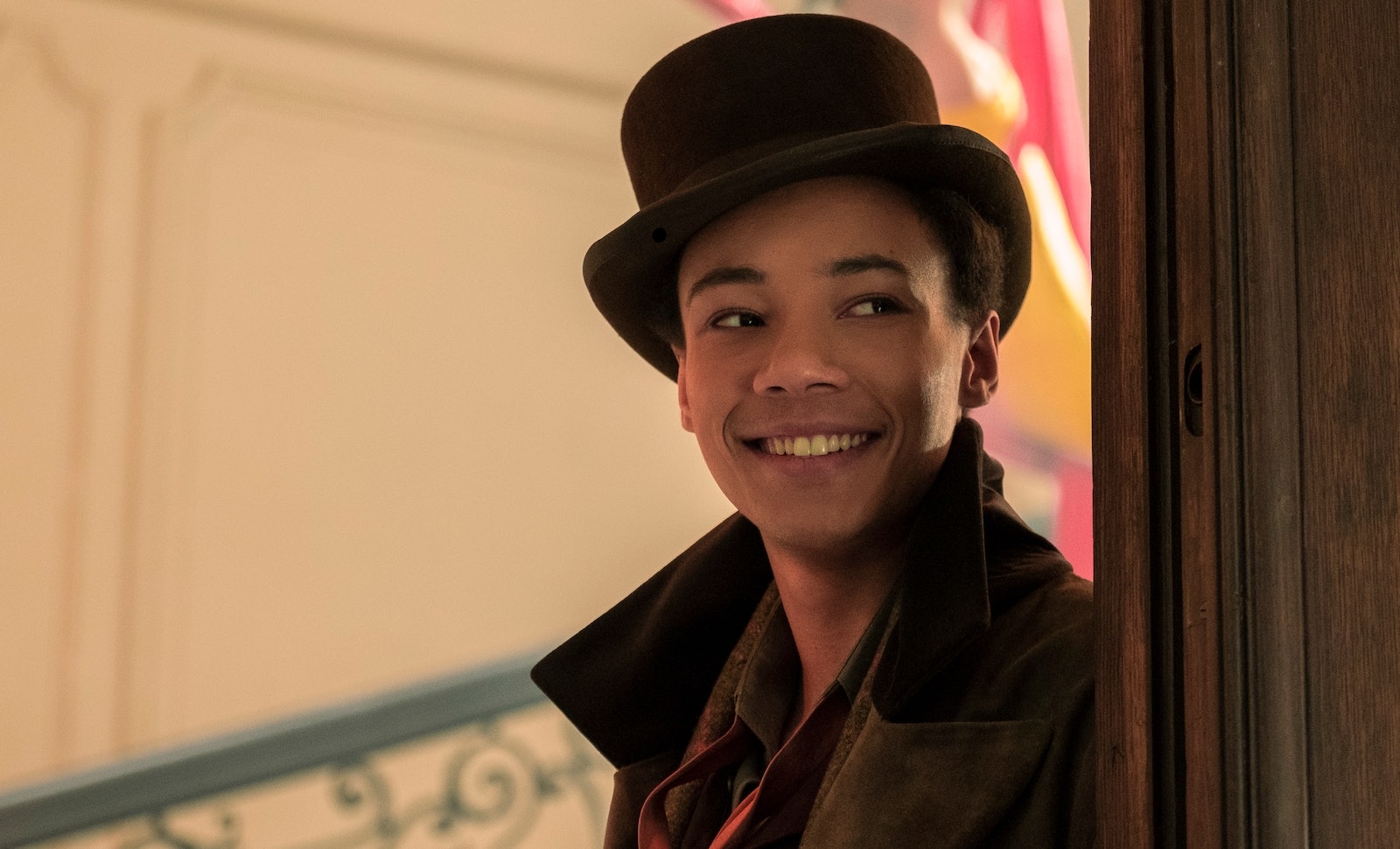 There’s no denying which Shadow and Bone character became an instant fan-favorite right after Season 1 premiered. The gambling sharpshooter Jesper is a much-needed source of lighthearted fun amid the dark and serious tone of the high-fantasy drama, but there may be more to him than meets the eye. Spoiler alert: This post contains spoilers from Netflix’s Shadow and Bone as well as author Leigh Bardugo’s Grishaverse books. One notable exchange should get fans wondering about whether Jesper is a Grisha in Shadow and Bone, because he definitely seems to be hiding something big.

After making their daring escape from the Little Palace, Kaz, Inej, and Jesper resigned themselves to heading back home empty-handed… until General Kirigan and his forces tracked them down. The Crows split up to get a better chance against the Grisha, and something very interesting arose during Jesper’s face-off with the heartrender Ivan. Although Ivan told him that Grisha uniforms are impervious to bullets, Jesper was able to beat him by shooting Ivan in the exact same spot three times. Jesper has shown off his incredible sharpshooting skills a lot in Shadow and Bone, but Ivan picked up on the fact that there may be more to his talents than meet the eye.

"What are you?" Ivan asked him incredulously after being shot. Jesper avoided the question, until Ivan was about to spill his secret. "You’re a…" was all Ivan could get out before Jesper knocked him out and shushed him, confirming he is, indeed, hiding something.

Those who read the Six of Crows books already know this secret, but Shadow and Bone viewers never learned the truth in Season 1. Jesper’s big secret is that he is actually a Grisha. Specifically, Jesper is a Durast, which is a type of Grisha who can manipulate anything solid on a molecular level, such as metals, stone, and plants. Ivan likely picked up on Jesper’s ability after witnessing his unreal sharpshooting ability, assuming his Durast nature allowed him to control the bullets.

Of course, this all leads to the big question of why Jesper is hiding that he’s a Grisha. The obvious answer is that Grisha are resented by the general public in Ravka, but his backstory in the books provides a more important reason. Jesper’s mom was a Grisha who died after she used her powers to save two children from poisoning. Because of his mother’s fate, Jesper’s non-Grisha father ordered him to never use his powers. 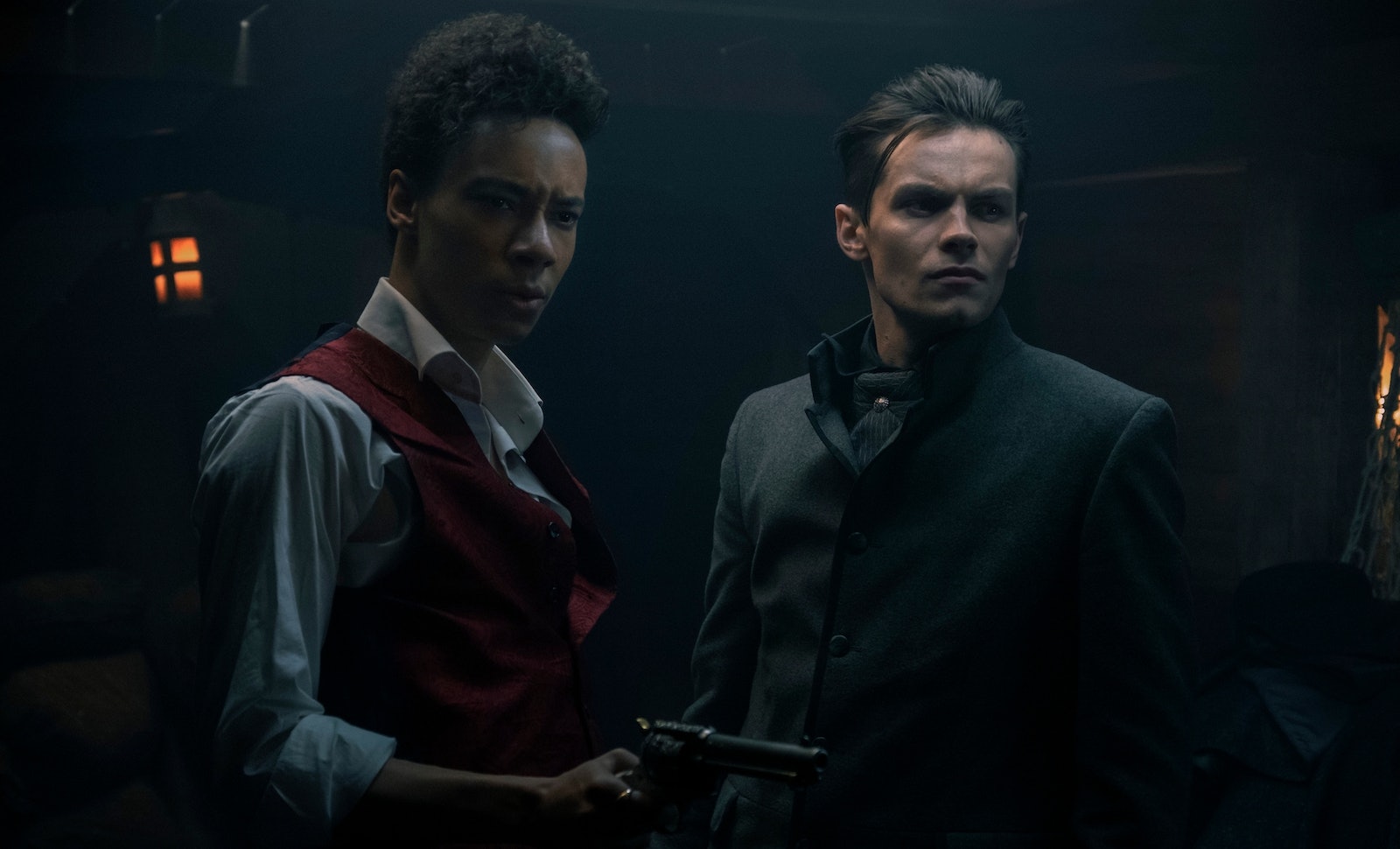 Unfortunately, Grisha who don’t use their powers develop certain sicknesses. Jesper’s sickness is his tremendous amount of energy that can’t be released through his powers, so it causes him to act recklessly and make rash, unwise decisions.

Season 1 showed a lot of Jesper’s fun side, but since it also teased that his Grisha identity will come to light eventually, Shadow and Bone fans can expect to see more of Jesper’s dark backstory unfold in potential future seasons of the show.

Shadow and Bone Season 1 is on Netflix now.