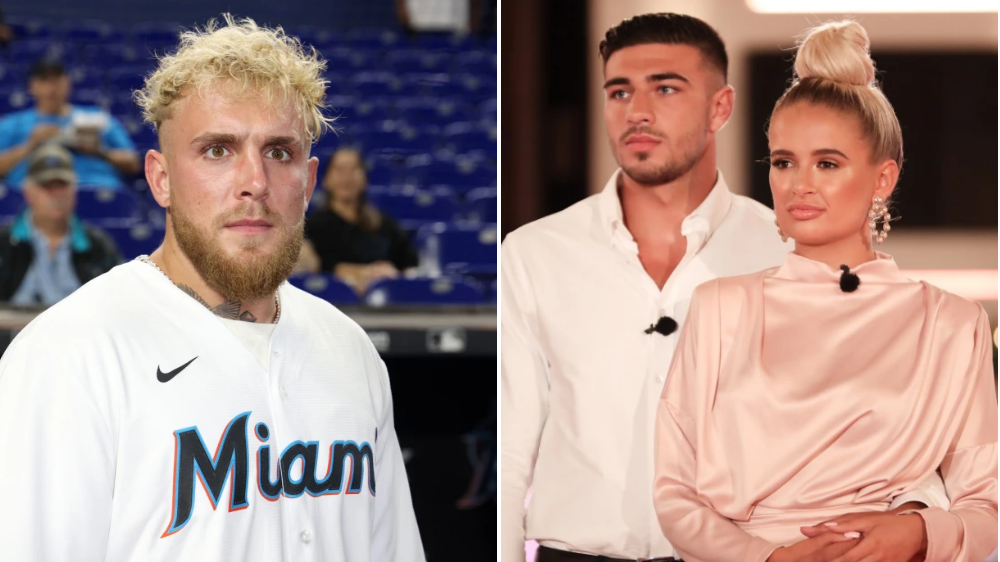 Jake Paul couldn’t help but fire off a zinger at Tommy Fury after his rival announced he is expecting his first child with Molly-Mae Hague.

Love Island stars Tommy and Molly-Mae announced their pregnancy news in a video shared on Instagram, much to the delight of their loved ones and fellow cast mates.

But YouTuber-turned-boxer Jake had quite a… different take on it all and responding to the post, he wrote: ‘Shocking. Tommy usually pulls out.’

Although we’re speechless, Jake’s dig refers to how his competitor was recently forced to put out of a fight that had already been rescheduled after he was denied entry to the United States.

Clearly unimpressed by the situation, the social media personality accused his nemesis of going into hiding and he terminated their fight contract in the process.

Jake wrote on Twitter in July: ‘Fury’s received a termination notice. MVP did everything it could to help him & team.

The clip then cut to the couple holding the model’s baby bump and embracing one another.

The pair met on the fifth series of the hit reality show, finishing as runners-up behind Amber Gill and Greg O’Shea.