James Martin, 46, is known for his delicious recipes which he displays on his ITV show along with celebrity guests.

But the chef admitted his morning routine is rather unusual as he revealed he has a can of Red Bull and a chocolate Twix bar for breakfast.

When quizzed by GQ on what is worst vice is, James recently spilled: “Red Bull is my vice, really.

“I usually have one for breakfast – just a can of Red Bull and a Twix and I’m sorted until about six o’clock!”

I usually have one for breakfast

James also said cars are his greatest extravagance and revealed he has been collecting the vehicles for almost 30 years.

He spilled: “There are 41 in the collection. The prize of the collection? A 1965 competition-spec Ferrari 275. That’s a proper thing.”

James continued: “And the latest one I just bought was Colin McRae’s Ford Focus from 2002 – he won four rounds of the World Championship in it.

“And I bought a lovely Alfa two days ago, one of only six ever made. My first ever classic car was a Gullwing.”

The ITV favourite explained he prefers a classic model instead of splashing out on a fancy car.

“When you make a bit of coin in this job you go out and buy a bloody poncey Lamborghini,” he said. 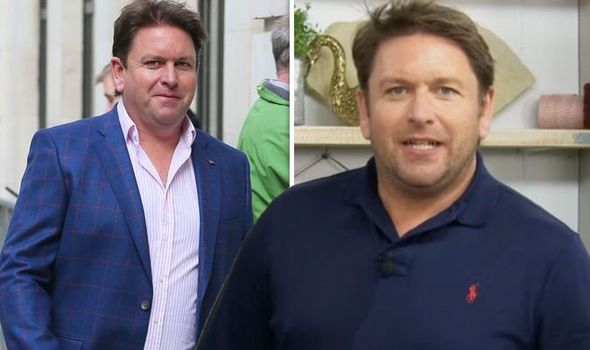 “But I didn’t like poncey Lamborghinis, I wanted an old classic. So I drove to Essen in Germany for one of the biggest classic cars shows in the world, walked through the door, turned right and there was two Gullwings for sale and I bought the one on the right, and that was my first ever classic car: a [Mercedes-Benz] 300 SL ’55 Gullwing.”

He told The Sun: “I looked on social media and every comment was about me being fat.

“So I lost a stone-and-a-half. And no doubt I’ll lose another stone on this tour.”

But insisting the comments didn’t get the better of him, he added: “I’ve always been surrounded by food. 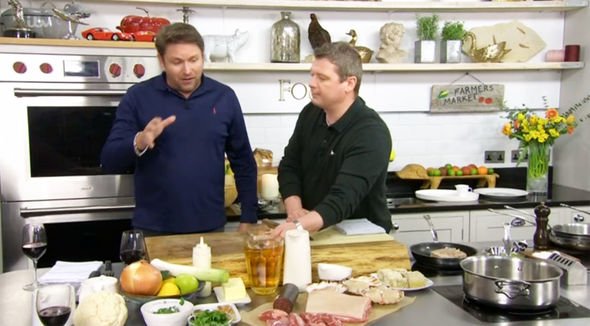 “I was brought up on a farm, I worked on a farm producing pigs.

“You have to understand food and I am seriously passionate about ingredients.”

James has been hosting his ITV self-titled show since 2017 after leaving Saturday Kitchen on BBC One three years ago.

Matt Tebbutt took over presenting duties on the cookery series.

James Martin’s Saturday Morning airs Saturdays on ITV at 9.30am.