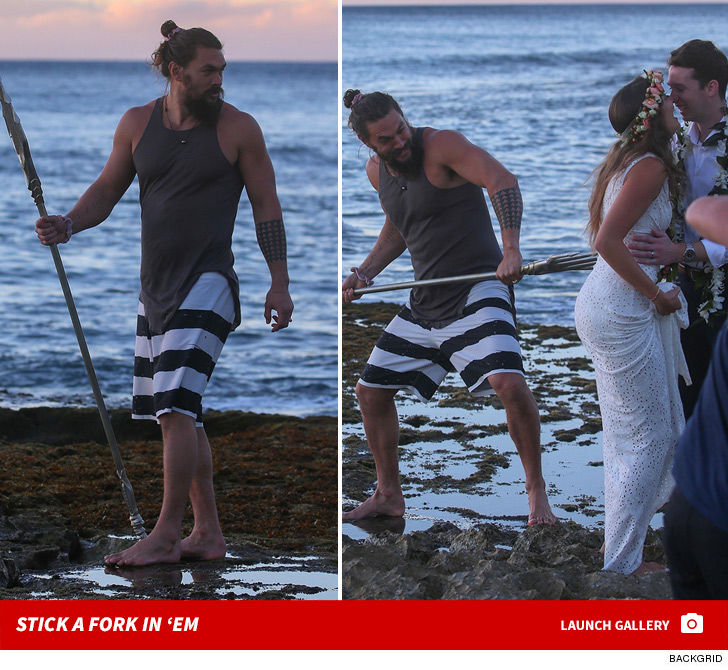 Jason Momoa is having a ton of fun as “Aquaman” — taking the onscreen gig to the beach in Hawaii with a huge trident — and ya gotta see what he did next!!!

Jason quickly got into character when a bunch of kids came up to him Thursday in Oahu and asked him to play with their giant toy trident … and then he channeled Vince Vaughn and Owen Wilson and crashed a wedding!

The kids weren’t the only ones making everlasting memories with Aquaman, because Jason and the trident sneaked up behind some unsuspecting newlyweds for an epic photobomb.

Check out the gallery … Jason lives up to his superhero alter ego, even though he’s rocking board shorts. Aquaman turns into selfie man, taking tons of photos with his little buddies before crashing the party.