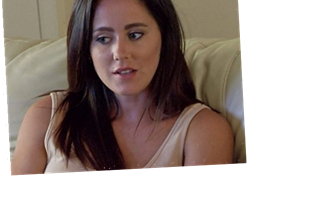 Jenelle Evans: Yeah, I’m a Racist! Deal With It, Haters!

There are so many reasons to dislike Jenelle Evans that it can be difficult to settle on which aspect of her character is the absolute worst.

She’s cruel to the adults in her life, and she’s negligent toward the children.

She’s a chronically unemployed, unrepentant substance abuser, who creates drama in other people’s lives as part of her continued effort to remain relevant.

But for our money, the most detestable thing about the former Teen Mom 2 star is the fact that Jenelle is a racist.

Yes, Evans occasionally makes a half-hearted attempt to hide her bigoted worldview, but  her efforts usually consist of refusing to speak about race-related news stories or comment on the hateful nonsense that her husband posts on social media.

She does this not because she disagrees with David’s racism, but because she’s afraid that speaking about his views publicly might cost her precious sponsored content deals.

So instead, Jenelle refuses to comment on the murder of George Floyd or other racially-based injustices, and she thinks she’s fooling anyone into thinking that she’s not a full-blown bigot.

Thankfully, most people aren’t buying it.

Earlier this week, Jenelle took a major step by actually commenting on a race-related news story.

As you’ve probably heard by now the publisher for the late Dr. Seuss has decided to stop printing new editions of six of the late children’s author’s books.

Folks like Jenelle and David responded to the news with far more fury than the situation called for, and now, the Easons are making it clear that they’re 100 percent Team Seuss.

“Now I’m ‘racist’ because I post my kid listening to Dr Seuss books,” she continued.

“Well then I’m probably racist because I read Dr. Seuss books when I was five,” David responded.

This is the closest the Easons ever come to commenting on current events, and it’s a good reminder of why they should leave that sort of thing to the grownups.

For starters, why are the kids listening to recordings of Dr. Seuss books?

These kids live with two unemployed adults; someone should be reading those books to them.

That brings us to our next question:

David was reading Dr. Seuss books when he was five?!

We have a hard time believing that David can read a Dr. Seuss book now.

But the our biggest bone to pick has to do with Jenelle’s willful misrepresentation of the argument that the otrher side is putting forth:

They’re saying that six books out of his massive body of work contain images that no longer align with societies standards in terms of  the sort of content that’s acceptable to show to young children.

But Jenelle decided to take this opportunity to send a dog-whistlt message to her fellow racists and let them know that she’s still on their side.

Remember this the nect time Jenelle complains that some brand cut ties with her because of her “past.”

Sadly, revolting views are very much a part of Jenelle’s present.