Loyal fans of the Today Show know that after years on air, the show’s stars are truly like family. So much so, that naturally they know each other better than anyone, and that includes what they’re really like off the air too.

During Tuesday morning’s episode of 4th Hour with Hoda and Jenna, while Hoda Kotb is away for the week, Willie Geist took her place next to Jenna Bush Hager.

The two quickly got to talking about a wedding almost all of the Today crew attended, and how much fun they had, prompting Jenna to reveal what none other than Al Roker is really like off the air and at parties.

WATCH: Al works up a sweat in his impressive home gym

As the two recalled hitting the dance floor, and joked about what they could and could not reveal, Jenna shared something she never had before about Al.

Since the weatherman is so familiar with being on the spot and on television for many years, it’s only natural he would have some opinions about other people taking the stage! 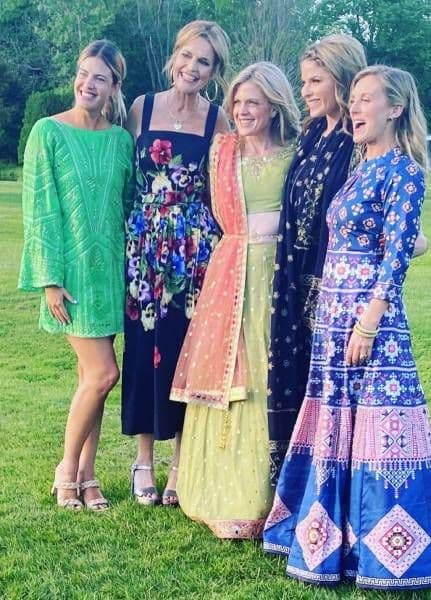 “It’s very funny, I mean it was hilarious,” the morning show host went on to confess.

What’s more, Willie explained that the mom-of-three gave her own toast at the wedding, so she also was at the end of Al’s hilarious judgment.

The Today crew have always proved they really are like family

Willie revealed: “He was very supportive, and he wasn’t of all of them… I won’t say who,” commending Jenna for a “beautiful” speech despite the tough crowd.

The former First Daughter was heavily involved in the wedding, with even her own daughters Mila and Poppy participating in the festivities.