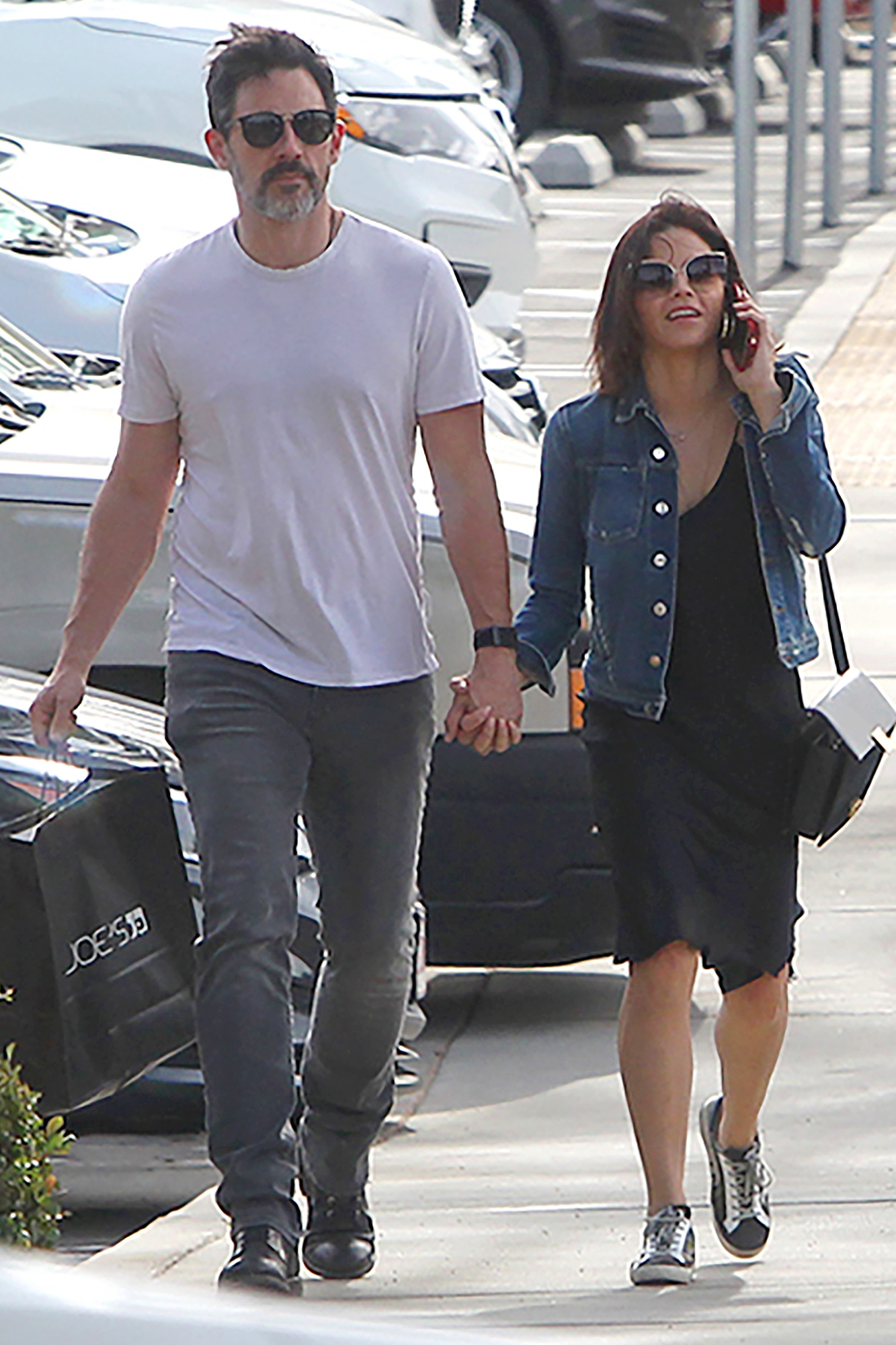 The new couple were spotted holding hands at the Desert Hills Premium Outlets in Cabazon, California. Dewan, 37, was all smiles while talking on her phone and walking down a sidewalk with Kazee, 43, who carried a black shopping bag from Joe’s Jeans.

The Resident star rocked a denim jacket over a black dress, while the Tony winner kept it casual in a white T-shirt and faded black jeans. They both sported dark sunglasses.

“It was very obvious they were together,” an eyewitness tells Us Weekly. “He was following her around everywhere, and they were very cute together. They did not show PDA, but they definitely looked lovey-dovey and were laughing together and seemed truly happy. They were just like a normal and casual couple.”

Us confirmed earlier in the week that Dewan recently started dating Kazee amid her divorce from Channing Tatum. She was seen kissing her new man at the Casamigos Halloween party in Beverly Hills on October 26.

The former World of Dance host and Tatum, 38, announced in April that they had called it quits after eight years of marriage. They share 5-year-old daughter Everly.

“We fell deeply in love so many years ago and have had a magical journey together. Absolutely nothing has changed about how much we love one another, but love is a beautiful adventure that is taking us on different paths for now,” the estranged couple said in a joint statement at the time. “There are no secrets nor salacious events at the root of our decision — just two best friends realizing it’s time to take some space and help each other live the most joyous, fulfilled lives as possible. We are still a family and will always be loving, dedicated parents to Everly.”

Dewan and the Magic Mike actor (who is now dating singer Jessie J, as Us exclusively revealed in October) have maintained an amicable relationship since their separation. They even reunited on Halloween while trick-or-treating with their daughter.